Matt Tebbutt was back today on BBC with Helen McGinn on hand to help out with viewers’ sunny weekend wine needs. However, early on in the show, Matt was left panicking as chef Freddy Forster set fire to his grill but seemed unfazed by the flames shooting out.

Radio 1 DJ Greg James was the guest star on Saturday Kitchen today and was given the choice of a Food Heaven of a pizza with asparagus and a perfect egg yolk in the middle, or Food Hell of custard doughnuts.

The viewers, as usual, were given the power to decide and it became very clear that Gregg was not interested in the custard choice.

First up, however, Freddy Forster created a lamb dish accompanied by aubergine fritters and baby gem lettuce cooked on the grill provided.

It was all going well until he began to plate up and the grill started throwing out flames. 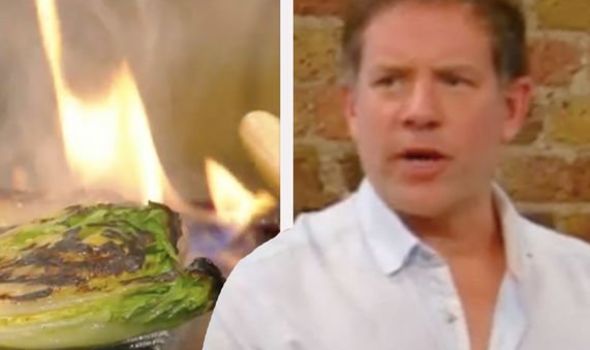 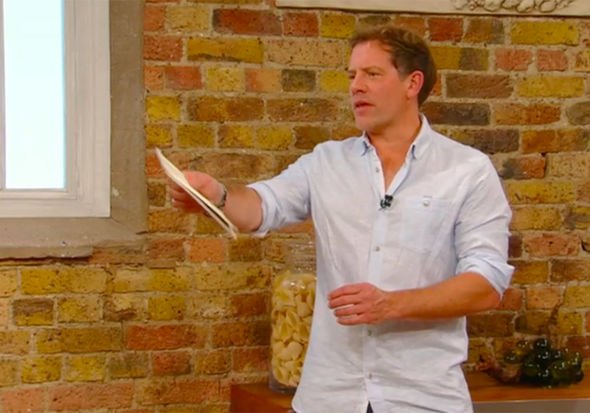 He turned it off but it continued to burn, causing Matt some concern, but Freddy was completely cool about it.

As it continued to burn, Matt said: “Obviously if you set fire to your grill at home, throw a damp tea towel over the top of it.”

The chef continued to plate-up while still unfazed and said: “You can really smell that smokiness coming out now, which is what you want.”

Matt continued: “If people are worried about the flames burning, that’s just going to burn out, right?” 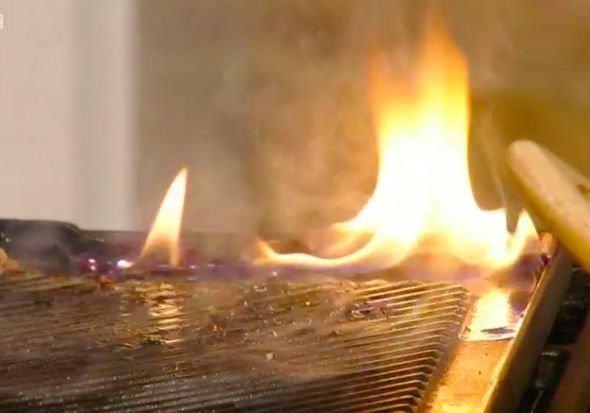 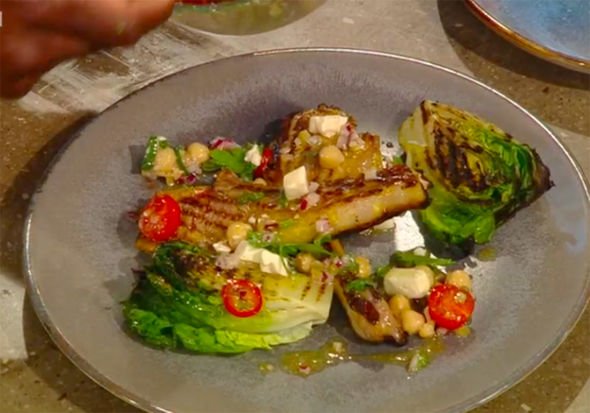 Freddy said: “Yeah it will just burn out and having that extra smokiness on your plate is really nice and adds flavour.”

The host scoffed: “I’m not sure our smoke alarm will agree,” as the flames began to calm down leaving a river of smoke in its path.

Fans were left calling out the chef for his comment about the smokiness of the food.

One viewer tweeted: “Your kitchen is on fire, that’s why you are getting the smokiness coming through! #SaturdayKitchen @gregjames @SaturdayKitchen.”

“Ooo, pyrotechnics today too!” added another.

A third explained: “Love the way the chef is just carrying on regardless with the grill aflame next to him!  #SaturdayKitchen.”

“Matt Tebut acting very calm on @SaturdayKitchen as the kitchen slowly burns down,” said a fourth.

And last but not least a viewer very handily said: “GUYS YOUR KITCHEN. IT”S ON FIRE!”

At the end of the show came the moment of truth and Greg was to find out what the audience had chosen for him to eat.

He reiterated that he wanted the pizza and even though it was incredibly close, the audience were on Greg’s side.

And so as Greg got through a nice glass of red wine, Matt cooked for him and was overjoyed with the result, despite not being in the studio.

Saturday Kitchen Live airs on BBC One on Saturdays at 10am.