Ryan Reynolds is going from antihero to Blue Shirt Guy.

In the upcoming action-comedy Free Guy, Reynolds stars as Guy, a bank teller who discovers he’s actually a background character in a Grand Theft Auto-like open world video game. When the game and everyone he loves in it are threatened, he teams up with Molotov Girl (Jodie Comer) to save the day as the heroic Blue Shirt Guy.

Reynolds recently hopped on Zoom with director Shawn Levy and his Free Guy cast for a virtual press conference, during which Reynolds was asked about having said this film was the best experience of his life.

“I don’t think I said it was the best experience I’d ever had, because if my kids see this, you know…” he joked. “I do think it’s the best moviemaking experience that I’ve ever had, easily, but also the best movie I’ve ever done. It’s the most pertinent to our times, in that sense. Where I feel Deadpool was a movie that was pertinent to the comic book culture when it came out, this really to me speaks in a broader spectrum of where we are in the world and how we are in the world.”

Free Guy was originally scheduled to hit theaters in July, although amid the ongoing pandemic, it was postponed until December. Inadvertently, what’s going on in the world has only made Free Guy more relevant. “In 2020, we really relate to the idea that, ‘Oh, wait, maybe the world doesn’t need to remain as you find it,'” Levy said. “‘Maybe you can have an impact on circumstances around you.'”

For Comer’s part, she said, “I just dare [audiences] to come away from this without feeling completely elated and wanting to skip out of the theater, or wherever it is that they end up watching it.” 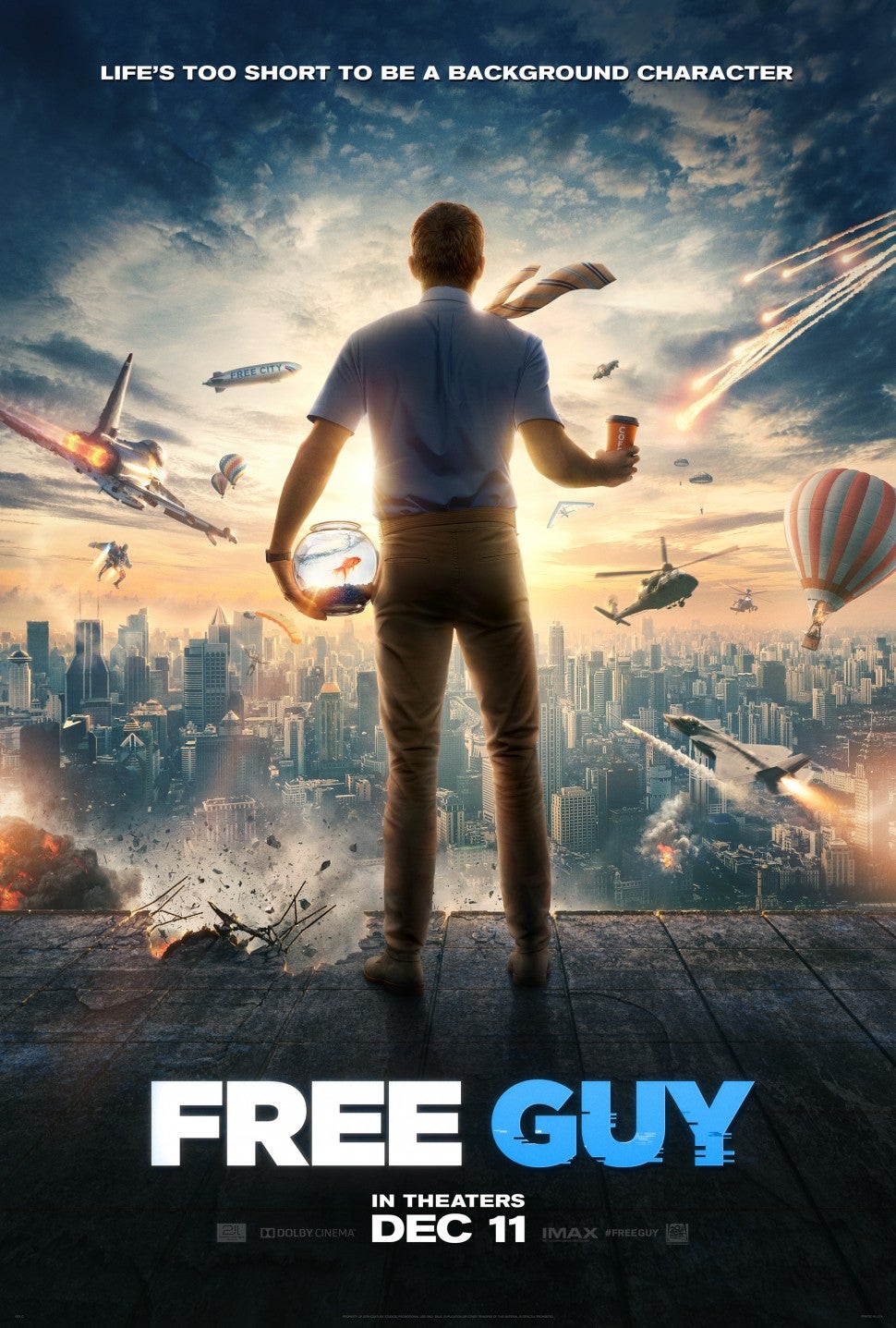