Rebecca is another filmic adaptation of the 1938 Gothic novel of the same name, written by Dame Daphne du Maurier. This time around, Netflix has claimed the rights to the story, and has cast an incredible collection of actors to depict the twisty-turn story. Unfortunately, the memorable cast are about the only thing that’s memorable in this version of the narrative.

Lily James appears as the protagonist of the film, a nameless young woman wrapped up in the frustrating yet well-paid career of being a woman’s companion.

Before long, James’ character meets Maxim de Winter (played by Armie Hammer), begins a passionate love affair, and embarks on a long and happy marriage – or so the new Mrs de Winter thinks.

A short while into the film Mrs de Winter begins learning scraps of information about Maxim’s ex-wife, Rebecca, who tragically died in some sort of nameless accident just over a year ago.

While Mrs de Winter struggles to puzzle out exactly what went down with Rebecca and her death, she is plagued with interference from the staff at Maxim’s enormous and illustrious house, the Manderley Estate.

Mrs Danvers (Kristin Scott Thomas) leads the charge against the new Mrs de Winter, throwing social obstacles in her way throughout the film. 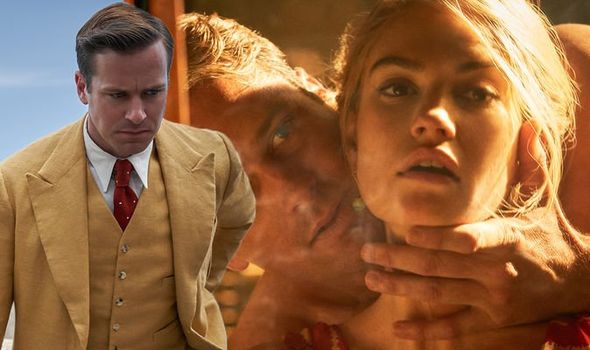 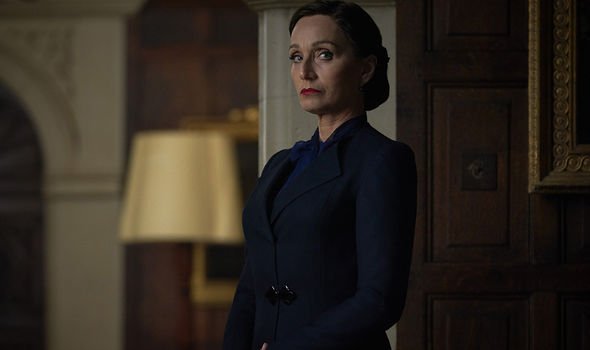 As timeless as du Maurier’s classic is, it does feel a little stretched thin over the course of this two-hour Netflix epic.

The film sees Mrs de Winter spiraling into psychological turmoil, successfully leaving viewers unsure what is going to happen next.

A huge portion of the film is dedicated to stringing Mrs de Winter – and the viewer – along with a collection of unexplained mysteries and mind-boggling investigations.

However these enigmas go on to be brushed aside, leaving the narrative feeling a little pointless by the final act.

Armie Hammer is fantastic as Maxim, and exudes the suave, elegant class that fans of his work might expect from him. 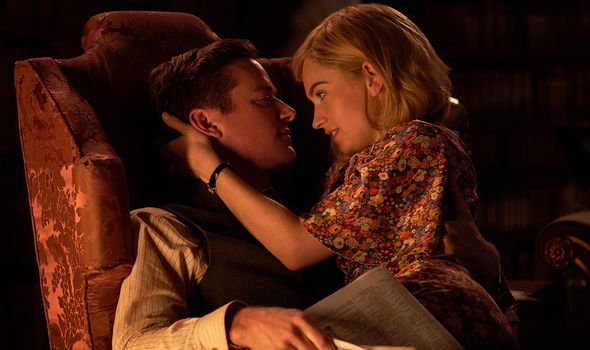 While the story centres around Maxim, he doesn’t get a lot of screen time to really pursue the grief and anguish viewers are told he is feeling.

Thankfully, he is dutifully helped along by the excellent Scott Thomas.

She plays the wonderfully loathsome Mrs Danvers, an incredible villain who viewers will love to hate.

And thankfully, she is involved in a lot of the story, giving viewers the perfect opportunity to really grow into despising her, while seeing her story flourish.

Lily James is the film’s protagonist in name only, as she struggles to really bring any weight to her performance.

The British actor has a lot of scenes which involve her simply losing her mind as the mystery of Rebecca begins to unravel, but it simply doesn’t work.

She is far better when working in tandem with Mrs Danvers or Maxim – but I was yearning for her solo scenes looking through mirrors and clutzing her way in rooms to end sooner.

Viewers will mostly enjoy seeing how stunning every scene is.

The cinematography and production design are fantastic, and gazing into a 1930s estate is a wonder that isn’t explored enough in cinema at the moment.

Similarly, the outdoors shots of Devon and Cornwall are simply sublime, with gorgeous wide shots detailing the true beauty of the daunting coast.

Rebecca attempts to reinvigorate the thrilling Gothic psychological thriller for 2020 audiences. Although the story itself is as timeless as it ever was, it does feel as if it has been extended needlessly in some places. Armie Hammer and Kristin Scott Thomas are exciting and exceptional in every scene they appear in. The duo really tease out the secrets and mysteries of the Manderley Estate, creating quite a memorable experience. Lily James does well in ensemble scenes, but struggles to really deliver a presence in her many solo scenes. Thankfully, the narrative is engaging enough that viewers will at least make it through to the end of the film – but most likely won’t return for subsequent viewing.

Rebecca is out in cinemas tomorrow, and arrives on Netflix from October 21, 2020.