In a classic episode of Antiques Roadshow, auctioneer and valuer John was curious to find out everything there was to know about a hoard of Titanic-related items brought along by a guest who had a special connection to the last survivor, Millvine Dean, whom he helped out later in her life. Although John gave an eye-watering figure for the items, it amounted to less than what the owner had paid for them, however, the guest told him it “wasn’t about what it’s worth”. John described the items as “really special” and “iconic” as he urged the owner to “wait another 100 years”.

Eyeing up the name on one of the items, Millvina Dean, John commented: “This is an interesting name, what does that mean to you?”

“Milvina Dean was the last survivor of the Titanic ship,” the guest explained.

“These are her actual own personal belongings.

“She was trying to cover the cost of the care home where she was living.

“So she had to sell off her personal belongings to cover the cost.”

“You’ve actually met her,” John pointed out. “So did you buy these directly off her?”

The guest replied: “No, I actually bought them from an auction.

“And yes, I have met her in person and I spent a couple of hours talking to her, and she was just a fantastic person.” 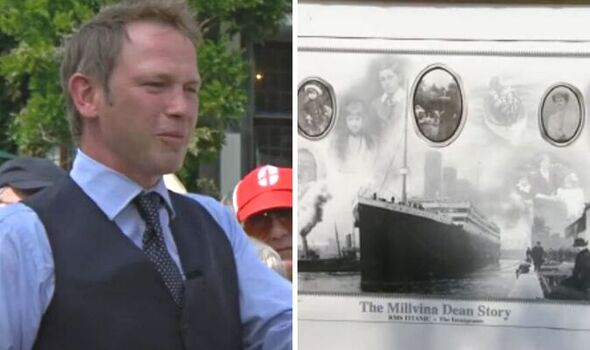 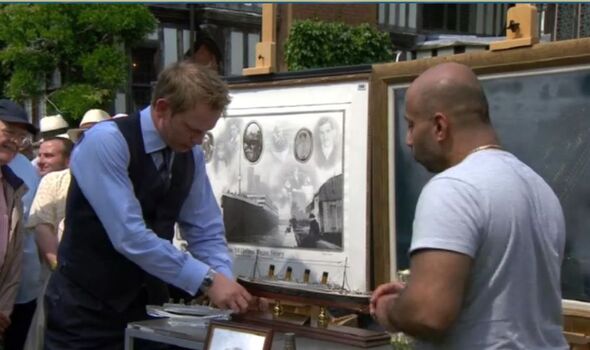 “Because she has an amazing history,” John remarked.

“She was obviously on the Titanic when it went down, she was literally a baby.”

“Yes, when the ship was sinking, her father had wrapped her in a rope and lowered her down to her mother, who was waiting in a lifeboat,” the Titanic whizz revealed.

“So her mother and herself got away, but unfortunately, the father passed away.”

“So she got to New York with her mother? Because they were third-class passengers,” John stated.

He went on: “Having that association has propelled her in her life.

“It really was a life of celebrity which was led from all of this Titanic association.” 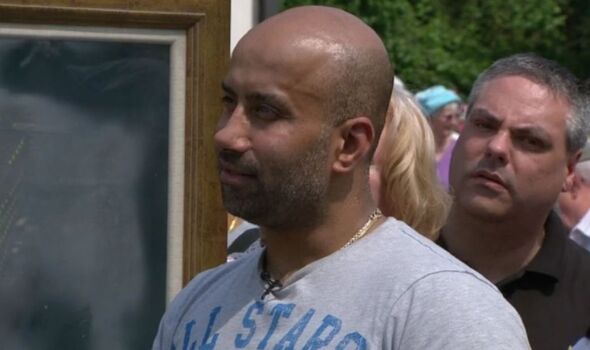 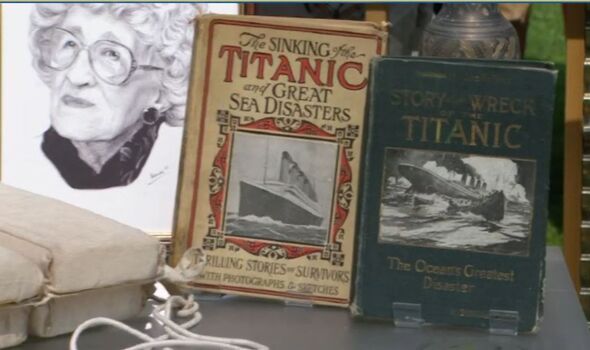 “The great thing was that she was actually quite a modest woman,” John continued.

“So like you say, when she wanted the funds for her care home she sold all these personal possessions, and that sale donated a firestorm.

“Because people took that to heart and behaved accordingly. I mean obviously, you wanted to help by creating this whole collection.”

“I thought, ‘If I can help, it would be a pleasure,'” recalled the owner.

“Did anything from your collection actually come off the Titanic?” John probed.

“Yes, right, we’ve got this pencil here,” he responded, picking up the item.

“This pencil was owned by one of the crew members of the ship when they pulled out his body from the sea, it was actually removed from his pocket.”

“And you’ve got this bit of coal,” John observed.

“Yes,” the guest replied. “There’s a piece of coal that was given to me by Millvina Dean, and it’s the original of the ship.”

“Do you know the story of it?” John asked, before explaining: “Because obviously there was a salvage company involved with finding the wreck.

“And it’s the only thing that the salvage company was allowed to sell, was coal.

“So they would take it from the bottom and they actually would buy little chunks of it.

“You think that would have all gone down with the ship.

“To think that was all on the Titanic, it’s quite special really.”

“It is, it’s very special,” the guest agreed.

“There are certain things here which are so iconic,” John remarked.

“I mean obviously, this life jacket that’s a prop from the film… 1997 was it?

“And what did you pay overall for the whole collection?”

“I mean the only way I can describe it is you look pretty fit, if I may say so, so if you can last another 100 years!” John joked.

“Because that’s when again there would be a massive upsurge.

“You know, you have the centenary and the bicentenary, you have a massive upsurge

He went on to ask: “Is that what you had in mind?”

“Absolutely,” the owner replied. “To me, it’s not really about what it’s worth.”

Antiques Roadshow is available to watch on BBC iPlayer.