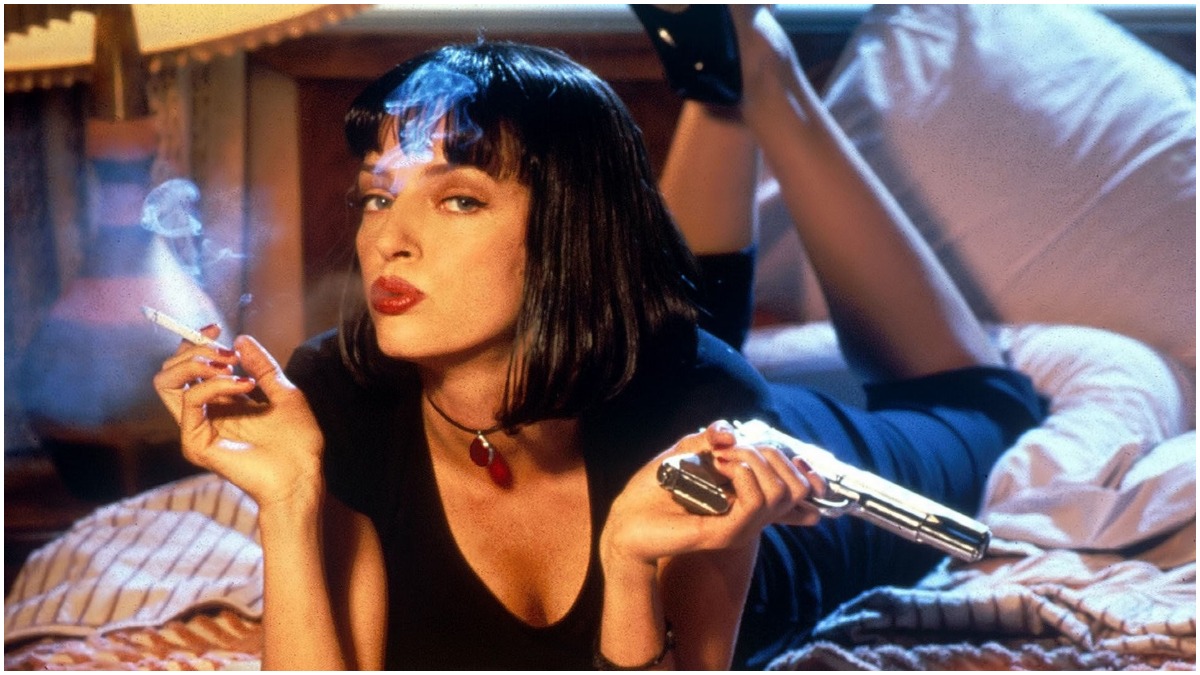 Quentin Tarantino has always admitted that actress Uma Thurman was his muse and the two did amazing things together.

It all started out with her role as Mia Wallace in Pulp Fiction, alongside John Travolta as Vincent Vega.

Vincent was a hitman whose mafia boss Marcellus Wallace asked him to take his wife out for a nice night and it ended with Mia overdosing and Vincent trying to save her life to save his own from his boss.

It was an amazing turn for Thurman.

Tarantino then created his epic two-part movie Kill Bill with Thurman starring as The Bride. In this film, she was a former assassin who retired to get married, only for her former boss to slaughter her entire wedding party and leave her for dead.

Thurman came back for revenge.

Sadly, Tarantino lost his muse due to an accident on a film set, and while both are friendly once again, it likely will never be the same.

Quentin Tarantino would have been one of the best directors in the world regardless of which studio released his movies, but he has to credit Harvey Weinstein with a lot of his success.

Weinstein completely believed in Tarantino and made almost all the director’s movies, keeping his hands off the final product (which was rare for Weinstein) and never handcuffing Tarantino with restrictions.

This helped Tarantino make his amazing movies, but it is now an albatross.

Weinstein is in prison now after several abuse charges rose against him from actresses throughout the years. One of these was Uma Thurman.

Her story was the most disturbing.

Thurman broke her silence in a 2018 Vanity Fair article when she admitted that Weinstein sexually assaulted her.

“I knew him pretty well before he attacked me,” Thurman said. “He used to spend hours talking to me about material and complimenting my mind and validating me. It possibly made me overlook warning signs. This was my champion.”

However, Thurman talked about a time where Weinstein came out in nothing but a robe and asked her to follow him into a steam room to discuss a script. Later, the two were in a hotel in London when Thurman said he forced himself onto her and tried to expose himself.

When she rejected this, Thurman claimed Weinstein threatened to ruin her career.

Then, Thurman talked about Tarantino.

While the two were making Kill Bill, there was a stunt with a car and Tarantino insisted that Thurman do the stunt instead of a stunt driver. She was scared and for good reason.

The car crashed and Thurman ended up in a neck brace with damaged knees and a concussion. The two had a severe fight about the accident and Tarantino refused to release the footage of the accident. Miramax backed the director.

When Thurman’s husband Ethan Hawke confronted Tarantino about what happened, the director was “very upset with himself and asked for my forgiveness.”

After the Weinstein arrest and controversy, Thurman finally got the video of the crash released.

Quentin Tarantino refused to respond to the allegations to Vanity Fair.

However, he did talk to Deadline about the incident in question and what Thurman had to say.

What likely hurt the most was that Tarantino said the trust between him and Thurman was broken. He took full responsibility.

“She blamed me for the crash and she had a right to blame me for the crash,” Tarantino said. “I didn’t mean to do it. I talked her into getting in the car, I assured her the road was safe. And it wasn’t.”

Thurman said that she wanted to clear the air in her interview, but she also admitted that the accident was in the past and that Tarantino had apologized to her long before the interview with Vanity Fair.

“I do not believe though with malicious intent,” Thurman wrote of the incident in an Instagram post. “Quentin Tarantino, was deeply regretful and remains remorseful about this sorry event, and gave me the footage years later so I could expose it and let it see the light of day, regardless of it most likely being an event for which justice will never be possible.”

She said that Tarantino did this knowing it could harm his career and she is “proud of him for doing the right thing and for his courage.”

That incident on Kill Bill ended the working relationship between Quentin Tarantino and his muse, Uma Thurman.

However, there is still one last chance to make it right.

Tarantino said he wants to make one last movie before he retires and wants it to be a smaller picture.

With that in mind, Uma Thurman said she would be willing to work with Tarantino again “if he wrote a great part.”

“We’ve had our fights over the years,” Thurman said. “When you know someone for as long as I’ve known him, 25 years of creative collaboration, yes, did we have some tragedies take place? Sure. But you can’t reduce that type of history and legacy. It would have been reduced to my car accident if I died.”

Related posts:
World News:
Brexit news latest – EU DESPERATE to end reliance on London and moans UK will no longer have to play by its rules
‘I know nothing’ becomes hotel quarantine inquiry catch phrase
World's smallest Rubik's Cube goes on sale in Japan
Too much candy: Man dies from eating bags of black licorice
Recent News:
This website uses cookies to improve your user experience and to provide you with advertisements that are relevant to your interests. By continuing to browse the site you are agreeing to our use of cookies.Ok