Starz drama series Power aired its finale back in February 2020 as the truth behind who shot James “Ghost” St Patrick (played by Omari Hardwick) was revealed. The show first hit screens back in 2014 and followed Ghost as the businessman tried to leave his criminal past behind him. Throughout it all, Ghost found himself pulled back into the drug dealing underworld.

Is Ghost St Patrick based on a real person?

Power was created by acclaimed TV writer Courtney A. Kemp, who previously worked on The Good Wife and Beauty & the Beast.

Writing for The Los Angeles Times earlier this year, Kemp opened up on creating Ghost and explained she wanted to depict a flawed African American character, who was a subversive “kind of black James Bond” with nuance and complexity.

During her discussions with producers Curtis “50 Cent” Jackson and Mark Canton, Kemp said she’d wanted to write a fast-paced drama series with an African American lead.

She said: “I wanted to ask a question: What did it mean to be a black man in America after Obama was elected? Years later, given what’s happening in this country, it’s hard to remember what that was like — the feeling of hope, the feeling of forward momentum we had as a race with Obama in office. 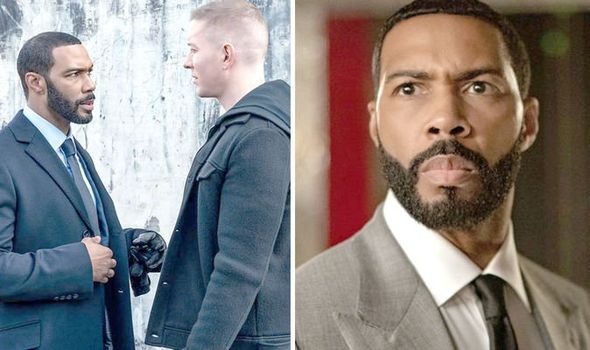 “But the central question was: What would it mean if you’d been raised with the idea that a black man could never be president, to find out that was a lie?

“And so I created James St. Patrick (Omari Hardwick), a brilliant, self-educated man with no jump shot and no mixtape, a man who believed that his only way out of the hood was to sell the very substances that destroy it.”

From Kemp’s words, Ghost was an amalgam of elements and a fictitious character rather than being based on one person.

Kemp wanted Ghost to be layered, along with all the characters in Power.

Ghost is a multi-faceted character who can be equally brutal as he can be tender when the situation demands it.

She went on to say some fans confused Power and “sometimes mix fact with fiction”.

The show is ultimately fictional, but it has resonated with many.

However, Ghost and the others are flights of fancy even though they may be rooted into reality vaguely.

Kemp said the idea of Power was born out of the notion people want to control their destiny but ultimately, it’s out of their hands.

Nevertheless, elements of reality have made it into the show after 50 Cent revealed some scenes were inspired by his life.

For instance, there was a moment where Tasha St Patrick (Naturi Naughton) hid a gun when she and Ghost were pulled over by the police.

This act of loyalty was the moment Ghost decided he was going to propose to Tasha. Something similar happened to the Candy Shop rapper.

50 Cent told MTV in 2015 how Power drew from real life, explaining: “For the whole series we drew from that.

“There’s points where I say things in conversations with Courtney and she’ll say, ‘Hold up, say that again’.

“There’s personal things for me in the series that make me a little more attached to the project [while] watching it.”

50 Cent also told the New York Post in 2014 he identified with elements of Ghost’s character.

He told the publication: “Ghost is a person who is in one lifestyle and would like to be in another, someone that is in a legitimate business while functioning and doing things on the illegal front.”

The star added: “There was a point in my life where I could definitely identify with some aspects of him.”