Outlander viewers were not looking forward to seeing the return of Stephen Bonnet (played by Ed Speelers) in the latest episode. Bonnet has been seen throughout season five of the Starz show, but he made his big return last week when he kidnapped Brianna Fraser (Sophie Skelton) and attempted to sell her as a slave. Thankfully, he was eventually captured and given the punishment he deserved.

However Bonnet’s was given some mercy in the episode, as he was set for execution in the final scenes.

As Bonnet awaited his death-by-drowning, Brianna aimed a gun at him and killed him in one fell swoop – arguably humanely.

Fans of the Diana Gabaldon books knew Bonnet would eventually be killed off during the course of the story.

However franchise fans may have been surprised to see this death come along so soon, as Bonnet’s death was not set to happen until the next season. 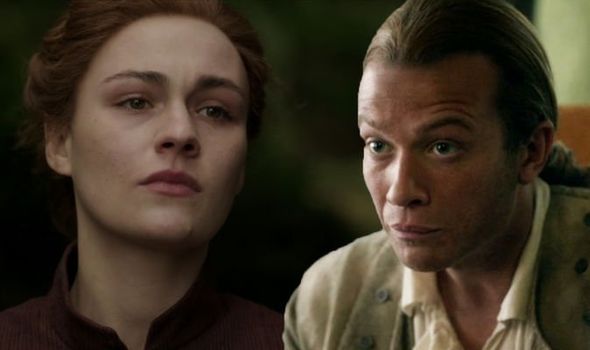 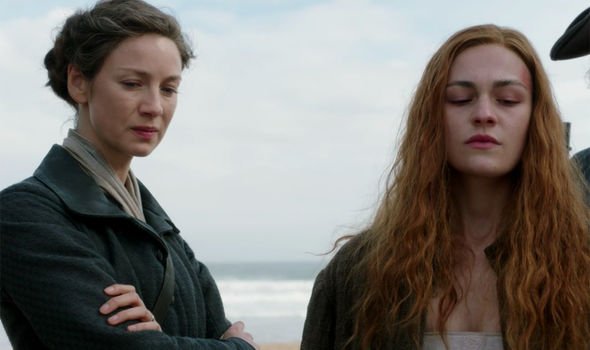 So far, the Outlander seasons have followed the books closely – so season five has been following the fifth book.

Now, with fans pointing out that Bonnet’s purpose in the overarching story had been cut out a little, his actor, Ed has now spoken out about the end of his journey.

Speaking to Entertainment Weekly, Ed was quizzed on why he thought his character may have been killed off from the show a season in advance.

He jokingly responded: “I haven’t got a clue. Maybe I wasn’t good.” 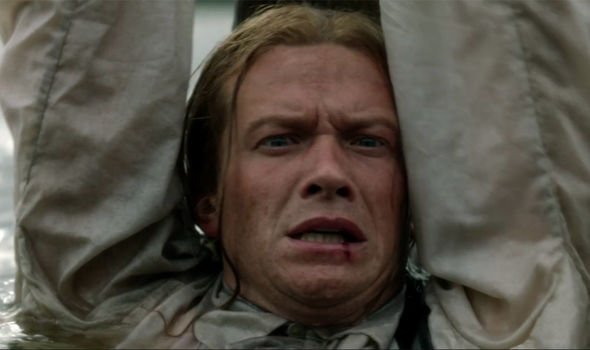 “I hadn’t read the fifth book, but I did know there’s something else that happens to him at some point where he gets his [groin] shot, which would be very uncomfortable.”

Speculating over what may have happened, he added: “I think the writers are probably looking at many different ways things are going.

“And stories bubbling along and how do you do that with a character that is looming over people, but isn’t necessarily there all the time?”

Despite getting quite a gripping ending for his character, Ed later confessed he was quite shocked when he learned of Bonnet’s untimely death.

After he heard about Bonnet dying, Ed confessed: “My beer dropped to the sand, when I realised I was now going to be unemployed.”

Although it came as a shock to everybody, Ed called the final episode for Bonnet a “good way to say goodbye” to the heinous villain.

He went on: “It was a way of seeing him off properly.”

Touching briefly on Brianna’s display of mercy for the evildoer, he mused: “There is an element of mercy to it, but I feel that she is taking control in that moment.

“She is taking some power back, because the control had been taken away from her.

“Brianna is putting him out of his misery – I don’t think it’s purely just a murder, but she’s decided to do it.”

Outlander season 5 continues Sunday on Starz in the US and Monday on Amazon Prime in the UK.