Speaking with the Minister of State for Mental Health, Suicide Prevention and Patient Safety on BBC Breakfast today, presenter Munchetty was keen to find out her thoughts on the NHS pay rise which was announced earlier this week in Rishi Sunak’s MP 2021 Budget. But during the conversation, Munchetty let Dorries know when she was repeating herself.

Munchetty asked the MP: “Could you tell me how you reacted when you were told the govt would be introducing a one per cent pay increase for NHS staff in England?”

Dorries responded: “Can I just say obviously everybody appreciates the efforts that nurses and doctors and all healthcare workers have put in, the sacrifices they’ve made, the dedication they have shown over the past year.

“But the government has to set – like anybody holding a purse – priorities, and our priorities have had to be protecting peoples’ jobs and livelihoods because without those jobs and without those businesses continuing and people’s employment continuing.

“We need that vibrant economy in order to fund the NHS so our priority had to be people in work.” 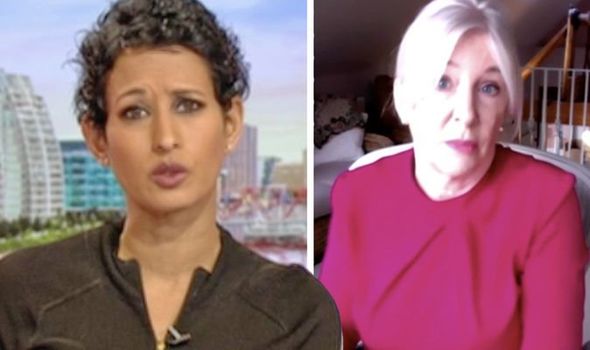 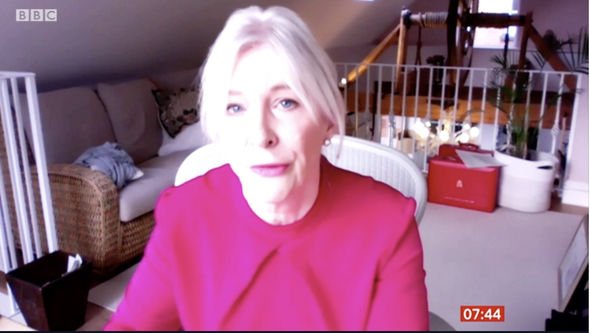 The politician continued: “I think it’s just worth mentioning as well that in the private sector, many people are actually losing their jobs and have been on very much reduced incomes over the past year and no one else, no other public sector employee is receiving a pay rise and so it’s against that backdrop that the government has decided that all we can afford is the one percent but nurses and healthcare workers will be the only employees the only workers receiving a pay rise this year.

“Many public sector workers will receive northing, many people in the private sector have either lost their jobs or are on reduced incomes.

“And if I can just make one more point, it’s also important to note that over the past three years, newly qualified nurses have received a 12 percent increase which quite rightly so have taken their salaries to an average of £34,000.

“And so it’s against that the government really has to set priorities and they have had to be that, one per cent, at this year, coming out of a global pandemic, where the costs have been huge is all the government can afford at the moment in order to save peoples’ jobs and to extend the furlough scheme and to keep that going,” she concluded. 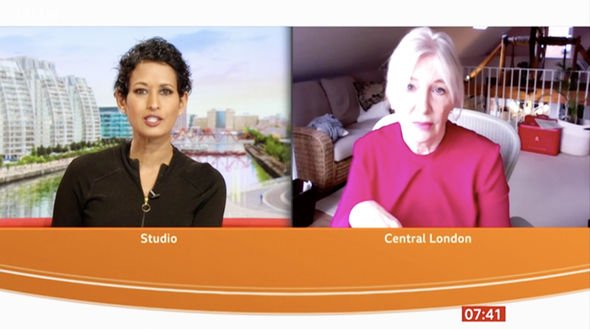 “So can I ask you again – what was your reaction when you were told that the government would be offering a one per cent pay rise to NHS staff in England?” Munchetty repeated.

Dorries replied: “My reaction was I was actually surprised because I know that we have frozen public sector pay that no one in the private sector is receiving a pay rise so I was pleasantly surprised that we were making an offer.

“I obviously know that, many people I know as an MP – my constituents as well as a Minister that many people have lost their jobs over the past year, that unemployment has increased.”

BBC Breakfast airs every day at 6am on BBC One.