The fourth run of Money Heist will see the gang try to carry off their robbery of the Bank of Spain. Unfortunately things won’t go too smoothly if the trailer for the new series is anything to go by. Bodyguard to the governor, Gandia (played by José Manuel Poga), somehow ends up free from his handcuffs and he’s intent on causing chaos – could he be responsible for Rio (Miguel Herrán) and Denver’s (Jaime Lorente) deaths.

In the trailer, Gandia can be seen stalking around the bank trying to take out the robbers.

One clip shows Helsinki (Darko Perić) appear to be hanged while another shows a lift being blown up.

It’s at this point Rio and Denver seem to be in a spot of trouble, which could lead to their deaths.

Moments before the lift explodes, a grenade is rolled along the floor of the bank towards it. 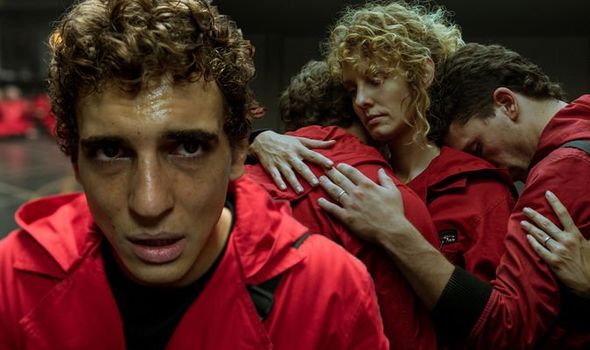 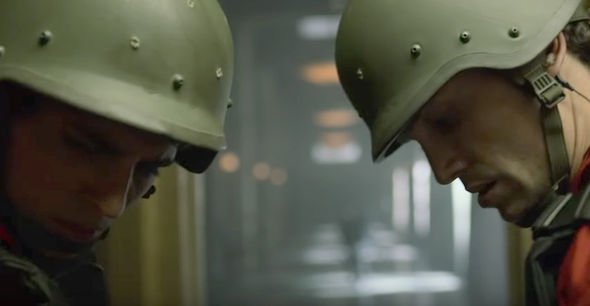 The video then shows two figures looking down at the floor of the lift before the screen cuts to the outside, with an explosion clearly taking place inside.

In a blink-and-you’ll-miss-it moment, the two figures are revealed to be Rio and Denver.

It would be surprising if the pair made it out of the lift unscathed and given no one in the gang has died in the heist yet, it’s only a matter of time before there’s a fatal casualty.

Rio has only just been released by the authorities after being brutally tortured while Denver is enjoying the first years of marriage and being a parent. 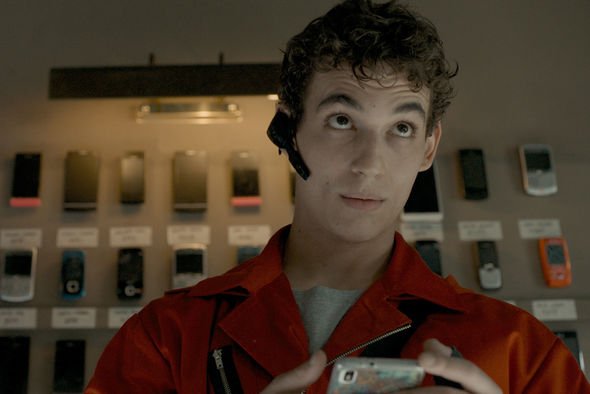 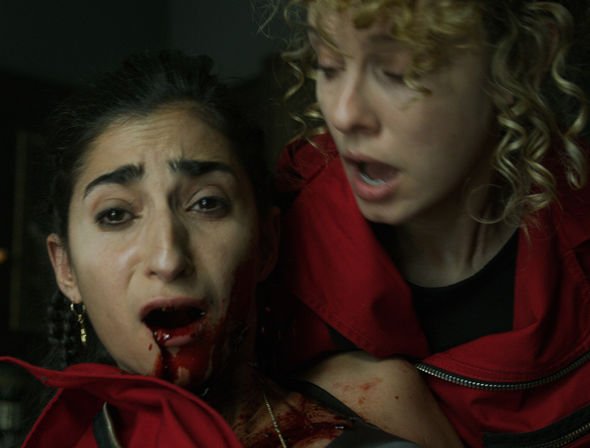 Those are not the only potential deaths as fans are yet to find out if Nairobi (Alba Flores) will survive her shooting.

The season three finale saw Alicia Sierra parade her son in front of the Bank of Spain and as Nairobi looked on at her son, she was shot by a sniper.

Stockholm (Esther Acebo) rushed to her side but fans didn’t see whether or not she died.

However, after close inspection of the trailer, viewers think she will in fact survive.

In a number of shots, she can be seen covered in blood as the gang gather around her to try and save her life.

Things don’t look good as she appears to lose consciousness but some fans think they have spotted the moment which confirms she survives.

At the end of the trailer, she appears to open her eyes and wears an oxygen mask hinting she is still alive – however, this could be a flashback or dream sequence.

Taking to Reddit to comment on the scene, fans explained they were desperate for her to survive.

“Getting my hopes up! Hopefully that’s not her last breath or something.Especially after the flat beeping noise at the end of the trailer,” one fan posted.

Another added: I still don’t understand why they would put that in a teaser. Are they trying to spoil their own show?”

“I don’t know but I so love Nairobi here. She has a strong character yet she has the soft hearted side. I hope she wont die because she’s my favourite!” a third commented on the trailer.