Dr. Britten Cole from Married to Medicine Los Angeles said viewers should look to season 1 to know who will be causing the most drama during season 2.

Cole, who is the show’s resident anesthesiologist, dished with Showbiz Cheat Sheet about season 2, premiering on Sunday, May 3 at 9/8c on Bravo. She wouldn’t identify which cast member would be stirring the pot the most but offered a hint. “Take a cue from the first season,” she teased. “People don’t fall far from their own tree and you can guess who might be stirring up a brew.” 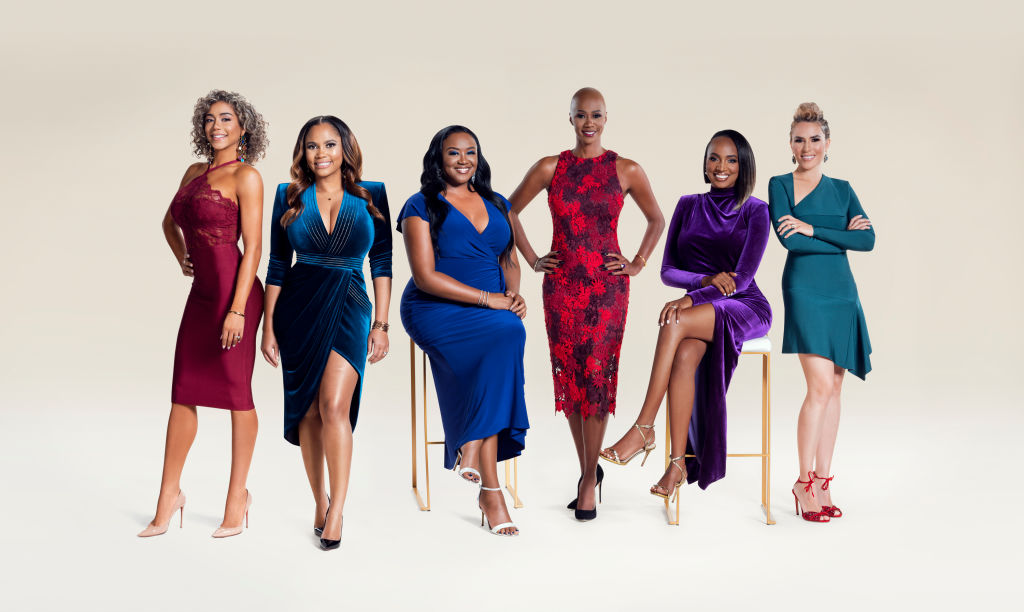 Cole has often found herself in the middle of the drama. Last season, she likened tensions amongst the cast to her time serving in the military and being stationed in Iraq.

“I’ve been to war,” she told the group in a previous episode. “The people I went with, we argued, we fought. We were stressed. But once we left, all I remember were the good times. We have a bond. It will not be broken.”

Cole’s bond won’t be broken because she’s back, baby!

Cole ended season 1 with a tearful announcement that she was moving back to Florida. However, she triumphantly returns to Los Angeles with husband Mack Major and children Ivy and Mack Jr. She said moving to Los Angeles was the goal and she was determined to make it work.

Cole and Major always wanted to live in a warm climate, which was either Florida or California. “We chose Florida because it was closest to the East Coast. Our parents were getting older, we didn’t want them to have to travel as far.” Major’s mother has since died and Cole says her mother is younger and still spry enough to travel.

One thing that @brittencolemd and @drkendramd can agree on is that Season 2 of #Married2MedLA is going to be FUN. 🎉Join in on the fun this Sunday @ 9/8c!⁠

“I just had enough of Florida,” Cole admitted. “California was the other place we talked about and it was on the list so let’s just go for it. Orlando was nice but I was missing that city life. [Plus Major] has family in L.A. So it just made sense.”

She said the transition has been smooth for her, but her son and husband are still adjusting. “For Mack, he struggled a little bit because he didn’t have the network in terms of his career that he had in Florida,” she said. “So for him, it was a little bit more work. He really had to put in hours and make a lot of connections and network a lot.” While her daughter seemed to assimilate, her son still longs for Florida.

The season 2 trailer hints that Cole and Major struggle to find their marital groove. “The intimacy has just left the building?” Cole asks her husband in the clip. Cole told Showbiz Cheat Sheet she thinks her storyline will be extremely relatable to many people who are raising a family.

These two are vital! 👯‍♀️ Who else is excited to see Dr. Imani & Dr. Britten return on #Married2MedLA this Sunday? (📸: @doctor.imani

“Viewers will see that my relationship with my husband, my children is a very relatable relationship and they’ll kind of see themselves in us,” she explained. “We have our struggles. Our ups, our downs. Just how we’re navigating through life, especially with the huge change that we’ve made.”

At one point in the trailer, Cole has a question for her daughter that every mom likely asks around the “tween” stage. “These mood swings, do you think they’re ever going to stop?” Cole asks. But her daughter has the perfect response. “It’s called puberty, mama!”

Married to Medicine LA Season 2 premieres on Sunday, May 3 at 9/8c on Bravo.