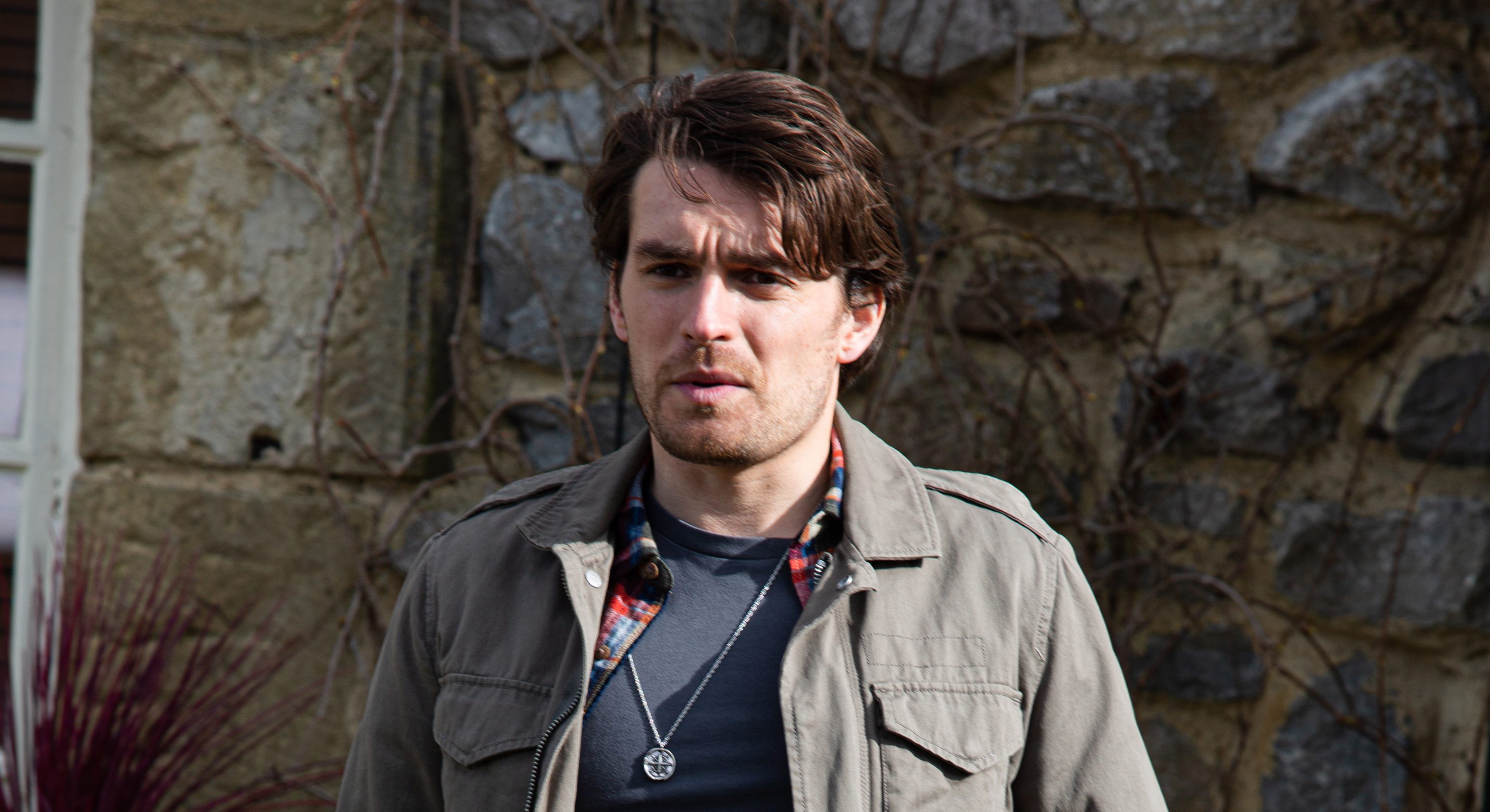 Fans are divided in their opinion of him; but it’s fair to say Mack has made a big impression with his outrageous behaviour and witty one-liners. He didn’t help himself in the popularity stakes when he shared a kiss with Charity Dingle (Emma Atkins), leading to the breakdown of her much-loved romance with Vanessa Woodfield (Michelle Hardwick).

He then robbed heartbroken Moira of a final chance to see their dying mother. Most recently, he broke into Eric Pollard’s (Chris Chittell) home to steal an expensive brooch, and allowed Aaron Dingle (Danny Miller) to be framed for the crime.

But Mack evidently has a soft spot for Aaron, and eventually tried to put this right. There’s a growing appreciation for the spark between Mack and Aaron; with a number of fans calling for them to get together. Regardless of the direction this story takes, the fact it’s a talking point speaks for itself.

Mack displays a lot of charm alongside his inexcusable acts, which is no doubt why he has earned such mixed reviews. It was difficult not to raise a smile over his rendition of ‘Valerie’ while parading around in the late Val Pollard’s coat, distasteful as it was.

Whatever your thoughts on the Scottish sinner, there’s never a dull moment when he’s on screen. Mack locking brother-in-law Cain Dingle (Jeff Hordley) in a car boot was a particular highlight, as he unwittingly gave the hard man a taste of his own medicine.

Mack shares recognisable qualities with Emmerdale icons of the past. He’s got the smugness of Robert Sugden; the reckless nature of Ross Barton and their same penchant for mischief. This pair crossed the line more than once (how could we forget Robert covering up Katie’s murder and leaving Paddy for dead?) and yet we still took them to our hearts.

Such similiarities don’t take away from Mack’s individuality. His wisecracks are in a league of their own, even when he’s using them against someone. Actor Lawrence Robb has firmly established himself as a star with his consistently charismatic performances.

Some soap ‘bad boys’ are able to crucially transform from villain to anti-hero – and Mack clearly has the same capability. Last week’s confrontation with Eric is proof of that. He had considered leaving the older man for dead after he suffered an angina attack.

The fact that his conscience kicked in and he called an ambulance after all wasn’t quite enough to redeem him; and neither was Moira’s plea that her absence from his life as a youngster had deeply affected Mack. Instead, it was his heart to heart with Pollard that gave him a lifeline to keep his freedom – and a chance to win over the audience.

It was a smart choice to have Mack open up to Eric, who was quite the rogue himself in his day. His visible remorse, and the admission that he’d always wanted to make a name for himself was a key moment as we saw him finally drop his bravado.

Perhaps this show of vulnerability is a sign that we may see some balance in his storylines going forward. The scheming could be toned down in favour of exploring something more character driven, or more light-hearted scenes that aren’t at the expense of others.

Love him or hate him, there is no denying Mack has made an impact. He has a watchable unpredictability no other character can currently boast on the soap. One of Emmerdale’s strengths is developing complex, ambiguous male characters, so watch this space – there’s still plenty of time to warm to him if you haven’t already.