Lily James is opening up about the overly curious, obsessive character she plays in Rebecca.

In a new interview with ET’s Nischelle Turner, the actress reveals what it was like filming Netflix’s latest psychological thriller with co-star Armie Hammer, and how the story relates to today’s modern world.

“We were in the South of France and it was just heaven. It was amazing,” James, 31, recalls. “To actually start the film where we start to meet the characters — to develop those connections and the relationships in a kind of really organic way — was, I think, really important. It set the tone for the rest of the film and established a bond.”

Based on the 1938 novel by Daphne du Maurier, Rebecca follows the story of a young newlywed (James). After a whirlwind romance in Monte Carlo, Mrs. de Winter joins her husband, Maxim de Winter (Hammer), at his family’s estate in Manderley. Not long after she arrives, however, Mrs. de Winter finds herself battling the shadow of her husband’s late first wife, Rebecca.

“Yeah, I guess it doesn’t go so well for my character,” James jokes. “Although, having said that, I think through her experience meeting this man and through their relationship, she finds herself.”

“In a way, even though it’s so twisted, the journey that they go on, I think they love each other,” she adds. “I think they rescue each other but it’s just in a very morally tricky setting.”

James continues on, telling ET that it was “very interesting playing this part” because of how easily her character seemed to be “overcome by jealousy and obsession.”

“The thing about jealousy is, it feeds on itself and it kind of grows and grows and I think it’s a very negative emotion,” James explains. “I can definitely say that playing the part, it was not a very healthy headspace to be in and it was a really unsettling filming experience.”

James also brought up how the film “sort of is a very modern tale,” in that it reflects the digital world we’re living in today with social media.

“My character just has this whole idea of Rebecca, but the truth is entirely different,” she teases. “And often on social media that’s the case. You present this world that’s very, very far from the truth.”

“It’s about appearance versus reality, and they can be so far apart,” she adds. “So this is a very modern tale in that respect.” 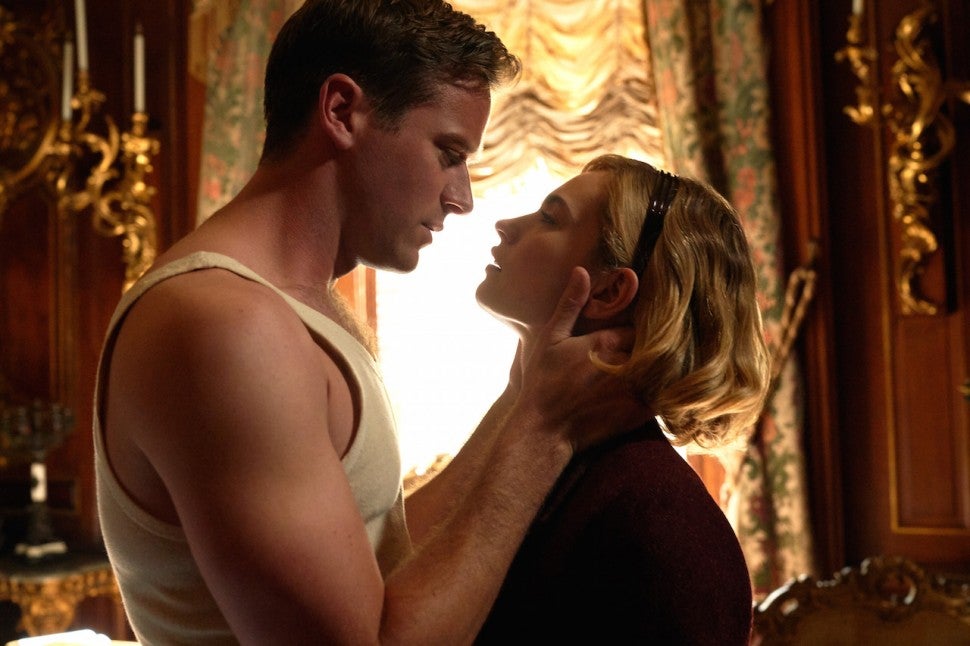 James’ latest interview with ET comes just days after she found herself in her own romantic entanglement. The actress was spotted kissing her married The Pursuit of Love co-star, Dominic West, in Rome, Italy, over the weekend. Just one day after the photos surfaced, West and his wife of 10 years, Catherine, staged their own photo op, kissing in front of paparazzi in England. They also handed out a note to photographers written in cursive, reading, “Our marriage is strong and we’re very much still together. Thank you.”

When ET asked James during the press junket if she’d like to address the narrative that’s been painted of her in the headlines, she politely responded, “This isn’t the time for me to do that but I appreciate you asking.”