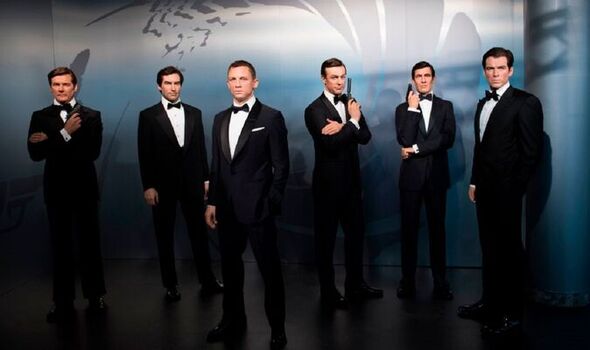 This iconic line-up would have included Sean Connery, George Lazenby, Roger Moore, Timothy Dalton, Pierce Brosnan and Daniel Craig, and they came achingly close to an incredible super spy trailer that would have surely wowed film fans. As a British spy comedy series, the Kingsman franchise has several cheeky nods to the 007 films and bringing all the Bonds together on the big screen would have been the ultimate wink to the audience.

Talking on The James Bond A-Z Podcast, Mark Millar – who created the Kingsman comic series – said that director Matthew Vaughn had got provisional agreements from all of the Bond actors bar Sir Sean Connery for the teaser trailer.

“His idea was to do a promotional teaser for Kingsman where you had all the previous Bonds together, all having a toast around the table.

[They’d be] talking about a new generation of spies. They had this really cool little idea, and we actually had a link to everybody.

“We had Roger Moore, who was good friends with someone Matthew knew, I can’t remember who it was. Colin Firth was friendly with [Pierce Brosnan], and Matthew knew Daniel Craig from Layer Cake, and somebody knew [George] Lazenby,” Millar said in the podcast interview.

Talking to podcast hosts Tom Butler, Brendan Duffy and Tom Wheatley, Millar went on to explain how close they had come to getting the Bond legends on screen together and that they had a provisional ‘yes’ from most of the 007 actors via their various connections.

When they contacted Connery though, they were told he was too ill to take part and the plan tragically fell apart.

“You could have shot it in an hour. You could have had them standing around a table, and the idea was that you have this Kingsman whiskey that they toast, and then the camera pans round and you see Colin [Firth] or Taron [Egerton], I can’t remember who it was going to be, and it was just the next generation of super spies.

“And it would have really annoyed the Broccolis!”

Talking after the interview, host Tom Butler said: “The thought of reuniting the six James Bond actors on screen is a tantalising prospect, even more so now since the passing of Sean Connery and Roger Moore, so we were bowled over when Mark shared this idea for the Kingsman teaser with us on the podcast, and I think many Bond fans will also enjoy imagining what could have been.”

He added: “Sadly, there’s never been a time where all six 007s were in the same room together, and now there never will be, but we can only hope Eon does something special for the 60th anniversary, and at least gets Lazenby, Dalton, Brosnan, and Craig together to share their experiences as Bond soon.”

It turns out that Millar’s fascination with the Bond franchise doesn’t end there though. He also revealed on the show that he hopes to cast Pierce Brosnan as an ageing superspy in his upcoming Netflix series The King of Spies, which was again inspired by the world of 007.

In King of Spies, Britain’s deadliest secret agent, Sir Roland King faces his worst enemy yet – his own mortality. Diagnosed with a brain tumour and with just six months to live, the retired Sir Roland looks around the world he’s saved so many times and feels he can’t leave us in such a mess.

There’s greed and corruption at every level, untouchable despots he was forbidden to go near and a system he just doesn’t believe in anymore.

He wants to use his remaining time to make a difference with his particular set of skills and repair the damage he did in his private life at the same time.

The action-packed comic, King of Spies, which is being released as a graphic novel this April, will precede the live action Netflix series which is being planned as a six-hour limited series.

“Pierce Brosnan is obviously perfect for it now,” Millar explained. “The character is exactly Brosnan’s age. Physically he looks so like him.”

“Brosnan I feel, never got his Unforgiven. He’s so beloved and I think he went out on a bit of a low for Bond, which was so unfair because I think he was brilliant.

“I feel he was cheated out of his last super spy story, and I thought wouldn’t it be great to get Brosnan in for that one last job.”

Pierce Brosnan last played James Bond in 2002’s Die Another Day and fans would undoubtedly be ecstatic for him to resume a secret spy role once again.