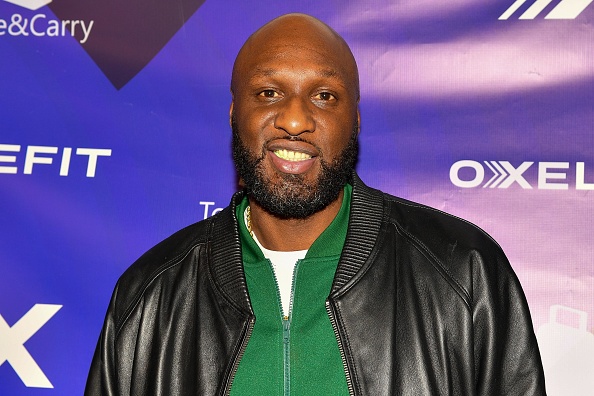 While Celebrity Big Brother may not be going any more in the UK, the series is still in full swing in the US, with Khloe Kardashian’s ex-husband Lamar Odom announced as one of the new cast members for season 3.

This of course won’t be Lamar’s first foray into reality television, with the NBA star having previously appeared on Keeping Up with the Kardashians, as well as the spin-offs Kourtney and Khloé Take Miami and Khloé & Lamar.

In 2019 he also competed on Dancing With The Stars, becoming the second celebrity to be eliminated.

He isn’t the only member of the Kardashian clan to star on Celebrity Big Brother, following in the footsteps of Caitlyn Jenner, who appeared on the most recent series of Big Brother VIP in Australia.

In a video shared on social media to announce the Celebrity Big Brother US cast, Lamar said in a clip: ‘My name is Lamar Odom. People may know me for winning two championships with the LA Lakers.’

The 42-year-old continued: ‘They also may know me for marrying Khloe Kardashian. We had our own TV show.’

Lamar and Khloe were married in 2009 after dating for a month, with the pair becoming divorced in 2016.

The Kardashian sister put their divorce on hold to help him recover after he suffered an overdose, after he was hospitalised in a comatose state.

In July last year, Lamar was caught in a social media sparring match with Khloe’s other ex Tristan Thompson, as they both thirsted over a picture of her posted on Instagram.

After Lamar commented with a series of flame and heart-eye emojis, dubbing his ex-wife a ‘hottie’, Tristan also left heart and drooling emojis, as well as responding to Lamar by writing ‘God brought you back the first time. Play if you want, different results.’

‘Not a day goes by without thinking of you my brother @kobebryant,’ Lamar wrote on Instagram.

‘To vanessabryant and the family, I love you all! I have been taking on everyday with the #mambamentality and it has helped me remain focused and accomplish different goals I have set for myself. Bean showed me what greatness takes! So I am taking it!’

Celebrity Big Brother airs on CBS in the US.