Filmmaker, actor, and NoBudge founder Kentucker Audley has always thought of his discovery-minded website as a streaming platform. Sort of. First launched by Audley in 2011 as a curated Tumblr blog that shared new films from rising stars, NoBudge slowly expanded into a full-fledged website in 2015. While Audley initially posted a new film each month, by 2018, he was posting a fresh offering each day, most of them shorts. Even then, Audley said, he couldn’t kick the idea of launching a streaming platform.

“I’ve always not quite known what NoBudge is,” Audley said with a laugh during a recent interview with IndieWire. “I think there’s part of me [for whom] it’s really appealing to just say, ‘It’s a streaming site.’ It’s a very clear-cut service. This is what it does. This is how you interact with it.”

With today’s launch of NoBudge2, Audley and his online labor of love officially join the streaming fray. The new streaming platform, in soft launch since last month and now fully live both online and on a variety of apps, is designed to expand on the careful curation of the original NoBudge site, and the user-friendly platform — designed by the same team behind the Criterion Channel’s own easy-to-navigate streaming site — is ripe for exploration and discovery.

Audley told IndieWire that this new arm of NoBudge has been designed to “cut through the noise, trying to figure out what’s the best way to present these things so that they’re enticing and they give each other context. They’re presented in a loving, curated fashion.”

With the launch of the subscription-based platform, Audley is making good on a dream he’s long harbored. “From the beginning, I’ve always thought, wouldn’t it be nice if these were just very easily accessible on TV, rather than your computer or phone?,” he said. “Personally, to be fully immersed in something, I can’t really do it on my phone and I can’t really do it on the computer.”

While the original site will remain live and feature new films, the NoBudge collection features hundreds of shorts and features from new talent in the indie film world and is “focused on low-budget cinema, DIY visions, youth culture, and student films.” Audley’s mission is singular: “to spotlight indie filmmakers and creators working with limited resources and without major industry connections, and to be a trusted discovery platform.”

Like the original site, the majority of films on offer are shorts — as Audley notes, a rarity on most streaming platforms — but the new outlet will also allow for more features to be included. As part of its launch, the NoBudge2 platform will play home to a pair of feature films from Audley’s colleague Matt Grady, who heads up indie distributor Factory 25, including Tyler Taormina’s “Ham on Rye” and Grace Glowicki’s “Tito.” While other deals haven’t been worked out with distributors, Audley is certainly open to them. 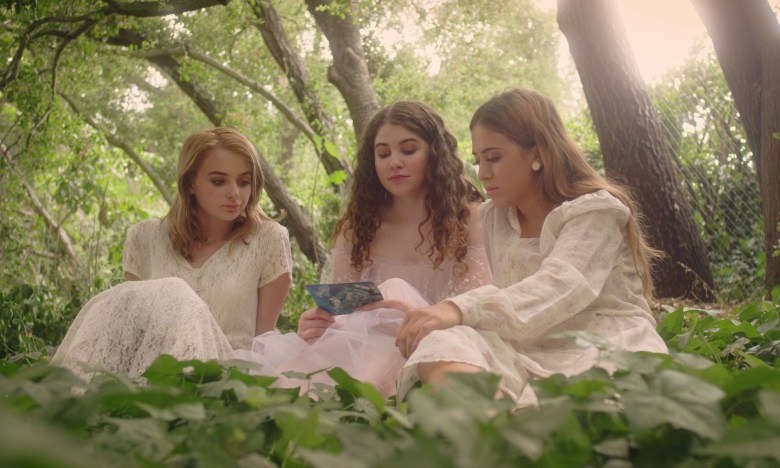 He’s well-aware that there’s plenty of competition in the streaming space, but Audley also believes that NoBudge2 boasts a highly original product. “NoBudge has always focused on movies that no one else is really focused on. However many [other] streaming sites there are, no one’s including these films,” he said. “These movies are not overexposed in any way, because they’re not available anywhere else, for the most part. They’re not movies that are well-known. They don’t star celebrities or have a big budget and marketing push. This is sort of the home for movies that don’t have another home.”

Just two weeks before the platform officially launched, he was in the midst of prepping a new curated section he called “NoBudge Starter Packs,” comprised of some of the outlet’s must-watch fare.

“Here are three sections to go to get your bearings of what kind of movies these are, what kind of style [they have], and just the attitude these movies have,” Audley said. “It’s so hard to really hard to jump into this world that you know nothing about, and it’s all because no one’s telling you to watch these movies.”

Subscription funds ($5.99 a month or $54.99 for a full year) will likely help pull in new filmmakers who might have been reticent to release their work for free, and while Audley hastens to make clear that NoBudge’s fees will only offer “small sums to money” to creators, he added that NoBudge puts money in the pockets of the people who made the films. Sixty percent of all profits from the platform will go to filmmakers.

“I see how easy it is to make movies and not get paid anything,” Audley said. “I’ve spent a career making movies and not getting paid. It’s not something I’m going to fix by paying filmmakers. These are small sums of money. But I think just symbolically, if there’s money there, it should go to the filmmakers directly.”

Feedback has already been positive, Audley said, and he’s excited to see what comes next. “I’ve always been in a kind of a no-lose position,” he said. “With the NoBudge attitude, it’s sort of like, you do what you can and you try to come from a place of passion and affirmation, and just whatever happens, happens. … I think it’s a powerful thing to accept somebody, and to encourage them, and to be excited about what they’re offering the world, even if it hasn’t got into tons of festivals or ushered themselves into a Hollywood career. I think it’s really important to affirm young voices.”

NoBudge’s new streaming platform is now available to access on the web, as well as Apple TV, Android, Roku, Amazon Fire TV, and iOS. A free 7-day trial is also available for gun-shy folks who want to sample the platform first.