Adil Ray and Susanna Reid interviewed Hollywood superstar Sharon Stone this morning on Good Morning Britain as the actress discussed her past health issues, stepping back from Hollywood, and her recent memoir. However, the star was displeased with questions regarding ‘that’ famous Basic Instinct scene from Adil.

But on GMB on Thursday, it was a new career move she discussed thanks to the recent release of her memoir The Beauty of Living Twice.

Her book details her career in Hollywood, and a haemorrhage she suffered in 2001, which required extensive brain surgery.

But when touching on her career in Hollywood, particularly the Basic Instinct scene, Sharon promptly told him she’d spoken about it before. 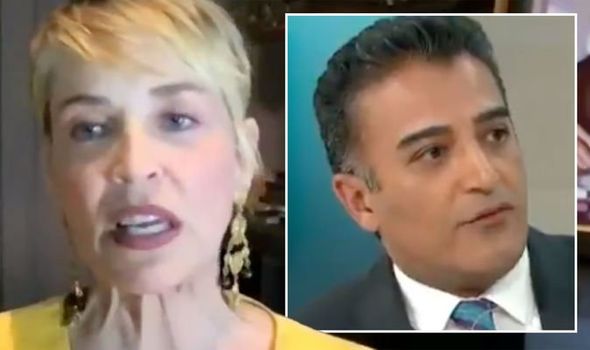 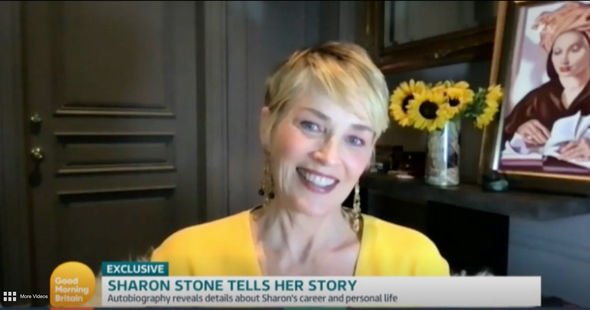 Adil began questioning, saying: “Looking back at that now, I urge everyone to read the book because it’s fascinating.

“You mentioned how you felt duped at the time with that famous scene,” he continued.

Sharon interjected: “I’ve talked about everything I’ve really had to say about that in the book. 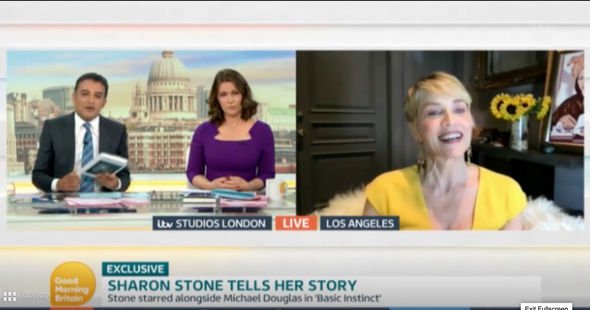 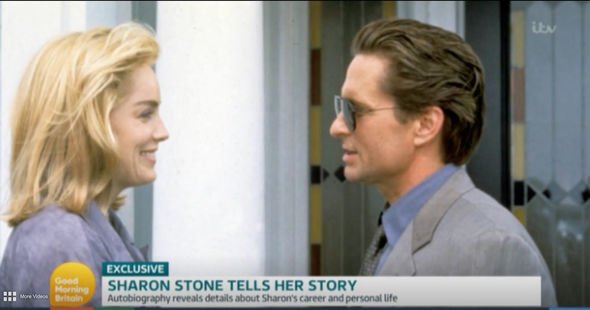 Adil appeared flustered as he continued: “I’m with you but I think it’s quite interesting that what I like about that whole moment in Basic Instinct is that you completely own that moment despite what other people have had to say.

“Other people have debated about it, you completely owned it.”

Despite an awkward Sharon waiting for the questions to end, Adil continued: “You talk about Me Too and that moment that is a really important issue for a lot of people now but you say this has been going on for some time.

“You’ve had quite an interesting way of dealing with that where you’ve just been able to say no. Just tell us a little bit about that,” he asked.

“I think it begins in homes both rich and poor. I think that the lack of communication is certainly a global one.

“I think that rape kits need to be processed. I think that elementary schools, nursery schools, need to have places where kids can say how they feel and what’s going on.

“And that educated people need to be installed in all schools,” she continued.

Sharon added: “I think we need to have better communication in courtrooms about how we treat victims of these kinds of crimes.

“I feel that we need to understand the differences between felonies and misdemeanours.

“I believe that think tanks need to be made so that we have a better understanding of what all of this means and so we can address it more fruitfully, more thoughtfully, and more compassionately in the legal system.

“I think that we are impoverished in our understanding of how to address these issues,” Sharon concluded.

Good Morning Britain continues weekdays at 6am on ITV.