Phillip Schofield clashes with doctor on Scotland's self isolation

Holly Willoughby and Phillip Schofield hosted This Morning on Tuesday (June 22) and led a debate on coronavirus restrictions. They welcomed Doctor Ellie Cannon onto the ITV daytime show to discuss why certain players in the England football squad were having to isolate this week. But, things got heated when Phillip objected to one of Ellie’s suggestions.

England players Ben Chilwell and Mason Mount have been forced to self-isolate as a precaution after coming into close contact with Scotland’s Billy Gilmour.

The pair were spotted interacting with Chelsea team-mate Billy after Friday’s 0-0 draw with Scotland at Wembley.

Billy has since tested positive for Covid-19 and will miss Scotland’s final group game against Croatia on Tuesday.

This is in line with Public Health England (PHE) guidance that states someone may have to self-isolate if they’ve had a face-to-face conversation within one metre, or have been within two metres of someone for more than 15 minutes who tested positive for Covid-19. 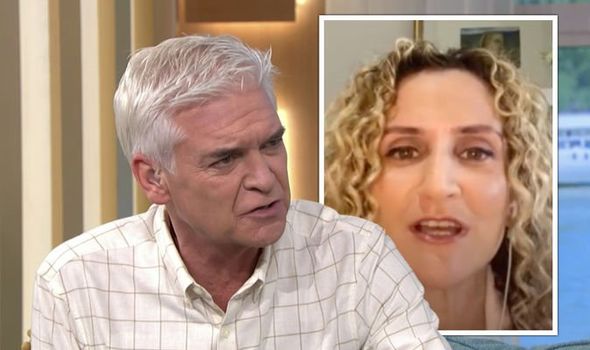 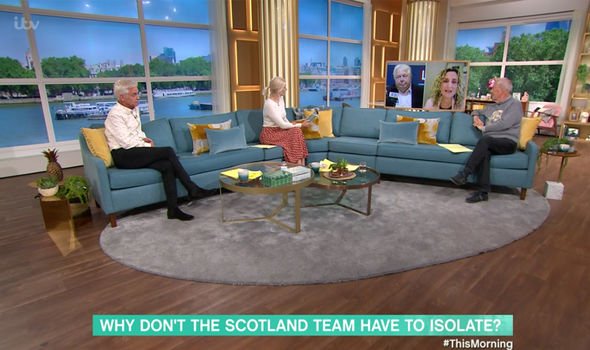 But, despite two England players being told to isolate, none of Billy’s Scotland teammates has been asked to.

While discussing the topic on This Morning, Phillip said: “This tunnel conversation is irrelevant because you have all of them together in their dressing room beforehand and afterwards and coaching and all of that.

“So it’s irrelevant to pick out three players.”

Ellie agreed, adding: “Absolutely, this is what – I’m sorry to harp on about children, but it’s absolutely unfair…” 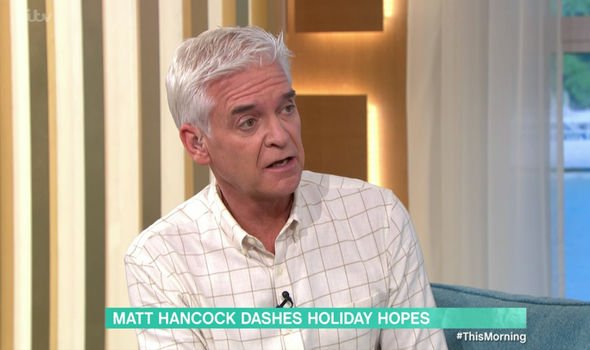 Ellie replied: “Because surely they’re all together in their changing rooms and they’ve all had close contact.

“Football is a close contact game, they’re tackling, they’re all close to each other.

“So, how can you say just the ones who have had a conversation are next to each other?

“Surely they’ve all been together in changing rooms and all sorts of things,” the doctor explained.

Nick Ferrari also joined in the debate when Phillip asked him: “Nick what are your listeners saying today?”

The LBC presenter replied: “Pretty angry actually Phillip and I think confusion reigns and I put this to Matt Hancock in the first hour of my radio show.

“What I think is that it speaks to Ellie’s point and indeed Phillip and Holly to your point is that there is utter confusion,” he explained.

Nick suggested many people have been following the coronavirus restrictions, but are now reaching a “tipping point.”

The radio host went on to criticise the apparent lack of social distancing at football matches.

He also hit out at the BBQ in Cornwall that Boris Johnson hosted for the G7 Summit, branding it a “breach of covid rules.”