A dense espionage narrative proves all too tangled in this directorial debut from the South Korean actor Lee Jung-jae. 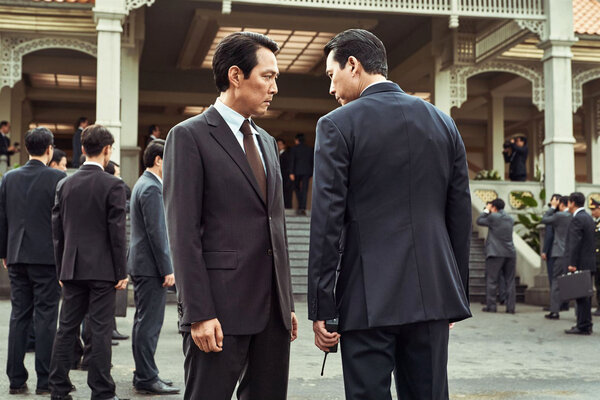 “Hunt,” the feature directorial debut of the South Korean actor Lee Jung-jae (a star of “Squid Game”), is a tangled espionage thriller that recalls the suspenseful works of the British novelist John le Carré.

Set during the early 1980s, the film, dominated by flashbacks, features double crosses, subterfuge, geopolitical angst and professional regret as the backdrop to an intense pursuit by two competing intelligence agents — Park Pyong-ho (Lee) and Kim Jung-do (Jung Woo-sung) — to uncover a North Korean mole embedded in their agency who intends to assassinate South Korea’s president.

A dense narrative bursting with elaborate red herrings proves an unmanageable mess as the film wears on. Kim and Park accuse each other of being the spy; student protests explode; missions misfire; anonymous soldiers eliminate key witnesses; and Kim uses an allegation of treason against Park’s adoptive daughter (Go Yoon-jung) as blackmail. All of this is barely held together by vigorous shootouts littered throughout. Lee’s overt visual homages to Alfonso Cuarón’s “Roma” and Ben Affleck’s “Argo,” his keen eye for period detail, the rising body count and the moral quandary that arises when Park and Kim question their loyalty to their country do little to reclaim one’s interest.

A convoluted conclusion, begot by an unconvincing change of heart, obliterates any chance of “Hunt” offering the clarity it needs to be entertaining. Instead, Lee’s directorial effort wanders toward something unmemorable.

Hunt
Not rated. In Korean, with subtitles. Running time: 2 hours 11 minutes. In theaters and available to rent or buy on Amazon, Google Play and other streaming platforms and pay TV operators.