With the final episodes of How to Get Away With Murder winding down, everyone wants to know who is going to go to jail and who is going free. The murders have stacked up over the past six seasons; however, Bonnie Winterbottom (Liza Weil) and Frank Delfino (Charlie Weber) physically killed more people than Annalise Keating (Viola Davis) and the Keating 5.

Somehow, these two are currently not on trial. Let’s take a look at whether Frank or Bonnie got away with more murders over the last six seasons of the show. 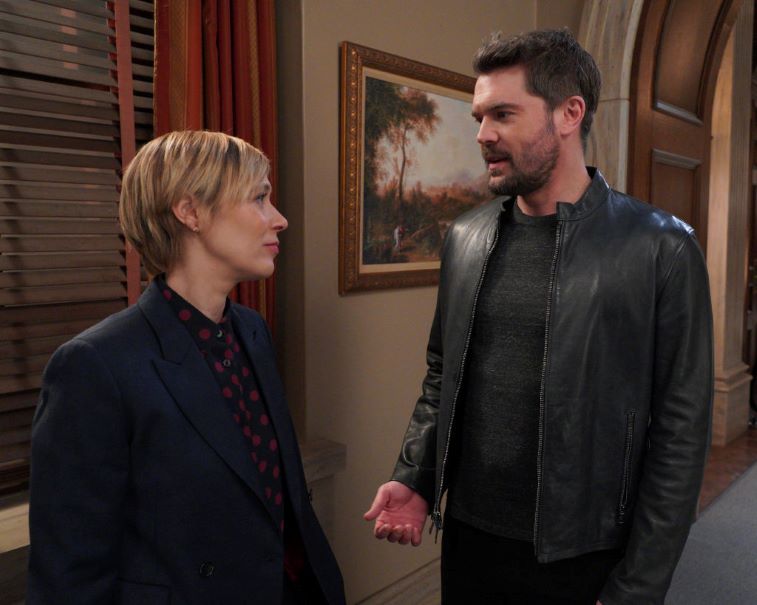 Although the primary storyline in season 1 of How to Get Away With Murder is over who killed Sam Keating (Tom Verica), there were two other deaths critical to the plot before that one. Frank killed Lila Stangard on Sam’s orders, and Bonnie murdered Rebecca Sutter (Katie Findlay).

The Keating 4 kidnapped Rebecca to find out the truth about her relationship with Lila. They thought she might have something to do with Lila’s death. However, Rebecca threatened to go to the police about Sam’s death. So, Bonnie pulled a plastic bag over Rebecca’s head and suffocated her to death in a fit of rage — and to protect Annalise.

By the end of the first season, Wes Gibbons (Alfred Enoch), Bonnie and Frank were the ones with blood on their hands. Annalise Keating and her students only helped to cover it up. We could also add that Michaela Pratt (Aja Naomi King) pushed Sam over the railing before Wes finished him off, but she was protecting herself and her client, Rebecca.

Throughout the six seasons that Frank is Annalise’s bonified hitman, it is shocking that he doesn’t murder more people. In season 2, Bonnie got her hands dirty — with the death of Emily Sinclair (Sarah Burns). Although, Asher Millstone (Matt McGory) ran over Emily with his car before Bonnie covered it up by pushing her off a building.

In season 3, it’s Frank’s turn, when he begins the season by killing the hitman that Annalise sent to find him — Butchman. Frank begs Annalise for forgiveness in the best way that he knows how — killing. Annalise doesn’t forgive him for his involvement in the death of her unborn child, so he works on Bonnie instead.

Frank poses as someone who works at a prison in Coalport, Pennsylvania. There he finds Bonnie’s father, Robert — who is serving time for his mistreatment of Bonnie as a child — and brutally murders him. In the next episode, Bonnie hugs Frank and thanks him for the gift. By the end of season 3, Bonnie killed twice, while Frank murdered three times.

In season 4, one of Laurel Castillo’s (Karla Souza) father’s hitmen, Dominic Flores (Nicholas Gonzalez), visits Caplan and Gold to find out what information was taken off a hard drive. Meanwhile, we find out from Laurel that Dominic told her not to go through with the plan to take down her father.

We're just going to leave this here for you. You are welcome! #HTGAWM 📷: @thecharlieweber

After Dominic is spotted attempting to track down Oliver Hampton (Conrad Ricamora), Frank grabs him. While tied up, Dominic confesses his love for Laurel to make Frank angry. The hitman goes too far, taunting Frank about Laurel. We find out in the next scene that Frank killed him in a fit of rage, ruining Laurel’s hope of using him to get to her father and newborn baby. His murder count is up to four people that we know of, and he’s still not behind bars.

In Season 5, Bonnie kills again to clean up Nate’s mess

The considerable mystery surrounding season 5 was the death of Assistant District Attorney Ronald Miller (John Hensley). We find out later in the season that Nate Lahey Jr. (Billy Brown) almost beat Ron to death outside of Connor and Asher’s wedding. Nate and Bonnie believe that the A.D.A. ordered the hit on Nate’s father.

We're on the edge of our seats about #WhoKilledAnnalise. #HTGAWM

Although Bonnie is dating Miller, she suffocates him in the snow after she sees what Nate has done. Then she instructs Nate to dispose of his body. The two formulate a plan together to get away with the murder.

The numbers stack up to be reasonably close for Bonnie and Frank. Bonnie killed three people, all in the hopes of protecting someone else. Frank murdered four individuals, mostly out of rage. So, Frank is currently the one who got away with more murders, but there are still two weeks left.

Viewers will find out if those numbers change on How to Get Away With Murder Thursdays at 10 p.m. E.S.T. on A.B.C.

Read more: ‘How to Get Away With Murder’: Who Did Annalise Keating Kill? — A Recap Of All of The Murders That Went Down Since the Series Began