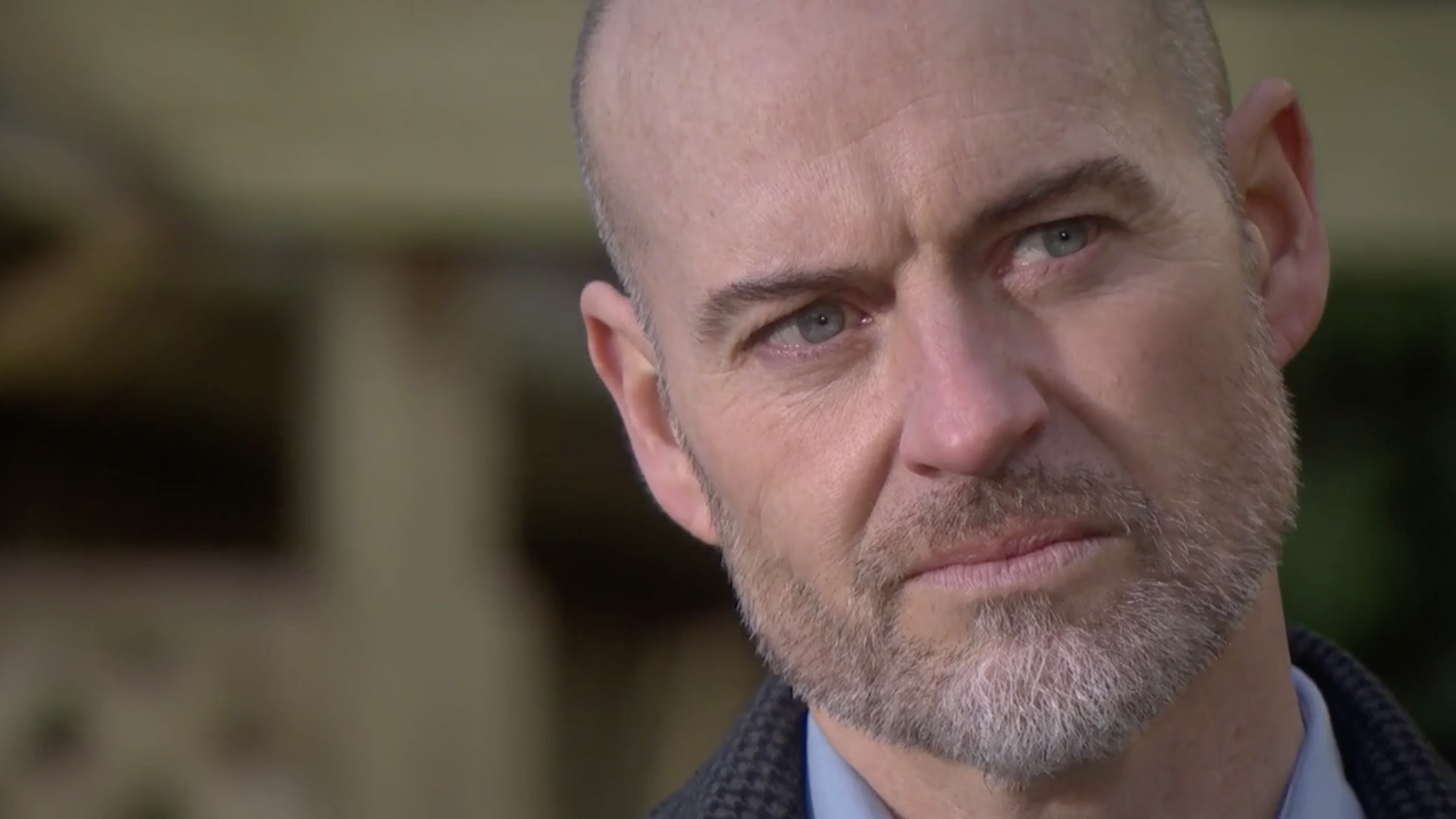 The dodgy businessman has allegedly made a name for himself in buying up properties and renting them back to their owners.

There is much more to it than that, however, which viewers learned for themselves in tonight’s edition of the Channel 4 soap, as Fergus’ former associate Katya showed up.

Katya instructed Warren Fox (Jamie Lomas) to arrange a meeting between she and Fergus in the park, but – in spite of her threats – Fergus didn’t seem all that concerned.

That is, until she revealed that she knew of ‘Project Bluebird’. You see, such a revelation wiped the smile right off Fergus’ face.

But what is Project Bluebird?

It appears as if it’s some sort of horrific website that allows ‘customers’ to pay for access to live-streams of women – livestreams directly from the women’s very own homes.

Viewers will remember that Fergus installed hidden cameras in Peri Lomax’s (Ruby O’Donnell) bedroom, which likely means that she’s being broadcast on the World Wide Web.

‘Those poor girls,’ said a horrified Katya, having gained access to Fergus’ sick livestreams. ‘I always wondered where the real money came from.

‘But this? What kind of twisted perverts pay you for these livestreams? How many hidden cameras do you have? Spying on girls in their homes.’

Katya’s plan to expose Fergus unfortunately backfired, as he revealed that the password that she’d used to access the steams no longer worked, meaning that she has no proof of what he’s doing.

Will Fergus get caught?

Hollyoaks continues Friday May 7 at 7pm on E4.