HOLLY Willoughby told her long time co-host Phillip Schofield to "shut up" as he tried to put her off a tricky cube game.

Holly, 39, was concentrating hard on the difficult task all while Phillip was trying to put her off. 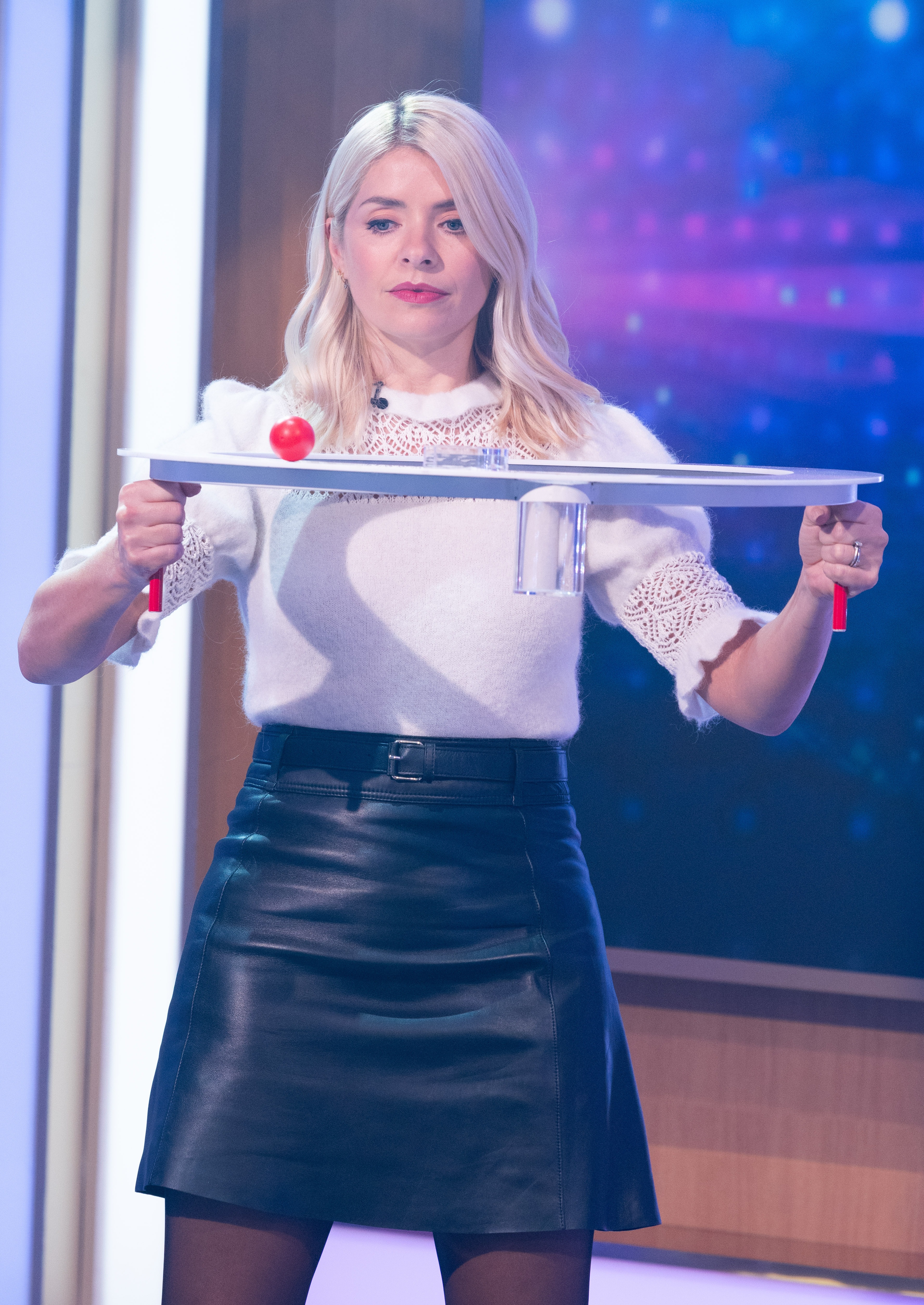 The This Morning host kept her focus on the game which involved rolling a ball around a large circle before getting it into a hole, without it falling off.

He let her know he would be posting her attempt to Instagram, which Holly backed entirely.

"So, I'm assuming you want me to post this right now?" Phillip said.

Holly replied: "Post me actually beating The Cube for the first time? Yes, I actually want you to post that right now. Of course I do." 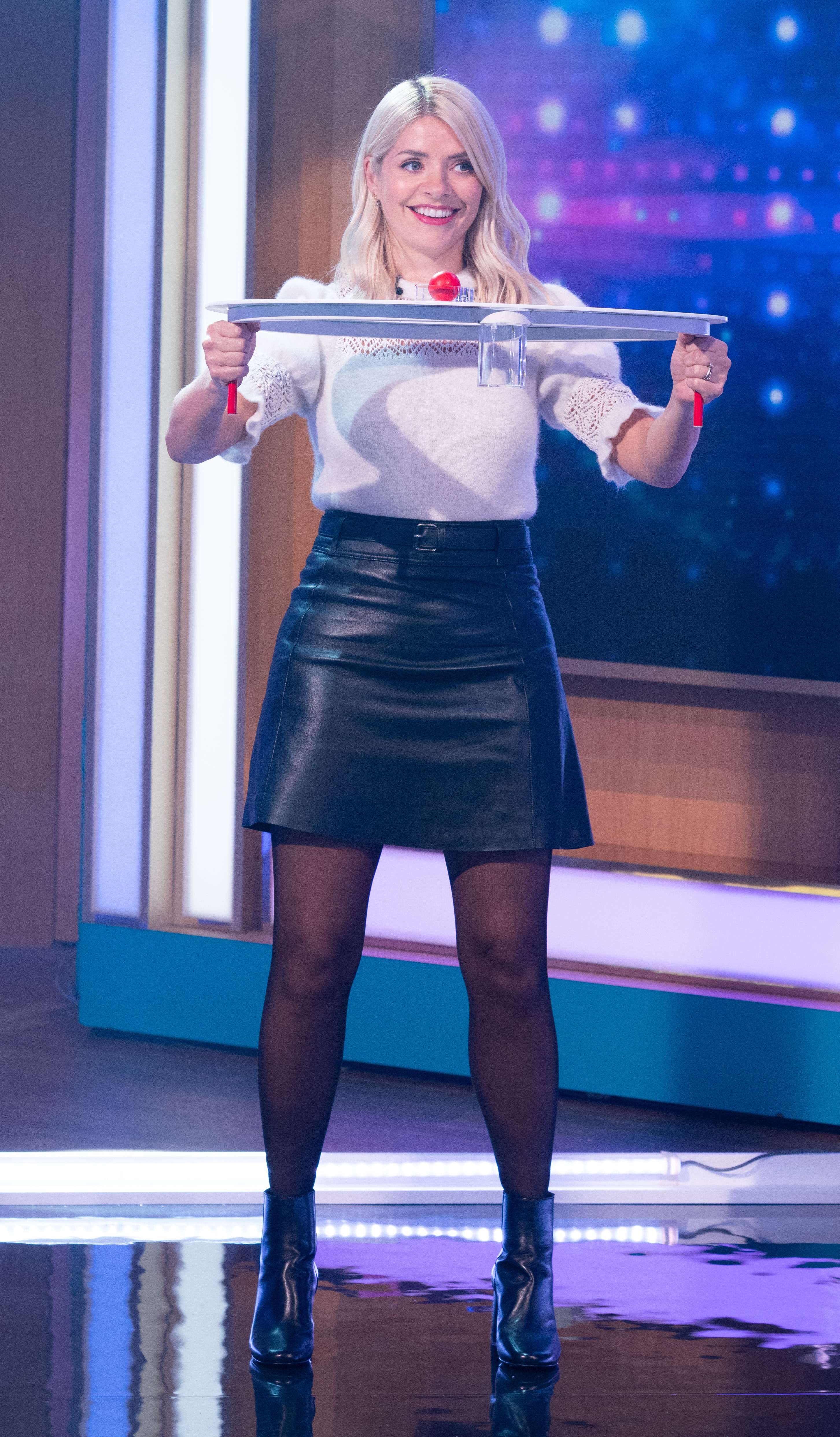 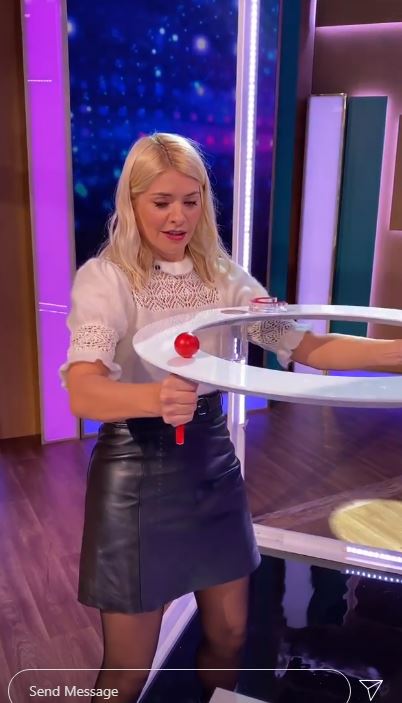 "We've actually got The Cube in the studio right now," Phillip told his Instagram followers.

"And Holly has been incredibly impressive. Watch this."

But Phillip wasn't going to let her do it easily and not only filmed her attempt but put pressure on her with a running commentary as she took on the challenge in the infamous Cube.

"Right, you have one life remaining," he started. 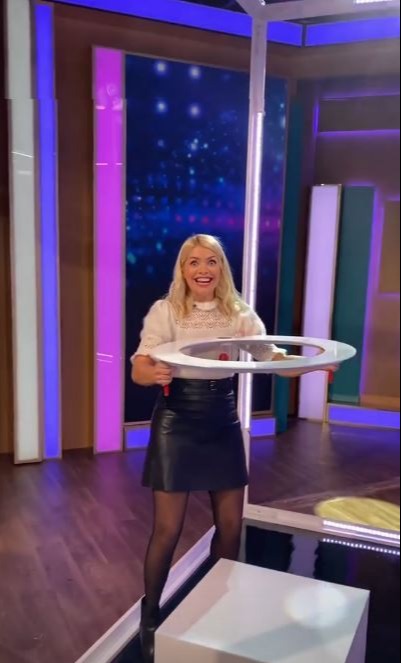 But Phillip went on anyway: "This is for a million pounds, all you have to do is get it down and around the hole at the end.

"Nice and easy, take it easy."

Holly was having none of it and snapped, "shut up" before sinking the red ball at the end. 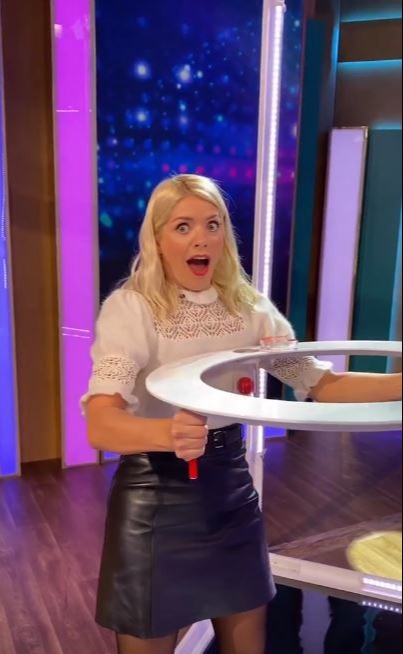 He congratulated her, "you have a million pounds!"

A shocked Holly exclaimed, "I did it, I did it, can you believe it?"

The 58-year-old shared the rare glimpse from behind the scenes of their morning show to his Instagram stories.

He hosts the reboot of the popular competition series which returns to TV for the first time in 2015.

Now, after an absence of five years, the creators are rebooting the ITV favourite and introducing a million pound jackpot. 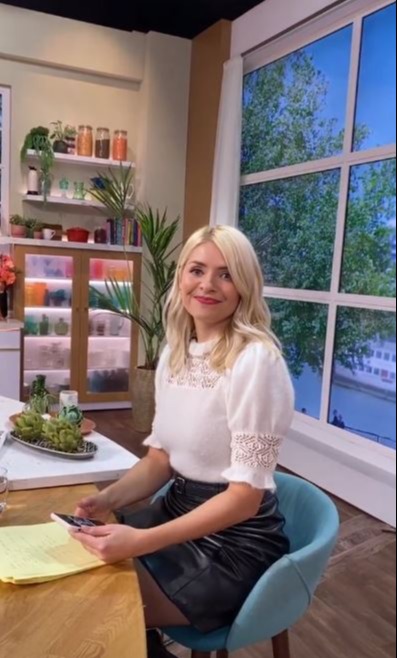 Phillip will still be hosting, but for the first time the new five-part series also introduces two-player games involving pairs of contestants from the same household.

A TV insider said: “The last time The Cube aired was in 2015, so there was no way ITV would bring it back without making some radical changes to refresh the show.

“The former jackpot was £250,000, and since the show is also about coping with tension, they felt having a seven-figure sum at stake would increase that even further. 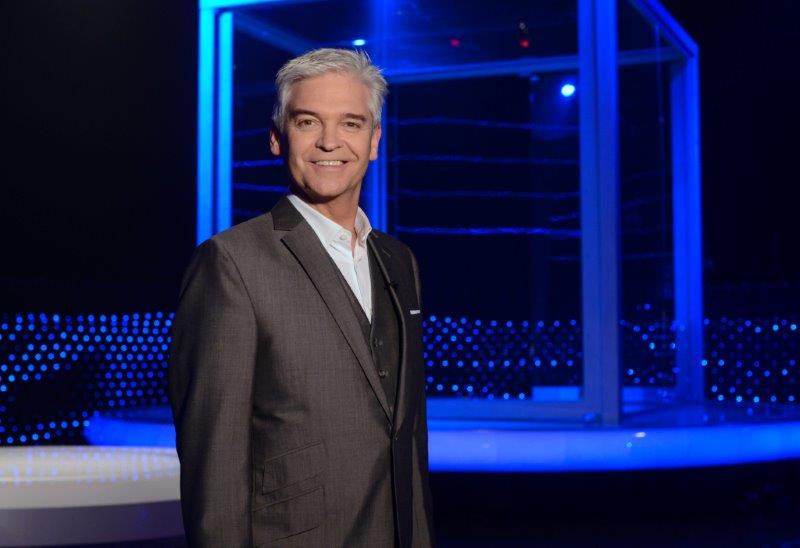 “But the simple format at the heart of the show remains largely unchanged — it’s still about contestants desperately trying to keep their cool.”

The Cube first aired on our screens in 2009 and ran for nine successful series, becoming a staple of Sunday night telly in the UK.

Different versions were sold around the world.

The competition sees contestants enter a four-metre square cube where they have to complete seven tasks testing their ability to judge distance, time, memory and balance. 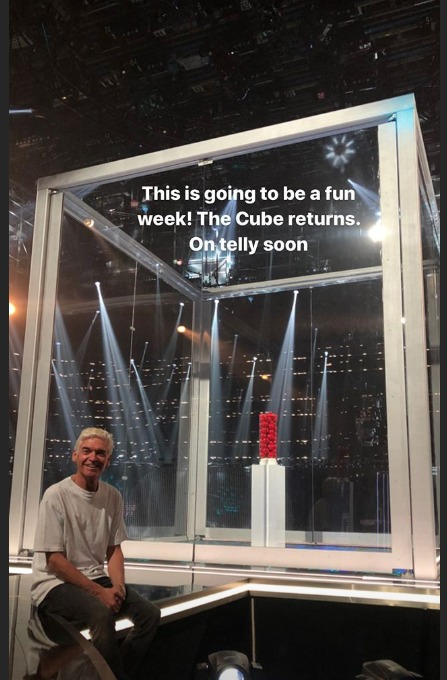 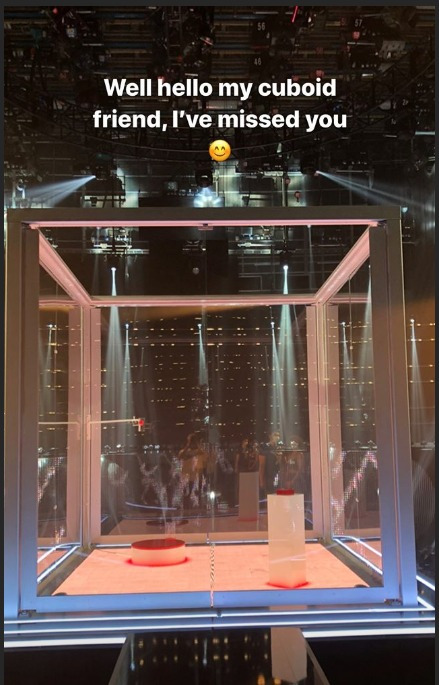 Phillip teased the return of the popular show in August after sharing a couple of pics of the infamous perspex cube in which competitors take on seemingly simple tasks to win big.

"Well hello my cuboid friend, I've missed you," he wrote on the Instagram stories.

"This is going to be a fun week. The Cube returns. On telly soon."