Odds are good that if you checked out “History of Swear Words” within the last week, it was to see Nicolas Cage drop a few of those words as only he can. The Netflix show, hosted by Cage in his own scholarly fireside way, takes viewers inside the unexpected etymologies behind some of the English language’s most notorious corners.

But “damn” is a relatively mild entry — in its current usage — that shows not just the full spectrum of how we view explicit language now, but how much it’s changed over many centuries.

“It’s really the story of how something goes from being the most offensive thing you can possibly say, this biblical understanding of you literally damning someone to hell, to being now fairly benign,” showrunner Bellamie Blackstone said. “When we really dug into it, we realized how important it was for for us to talk about the full lifecycle. Words like ‘fuck,’ which you still can’t necessarily say on a lot of TV, kids who are college age or younger, don’t really see it as that offensive. So when they become adults or grandparents, all of a sudden that language has shifted so much in 20 or 30 years that maybe it’ll be somewhat unrecognizable to us today.”

One of the savviest tricks of “History of Swear Words” is including comedians (including Sarah Silverman, Joel Kim Booster, London Hughes, Patti Harrison, and DeRay Davis), linguistic experts (including former Merriam-Webster’s staffer and “Word by Word” author Kory Stamper), and cultural critics (like current KCRW host Elvis Mitchell) alike without getting too esoteric about how these words are used. The result is an approach to this history that boils down generations of context into accessible, 20-minute installments in a thoughtful way.

It’s fascinating to see some of these usages emerge and evolve naturally in eras where the written word was scarce. Another key for “History of Swear Words” is diving into the far more recent past to see how some of these words have become stages for a more active linguistic battleground.

“It’s the pinnacle of emotion, both negative and positive. It can be the pinnacle of protests. When you say ‘Fuck the police’ like that, I think Zainab [Johnson] said it best: you say it because there’s nothing else that you could possibly say that will get across that same message in that moment,” Blackstone said. “When you look at a word like ‘bitch,’ which was had been used to degrade women for such a long time, and then you see communities of women and other communities start to really embrace and reclaim the word you realize these words aren’t bad. There’s no ‘bad’ language. It’s about how you use it, how it can be powerful, how it can be the exact right thing to express in a particular moment. And you have to celebrate that we have these words and that your brain does react to them differently.” 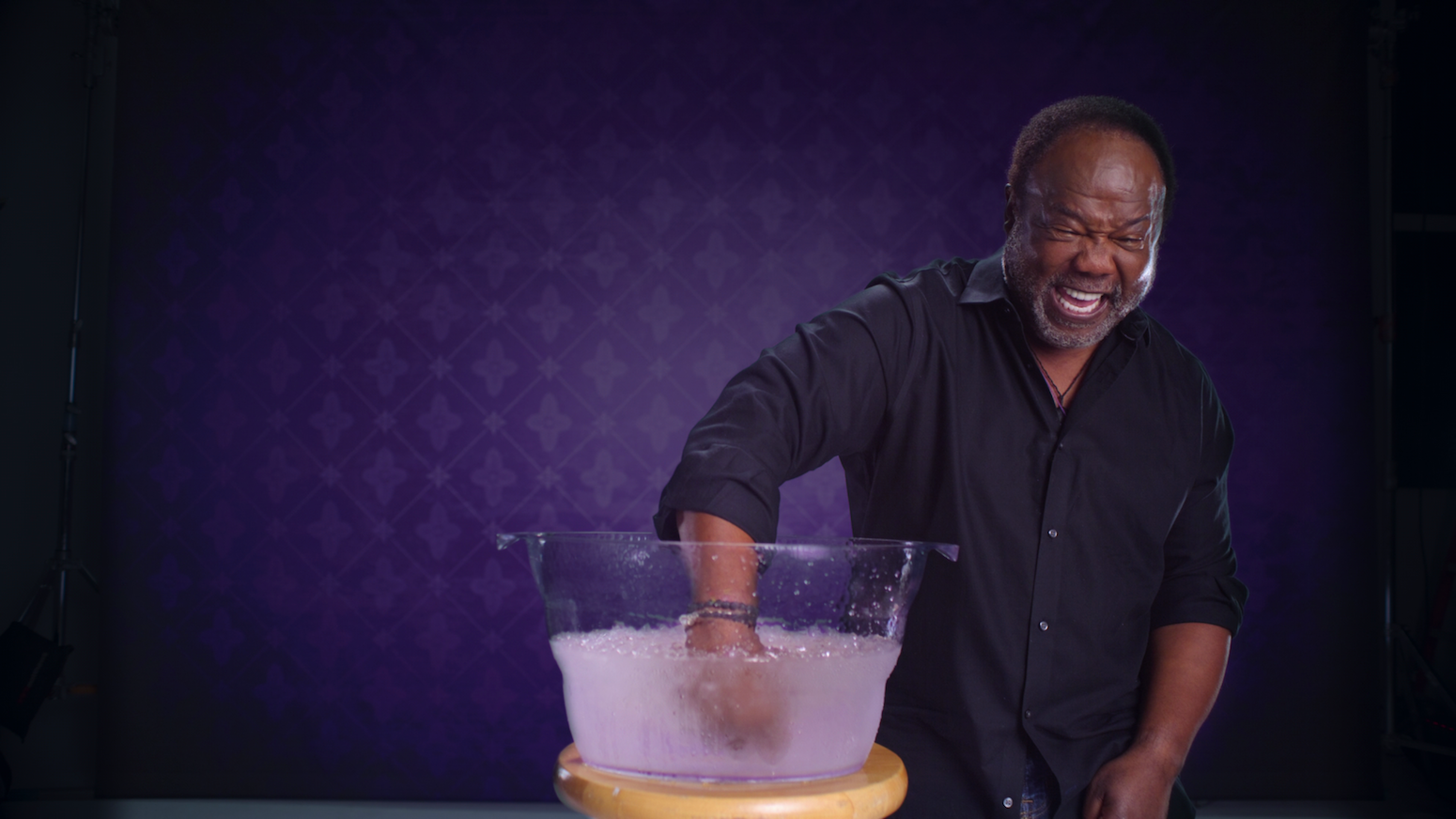 “History of Swear Words” is one of the first series-length projects to be released after being produced almost entirely in quarantine. With a cooperative team and a clear plan, the show’s staff was able to organize and film all of these segments so that the final product didn’t feel overly constrained by production needs. Even something as small as having Cage and Isiah Whitlock, Jr. get up and walk around their respective filming spaces breaks up the Zoom box energy that so many remote shoots and panels have taken on over the last 10 months.

“I don’t believe we really compromised in terms of what we wanted the series to be, which felt really good,” executive producer Brien Meagher said. “We obviously adhered to every possible guideline in regards to the safety of not only our crew, but the talent themselves. The actual format itself, and truthfully, the content that we were discussing during the pandemic, all kind of came together in a way that that was kind of serendipitous.”

It helped that the show had plenty of pop culture history to draw on, too. From “Gone with the Wind” to John Hughes and Judd Apatow movies, there’s a bevy of potential clips to help highlight how these words have shifted over time.

Maybe the most purely entertaining parts of “History of Swear Words” is the animated sequences that the show uses for the more bygone historical examples.

“There was this theme through history of the written words and books. The idea was to have them sort of come off the page as the inspiration. So we went with a paper doll effect … an actual literal way of incorporating literature and the written word into the animations themselves. There’s a lot of texture to that. And big heads are funny,” Meagher said. 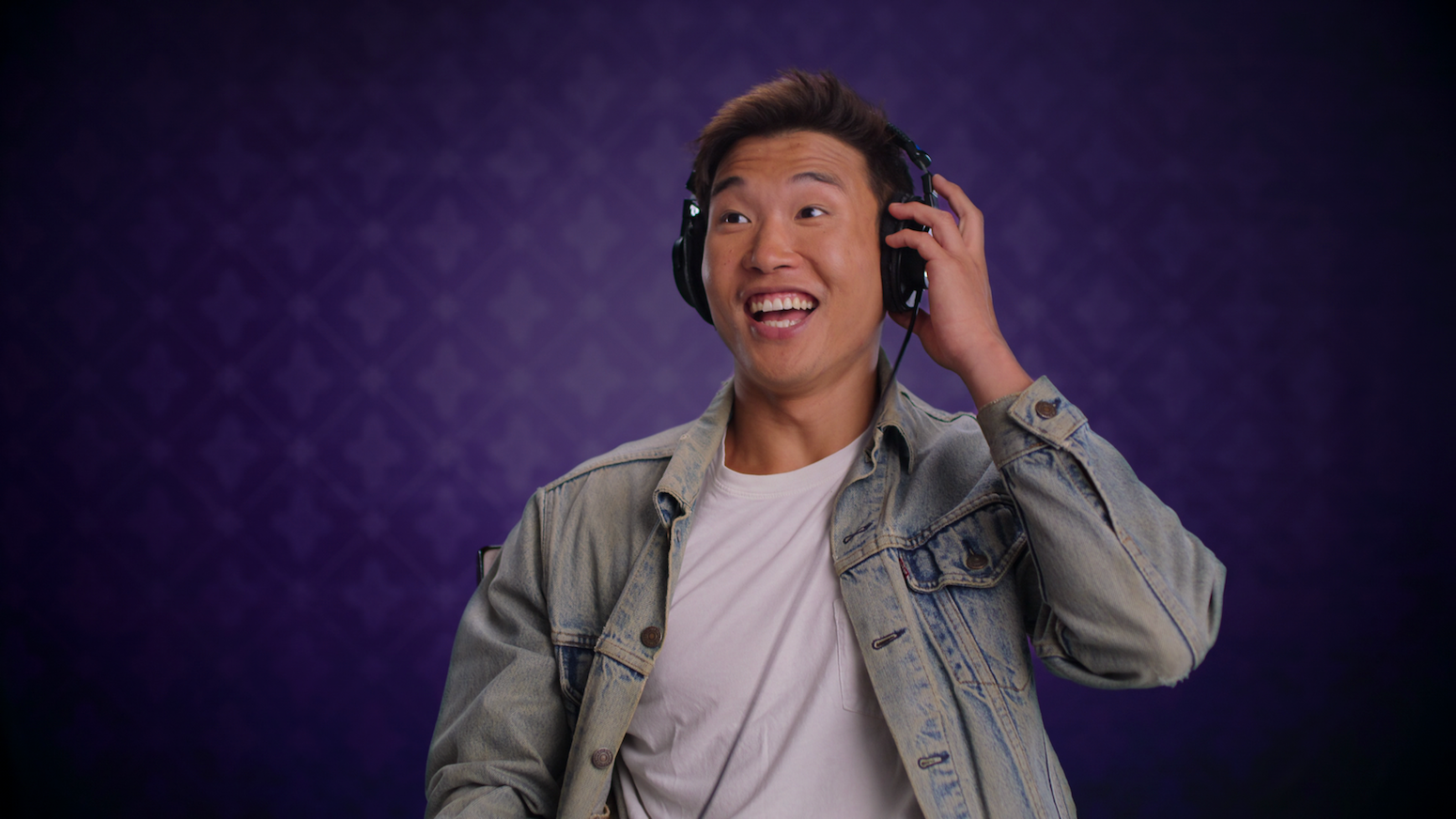 Of course, Cage is his own special effect. From his check-ins along each word’s timeline to the line deliveries that only he can deliver (you’ll never hear the name “Twisted Sister” the same way again), the host is the main source of electricity powering the show’s neon sign.

“You would show him something and say, ‘Well, this is just going to be getting us from A to B,” and he would go, ‘OK. Hold on.’ And he’d think about it, and then you would just see this moment come to life,” Blackstone said. “He has a really interesting understanding of language and performance. Clearly it was Nic Cage, but it was Nic Cage 2.0. He brought so much to the project, both in his perspective as well as in his performance.”

For a show that finds historical parallels in unexpected places, it makes sense that this linguistic tradition includes similar outsized personalities of the early 20th century. “History of Swear Words” explains how, in the early days of recorded music, national traveling shows pushed the boundaries of accepted speech. Seeing the comedians of today react to those records is one of the high moments of the season.

“I come from a family of vaudeville performers, both my dad and my grandfather. So understanding that culture and how that’s been a part of how language has evolved through, especially through the ’20s and ’30s and 40s, I just wanted to get a little bit of that in there,” Blackstone said.

Though this season of “History of Swear Words” takes on some of the heavy hitters, Meagher insists that there’s plenty more ground to cover in a potential Season 2 and beyond.

“There’s at least two more seasons of just regular swear words. There’s some big ones, like the ‘c-word’ that we’re not even touching until until Season 2. And then I think there’s a whole series just on UK versions of swear words, which make me laugh harder than the ones that we have here stateside,” Meagher said. “But also, I’ll go on TikTok, and I’ll see new swear words being created that I don’t even understand yet. I think as these things change, we’re going to find stuff that’s more offensive. And younger generations are going to start using words differently, which will hopefully help the longevity of this show as a series.”

“History of Swear Words” is now available to stream on Netflix.