Fred Sirieix, Gino D’Acampo and Gordon Ramsay are back on screens tonight as viewers can finally see how their American Road Trip played out. The trio hit the road in the ITV show and get up to plenty of mischief along the way. However, TV chef Gino found himself caught up in one particularly hair-raising moment when he crashed a desert dune buggy.

The second series sees the trio hitting the highways of Mexico and the USA, taking in the sights of Las Vegas, Los Angeles, San Francisco, Texas and Tijuana.

But things got out of hand when Gino lost control and crashed his desert dune buggy while racing fellow TV chef Gordon.

During an appearance on This Morning, Fred revealed how frightening the crash was and how Gino found himself in such a hair-raising position.

“This is not a joke,” Fred confirmed. “Gino D’Acampo almost died on the shoot. 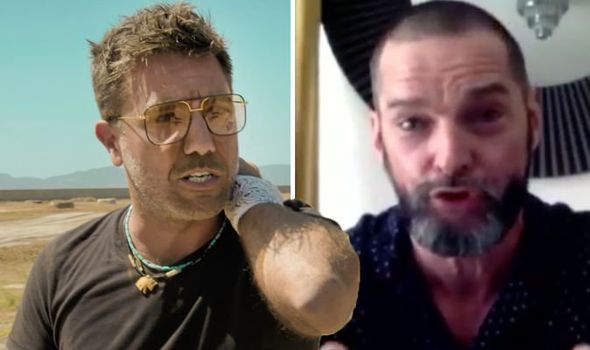 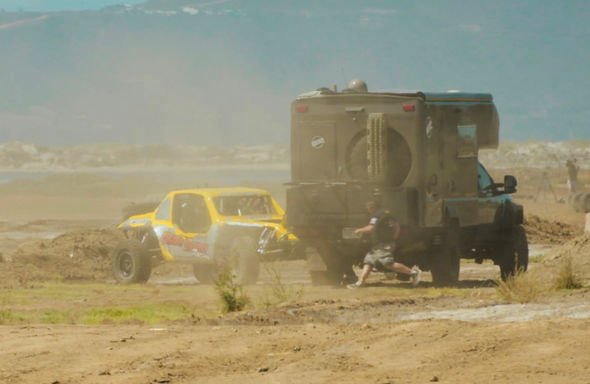 “It was about two, three minutes after the start of the race which actually Gordon started because Gordon is the one who pushes Gino, makes him do stuff and then Gino is like a little Rottweiler behind him.

“As I was going around the corner, I just saw Gordon going into the wall and thought he had hurt himself.”

“I did not see that Gino had already bumped into the RV so I got out to check on Gordon and then I realised what’d happened,” he continued. 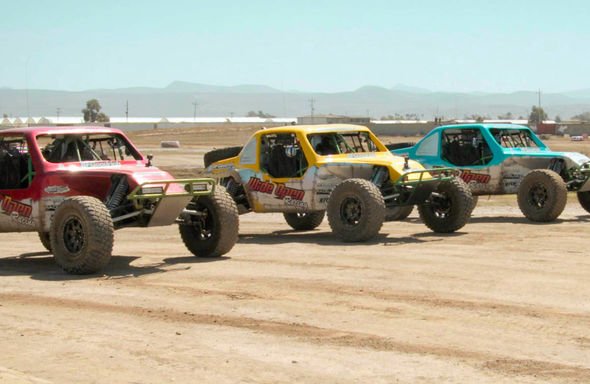 “I had no idea but you will see tonight in the programme how close Gino was and Gino was in shock after this.”

Fred continued: “They are both so competitive. Gordon goes at a hundred miles per hour, he always wants to win.

“He’s always right, you cannot argue with Gordon. Whereas Gino doesn’t care. He’s very little but he still wants to compete with Gordon.

“They go head-to-head in a clash and I’m just stuck in the middle. It’s crazy!”

The restaurateur explained how happy he was to embark on a roadtrip with Gordon and Gino.

Fred confessed: “I can now die a happy man…. We were in Texas, I was crying in the RV, Gino put his arm around me and Gordon was just going, ‘Oh, look at him!’

“It was the trip of a lifetime. One of the best moments in my life… It’s not a show for me, for us, because it was our life.

“It’s what we did for a month on the road, having fun and just doing crazy stuff that you don’t get to do in your lifetime. That was incredible!”

Fred continued: “It’s a real friendship. We are so different, we are like chalk and cheese.”

Discussing his upcoming nuptials, Fred revealed: “Gino has said to me that he wants to organise my stag do and I said, ‘Okay, on one condition.

“‘This is the first episode we do when we get out of lockdown. And the one condition is that you will cook at my wedding in Jamaica.’”

“We’re going to do a Jamaican, French and Italian feast,” he added.

This Morning airs weekdays on ITV at 10am. Gordon, Gino and Fred: American Roadtrip starts tonight on ITV at 9pm.