One of the biggest mysteries on General Hospital is the identity of Nina Reeves’ daughter. Cynthia Watros, who plays the character, says she’s seen all of the fan theories online and has given some perspective on the storyline and where it could go. 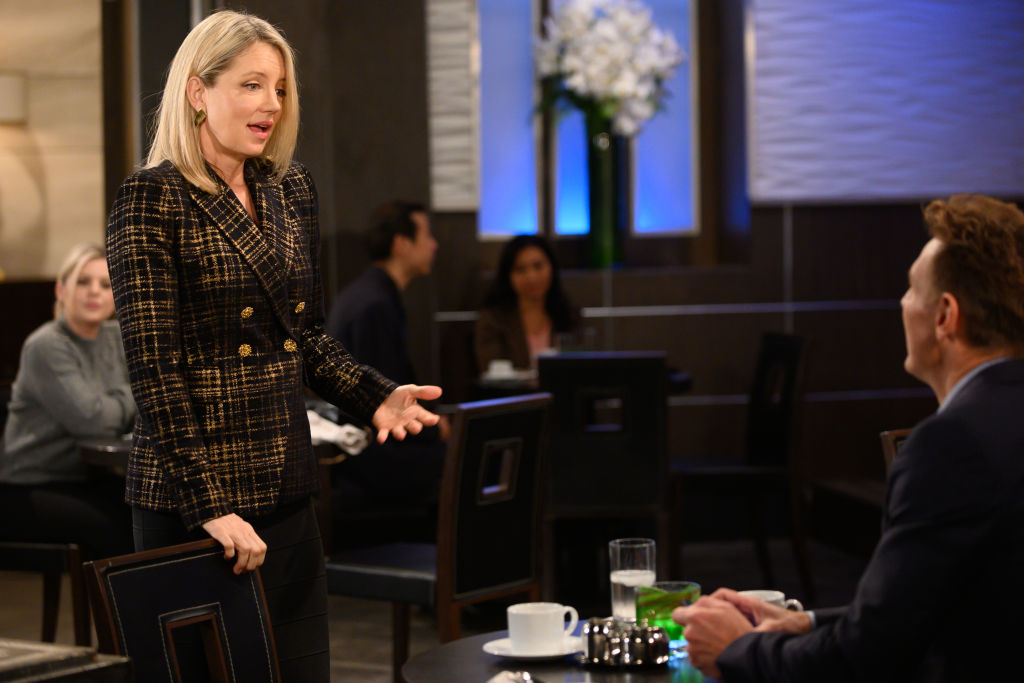 The character of Nina Reeves was first introduced on General Hospital in 2014, portrayed by daytime soap opera veteran Michelle Stafford.

The character was first referenced on the soap back in 2014 as the comatose wife of Silas Clay who overdosed on drugs when she found out he was having an affair with Ava Jerome. Since then, she had been in a coma. Nathan West, Nina’s brother, believes Silas tried to kill her. However, it was their mother, Madeline Reeves, who actually put her daughter in the coma by accident when she tried to get rid of Nina’s baby with Silas.

She arrived in Port Charles out of the coma, to the shock of Nathan and Silas. She seems to be OK with all of the changes that have happened while she was gone, but it was revealed that she had actually been out oft he coma much longer and had gone and terrorized Silas’s apartment. Instead of being fine with everything, she wanted to get revenge on everyone.

The character is later retooled (à la Franco) to become a successful businesswoman and the editor-in-chief of Crimson.

Back in 2018, it was revealed that Nina actually gave birth to her baby with Silas and that Madeline had put the baby up for adoption. Since then, theories have run rampant about who the baby actually is. A few months later, a DNA test seems to claim Sasha Gilmore is Nina’s daughter, but the test was doctored by Valentin Cassadine. Watros had a recent interview with TV Insider and talked all about what’s going on.

There are many theories as to who is Nina’s daughter, and many people think that it could be Willow Tait. On Willow and Nina, Watros said, “She feels what Willow is going through. Nina can completely relate to what it’s like to have loved a child and have that child taken away from her. Sasha is a great example of that. These days, Nina is feeling a great deal of compassion towards Willow these days.”

Some people think Nelle Benson could be her daughter. Talking about Nelle and Nina, Watros added, “I find Nelle and Nina’s relationship really interesting. Nina has made a lot of mistakes in her past. Things that she regrets. She’s had some mental illness. I think she still has that in her. She has more tools to live a saner life. She sees a lot of herself in Nelle.”

On the theories about what happened to Nina’s baby, Watros said, “I have read some things online. I love it all. Some people are thinking one way. Others debate that another theory is what’s real. And I do know some things, which of course, I can’t share. I think that everyone is going to be extremely shocked [when the truth comes out]. Let’s leave it at that.”