TheWrap magazine: “Being at my home when all this amazing craziness is happening helps me to process it, maybe,” says the actress who stars in Israel’s Oscar entry

This story about Shira Haas and “Asia” first appeared in the International Film Issue of TheWrap’s awards magazine.

She has had a very unusual pandemic. At a time when Shira Haas has mostly been at her home in Tel Aviv, the 25-year-old Israeli actress has become an Emmy nominee and something of a star for her role in “Unorthodox,” the Netflix series that became a lockdown sensation. And while that was happening, she also won the best actress award at the Tribeca Film Festival — the festival didn’t take place but the jury still watched films and voted — for her role in Ruthy Pribar’s delicate but wrenching “Asia,” in which Haas plays a teenage girl trying desperately to have a normal adolescence despite a degenerative motor disease.

“Asia” swept Israel’s Ophir Awards to become that country’s Oscar entry, another happy 2020 event that Haas mostly enjoyed in isolation. “I feel like being at my home, at my safe place when all this amazing craziness is happening helps me to process it, maybe,” she said. “Of course I wish it was different circumstances and different conditions, but in a way it does help me to go through this journey in a more grounded way.”

She made the movie immediately before beginning work on “Unorthodox” — “I had the longest hair on ‘Asia’ and the shortest hair on ‘Unorthodox,’” she said with a laugh — after a lengthy and intense period of preparation.

“I might be an easy crier on screen, but I’m not an easy crier in real life,” she said. “But I really cried after reading it, because it touches subjects such as death and grief and disease. But it’s not about that, it’s really about life. To touch a subject so hard, but with so much love and empathy and a beautiful point of view, this is the highest form of art for me.”

Her preparation for the role of the young woman whose teenage rebellion is stymied by her increasing physical frailty took place on several fronts, she said. She studied the physical effects of degenerative motor diseases so that she could chart where she had to be in each scene — “we did not shoot the movie chronologically” — and so she knew things about the condition that even her character, Vika, would not have known. “I will never understand it completely, of course,” she said. “But (I wanted) to be as specific as I can.” 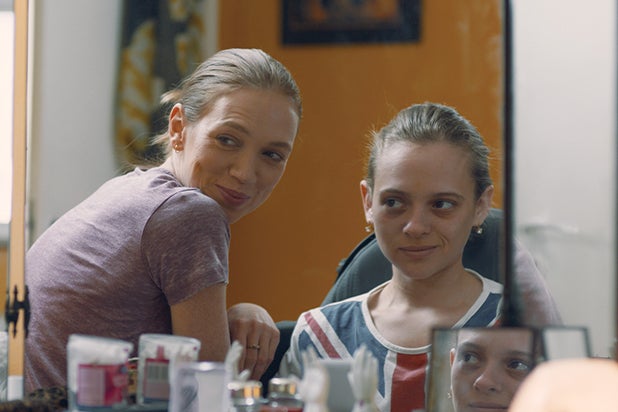 She also researched the emotional journey that comes when you’re facing death, reading Elisabeth Kubler-Ross and Stefan Zweig. “It was challenging to work on that, but it was also beautiful because at the end of the day, this is a story about love and connection,” she said. “It’s sad and heartbreaking, but it has so much acceptance and love.”

Her work on “Asia” came to a head in the film’s devastating final scene, a quiet but deeply moving moment between mother (played by Alena Yiv) and daughter. “Even in the first take,” she said, “we really got to work into the characters. I wasn’t even thinking as Shira, in a way.”

She paused. “After the scene, I remember going back to the hotel in Jerusalem. On the drive back, people were talking about the next day, and I was like, ‘How can they talk about the next day after everything we’ve been through?’”

A laugh. “Both Alena and I cried in that scene, tears of our characters but also, in a way, of our own. And it definitely stayed with me after. That’s why I’m very moved to talk about it now. Every character stays with you a little bit — but it’s been two years since we shot the movie, and when I’m talking about it I can still feel it and smell it.”