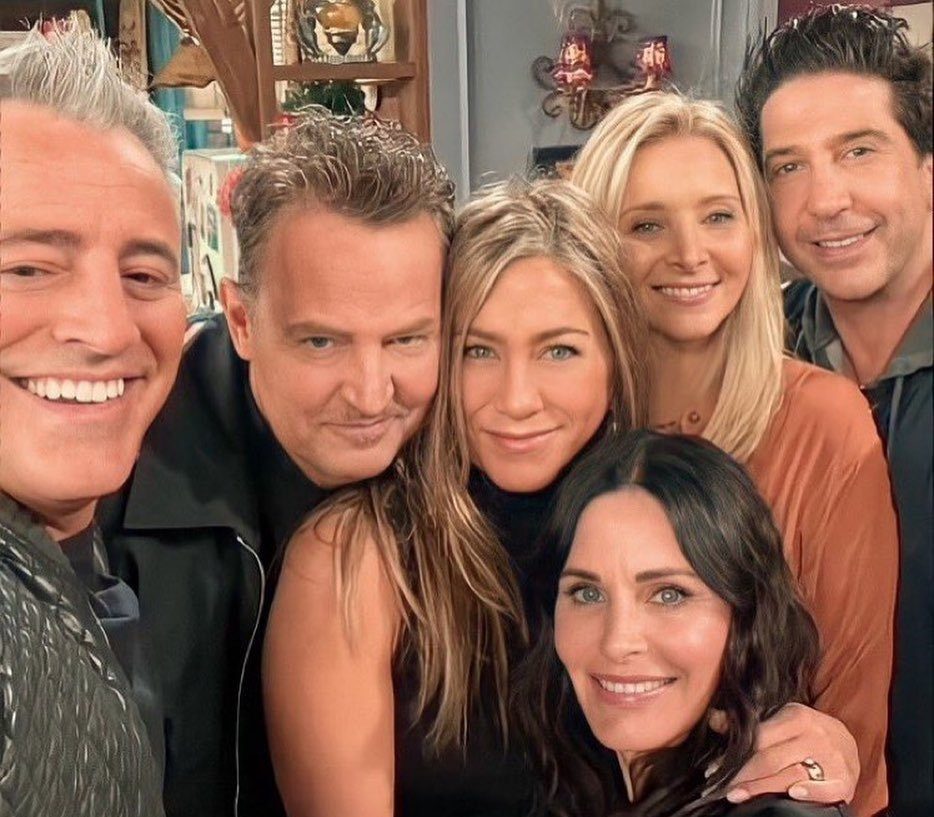 The single biggest moment in the Friends: The Reunion was almost ruined by a disaster backstage.

If you’ve seen the Friends Reunion you will likely have sobbed as the cast – made up of Jennifer Aniston, Courteney Cox, Lisa Kudrow, David Schwimmer, Matthew Perry and Matt LeBlanc – came together on screen for the first time since the final episode aired 17 years ago.

They bawled, we bawled and it was easily one of the most special TV moments of the year.

However, the actual reunion itself almost happened in a car park because the actors’ trailers were all lined up side by side to the serious dismay of producer Ben Winston.

‘I was so upset. The point of the show is they haven’t seen each other. But it was too late to move them,’ he told the Sunday Times.

‘We built tents around each of their doorways. And I texted the six of them and said, “Look, I know you want to see each other but I’m begging you: please stay in your own dressing room until you’re called to the stage.

‘I really want to catch that moment.”’

Thankfully, all six stars agreed to keep well away from each other, despite being desperate to hug and wipe each other’s tears.

‘They mocked me for wanting that moment,’ Ben continued. ‘But they did do what I asked. And you do get the feeling that they haven’t seen each other for ages. And it’s a really beautiful moment.

‘I’ve never seen a bond like these six have.’

Fans are still coming down from the high that was the Friends Reunion, as are its stars who keep sharing behind-the-scenes snaps from the day.

After blindsiding us all with the confession they had a huge crush on each other in real life, Ross Geller star David shared a snap with Rachel Green actress Jen cuddling with the caption: ‘Last hug of the night.’

Friends: The Reunion is available to stream on NOW.

For more stories like this, check our entertainment page.

Follow Metro.co.uk Entertainment on Twitter and Facebook for the latest celeb and entertainment updates. You can now also get Metro.co.uk articles sent straight to your device. Sign up for our daily push alerts here.