The new Hulu movie is the rare Hollywood production that portrays the struggles to conceive as women actually experience them. 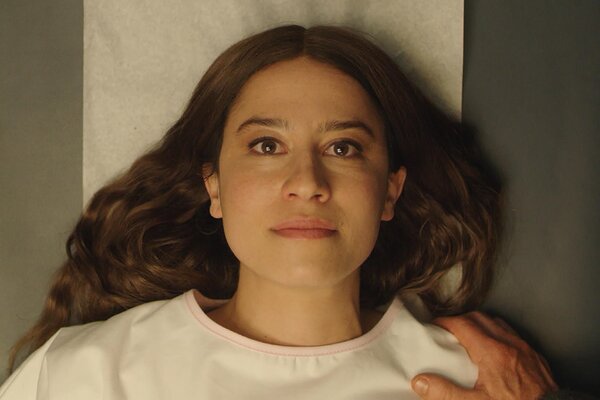 As millions of women know, fertility treatments can be a nightmare. The painful, sterile procedures, the loss of control over your own body, the never-ending blood tests and experiments and strange medications that take over your refrigerator shelves and your life.

If so many women have endured this terror in real life, do we really need an exaggerated Hollywood version of our experiences? After seeing the new Hulu movie “False Positive” and other recent screen depictions, I would say, it depends who’s watching.

Like so many others, I did not experience the “Knocked Up” version of pregnancy in real life. It took a lot more than one night of drunk sex with Seth Rogen to do the job. Instead of being rom-com cute, my story of becoming a parent was heartbreaking, tedious and dominated by scenes of exhausted women packed into the fertility-clinic waiting room. That might not sound cinematic, but when you’re going through it, the inner turmoil can feel as dramatic and dire as any war story. And audiences love a good war story, right? So why not ours?

Watching “False Positive” and the stunning in vitro fertilization episode of Netflix’s “Master of None,” I saw my story, the story of so many others, turned into the main event instead of a subplot or a character’s back story. Surrogacy and adoption and miscarriage and in vitro fertilization have been portrayed onscreen before, from “Friends” and “Sex and the City” to “Fuller House” and Princess Carolyn’s fertility struggles on “BoJack Horseman.” But even if those shows handled the topic with sensitivity and honesty, the stories were still treated as secondary plots.

I felt for Charlotte as she tried to get pregnant on “Sex and the City,” but the day-to-day ugliness that infertility can bring was glossed over. To be fair, the show had other stories to tell. Still, Charlotte didn’t need to stress about the mind-boggling price of I.V.F. medications or the cost of adoption.

I hadn’t seen the raw truth about infertility onscreen until I watched Tamara Jenkins’s “Private Life” (2018), which focused entirely on the “by any means necessary” fertility quest of a New York couple in their 40s, played by Kathryn Hahn and Paul Giamatti. They tried (and failed) to appear calm in the fertility clinic waiting room. He gave her hormone shots. They fought and they made up. The scenes unfolded as in real life.

There was no cutting away to see what Samantha or Carrie or Miranda were up to in an effort to avoid becoming too heavy. In “Private Life,” the story felt familiar — raw, sad, funny and, yes, dramatic. 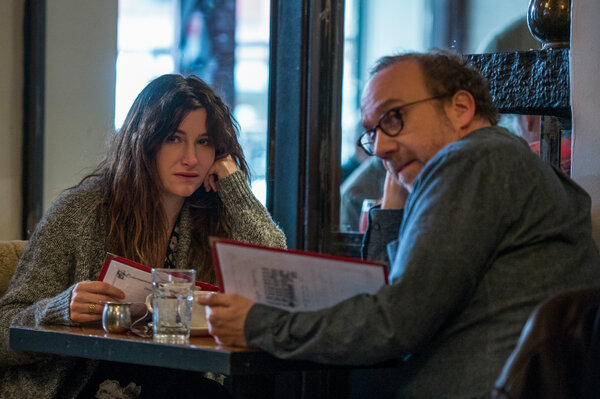 Fertility treatments and pregnancy can be terrifying, and “False Positive” takes that fact and runs with it, pushing this narrative into “American Psycho” territory. It opens with a shot of a woman in a crisp white button-down, covered in blood, trudging ominously down the street. Directed by John Lee and co-written by Lee and the film’s star, Ilana Glazer, “False Positive” opts for over-the-top horror and social satire instead of the quietly funny, everyday moments of “Private Life.” But the filmmakers aren’t exploiting a painful experience for the sake of some scares. They’re taking that painful experience, one that is so visceral for so many women, and allowing us to laugh, even as we cringe.

Glazer, with her signature wild curls ironed straight, plays Lucy, a “marketing genius” married to a Peloton-loving surgeon named Adrian (Justin Theroux). Without an ounce of irony, Lucy says things like: “Am I going to be one of those women who has it all? My career, my kids, my old man by my side?”

In other words, she’s the kind of woman Glazer’s “Broad City” character might literally slap into shape if they ran into each other on a Brooklyn street.