“His music will keep playing in our memories,” Banderas says 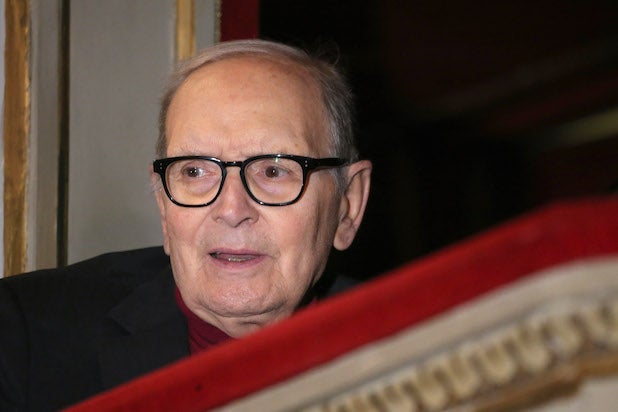 Hollywood’s directors, musicians and composers are bowing to the legendary film composer Ennio Morricone, who died Monday at age 91.

Filmmakers like Edgar Wright, Asif Kapadia and John Carpenter lined up to applaud Morricone’s musical work in countless spaghetti Westerns, including most notably films like “The Good, The Bad and the Ugly,” “The Untouchables,” “Cinema Paradiso” and many more.

“He could make an average movie into a must see, a good movie into art, and a great movie into legend. He hasn’t been off my stereo my entire life. What a legacy of work he leaves behind,” “Baby Driver” director Wright said in a tweet along with a thread of some of Morricone’s iconic scores.

“With great sadness, we say goodbye to a big master of cinema. His music will keep playing in our memories. Rest in peace,” actor Antonio Banderas said in a tweet.

“A friend and collaborator, his talent was inestimable. I will miss him,” “Halloween” director John Carpenter, himself a composer and musician, said of the Italian composer. Morricone also composed the music for Carpenter’s “The Thing.”

Though he’s perhaps best known for his sweeping, epic arrangements on Sergio Leone Westerns from the ’60s like “The Good, The Bad and the Ugly” or “Once Upon a Time in the West,” Morricone finally won his Oscar for Quentin Tarantino’s “The Hateful Eight,” his first win after five nominations and an honorary award, including for films like “Days of Heaven,” “The Mission” and “Bugsy.”

Morricone has over 500 credits in his long career that dates back to 1960, eventually managing to compose music for as many as 20 films in a single year. The Italian composer was born in Rome and was an icon of Italian cinema and culture.

“We will always remember, with infinite gratitude, the artistic genius of Maestro Ennio Morricone,” Italian Prime Minister Giuseppe Conte tweeted. “It made us dream, move, reflect, writing memorable notes that will remain unforgettable in the history of music and cinema.”

See some other tributes to Morricone below: