Emmerdale resident Brenda Walker (played by Lesley Dunlop) was left heartbroken after realising the damage her carelessness had caused. Yesterday’s instalment saw her try and make amends with Dan (Liam Fox) and his family, to no avail. However, could she be forced to leave the village after her unforgivable mistake?

Brenda is well-known as the ITV soap’s resident busy body and loves to keep an ear out on the village gossip whilst running her popular cafe.

However, she was left in turmoil after a seemingly innocent transaction at her work put another Dales resident in serious danger.

Brenda felt compelled to switch-up her menu at the cafe after learning Kim Tate’s (Claire King) new outdoor pursuits centre would also have a food outlet.

However, her plan backfired when Dan popped into Brenda’s café to buy a wrap from his friend earlier this week, whilst enjoying some time with new love-interest Mandy Dingle (Lisa Riley). 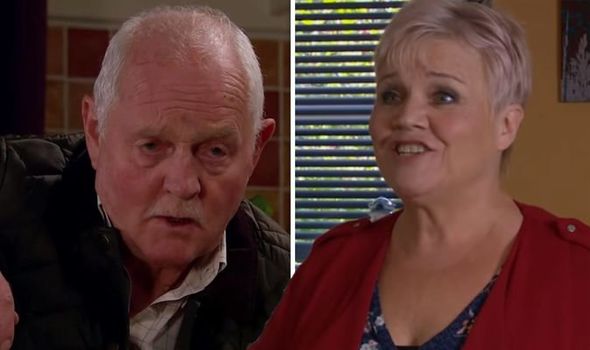 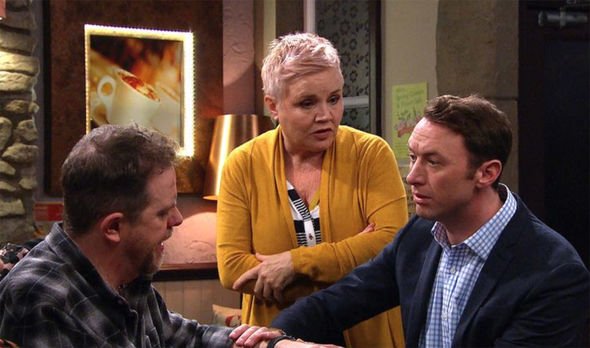 Dan was left fighting for his life after he ended up suffering an allergic reaction whilst eating his lunch with Mandy.

Dr Liam Cavanagh (Johnny McPherson) happened to be close by and was able to work out what had happened with Dan soon taken off to hospital.

With Dan’s loved ones desperately trying to work out what had caused the reaction, Brenda was quick to place the blame on Wendy Posner (Susan Cookson) who had given Dan some paracetamol tablets earlier on.

However, one resident realised it could have been Brenda who was responsible and worked out she was lying about the circumstances surrounding Dan’s life-threatening injury. 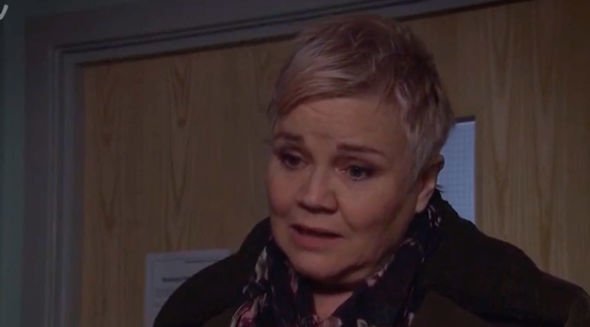 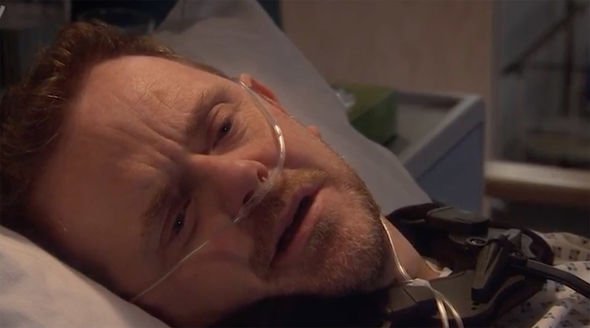 Brenda was confronted by Eric Pollard (Chris Chittell) who tried to get to the bottom of Brenda’s responsibility in the tragic accident.

He asked the café owner: “Did he make you aware of his allergy?” to which she reluctantly replied “yes”.

As he probed her further asking whether the ingredients contained nuts, she noted: “Not in my ingredients.”

Brenda explained: “I brought the dressing in my supermarket, it wasn’t until afterwards I realised it had almond milk in it.”

Eric was understandably angered, replying: “You should’ve checked, we are talking life or death here. People like Jacob and Dan, they need to know what’s in their food.

“The ingredients should be listed on the packages! These laws are in place for a reason,” he reminded her.

Eric urged Brenda to go and apologise to Dan where she was met by his nearest and dearest, who were quick to blast her for her actions, with Dan telling Brenda he never wanted to see her again.

However, it’s hinted it’s only the start of the journey for Brenda and she could end up getting into serious trouble.

Some fans predict Brenda will either be pushed out the village, or be forced to stand up in court – could this lead to her exit?

One asked: “Okay, is this going to lead to Brenda being bullied and shunned by the whole village? @emmerdale #emmerdale.”

Another argued: “Brenda should lose everything !! Dan may never walk again hasn’t he and Amelia had enough tragedy !!  #Emmerdale @Liamfoxactor.”

A third added: “I hope this storyline ends in Brenda packing her bags can’t cope with her #emmerdale.”

It could be possible Brenda’s business could be shut down for good if she accepts responsibility for Dan’s injuries, or she may suffer a blow to her business if the news spreads across the village.

With Brenda surely having to face the consequences of her actions, will she end up in trouble with the law too?

Emmerdale continues on Monday at 7pm on ITV