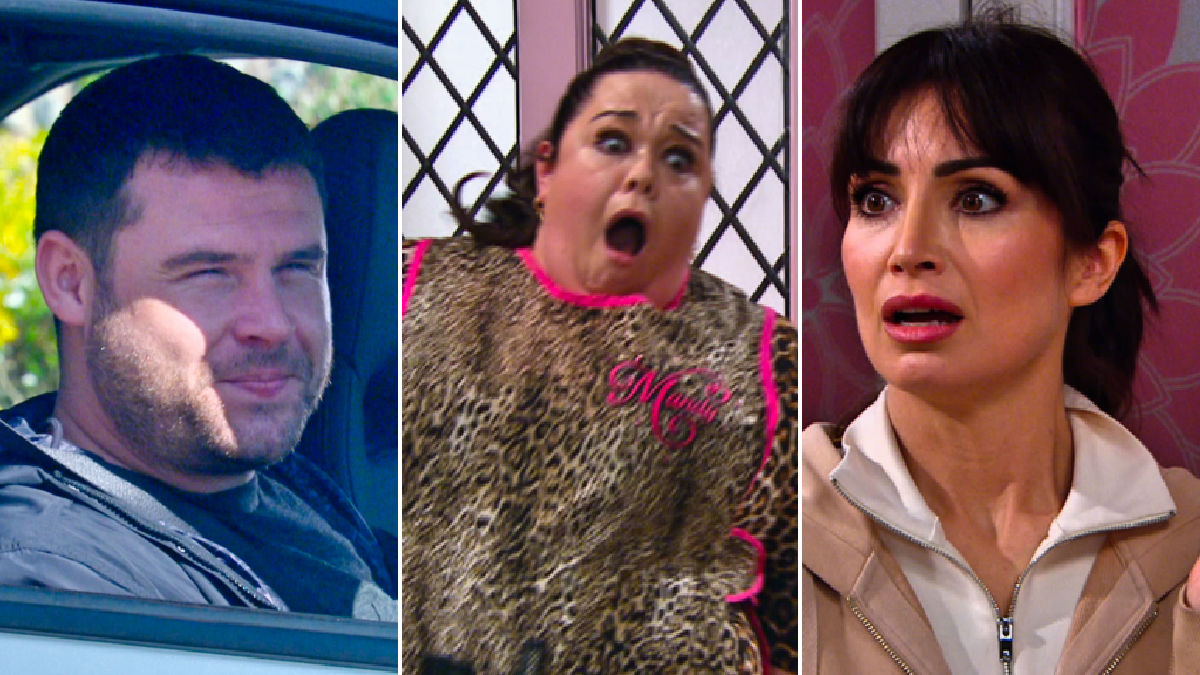 Emmerdale is approaching yet another intense week of drama.

The ITV soap is hot off a huge week, which saw villainous Meena Jutla’s (Paige Sandhu) true nature revealed, as she attempted to kill Princess the dog in order to split Andrea Tate (Anna Nightingale) and Charles Anderson (Kevin Mathurin).

And not only that, but viewers were left wondering if she perhaps had something to do with the death of her mate Nadine Butler!

This week, Emmerdale’s regular broadcast pattern is altered somewhat due to Euro 2021 kicking off, but make no mistake, the soap is as thrilling as ever.

Oh yes, its a week not to be missed, that’s for sure, and we’ve got you a first-look at what’s coming up, with two thrilling clips, which preview the drama to come.

Sorry, this video isn’t available yet.

Aaron, having learned where Liv is, sets off to locate her. Chas isn’t pleased that he’s planning on going on his own, but with Vinny not being overly keen on making the trip, he’s got little choice.

That is, until Ben comes along! Having got word that Liv has been found, Ben wants all the gossip about the young girl’s whereabouts, but when he learns Aaron’s going on his own, he offers to go with him, much to Chas’ delight.

Sorry, this video isn’t available yet.

Leyla is worried that her wedding day won’t go to plan, what with Bernice hellbent on causing chaos.

She reminisces about the time Bernice gatecrashed Andy’s wedding in a white dress, and explains how she fears she will do the same again.

Bernice, however, proves to be the least of Leyla’s worries, as Mandy reveals she can no longer do her hair ahead of the ceremony, as she’s come down with a bad case of food poisoning due to a bad takeaway.

So much so, in fact, that the toilet is blocked!

Emmerdale airs these scenes w/c Monday 14 June on ITV. Alternatively, these episodes will be available to view as a boxset on ITV Hub, due to schedule disruptions during Euro 2021.