Karen Taylor (played by Lorraine Stanley) stunned her family when she announced she was considering a move away from EastEnders. Chantelle Atkins (Jessica Plummer) was particularly saddened by the news as she continues to try and hide the truth about her marriage. However, when her mum decides it’s time to go, will the hairdresser become even more dependent on her violent husband?

Karen was shocked but grateful when Sharon Mitchell (Letitia Dean) admitted she could no longer look after baby Kayden and wanted his grandmother to care for him.

However, the laundrette manager assumed Kayden’s mum would change her mind and wasn’t prepared for the ultimatum Ian Beale (Adam Woodyatt) delivered.

He explained the current situation wasn’t working for Sharon and she needed a more permanent arrangement.

The businessman offered Karen financial support but only if she would agree to leave Walford with Kayden. 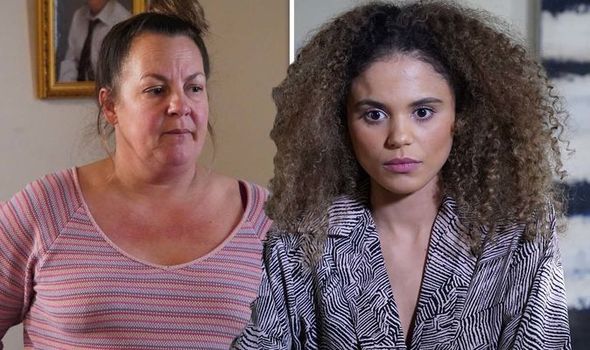 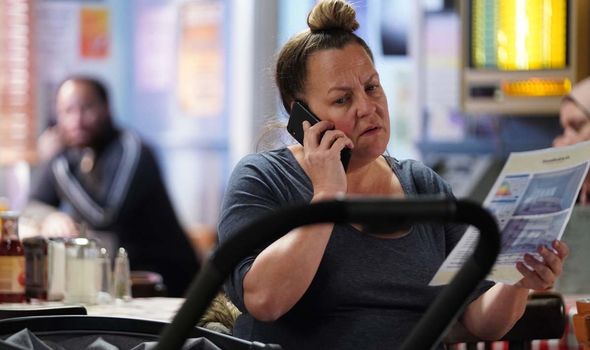 The Taylor matriarch has all of her children living with her in Walford except Keanu Taylor (Danny Walters) and so the decision is not an easy one for her to make.

Initially Karen refused Ian’s offer but then decided to talk things through with her family.

Gray Atkins (Toby-Alexander Smith) questioned: “Has he offered you some sort of legal agreement, I’m no expert but this is a potential minefield particularly if there’s a financial transaction.” 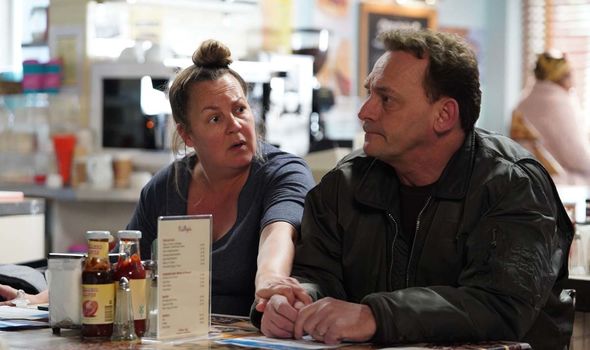 He remarked: “Mum, come on the bottom line is Ian Beale its trying to blackmail you. Sharon ain’t your problem, ain’t we all paid enough for Keanu’s mistakes? We don’t need Beale’s money.”

“Listen even if he calls social services it doesn’t mean they’ll take Kayden away,” he added.

“But should we take the risk? Kayden ain’t a mistake, he’s a little boy Keegan,” Karen explained.

In upcoming scenes, Karen will set a plan in motion to take baby Kayen and herself away from Albert Square.

Billy Mitchell (Perry Fenwick) is upset when she mentions how sure she is about leaving her home.

Mitch Baker (Roger Griffiths) offers to move away with her alongside his daughter Bailey Baker (Kara-Leah Fernandes).

However, her happiness is short-lived when Mitch drops a shocking bombshell, could he be raising his suspicions with Karen over Gray?

Mitch has made his distrust of Gray clear and viewers know he has every right to dislike his son-in-law.

Chantelle has managed to keep her husband’s violent temper hidden from her family but she’ll be devastated when her parents abandon her for a new life.

How will Chantelle cope alone on the Square, will she find the courage to leave Gray?

EastEnders continues Monday on BBC One at 8pm.