Steve McDonald (played by Simon Gregson) was horrified when his son, Oliver, suffered a seizure while in his care on Coronation Street. Leanne Battersby (Jane Danson) lashed out at the father of her child but the parents were both relieved when the doctors assured them Oliver was healthy. However, following a second seizure, the parents will be told their son needs to undergo some tests and Leanne may decide her turbulent relationship with Steve isn’t good for Oliver.

Leanne and Steve conceived Oliver during a one-night stand but they maturely decided they would remain friends and co-parent their son.

In recent scenes, the parents have grown increasingly worried about their little boy after a seizure proved to be more than a one-off incident.

Leanne was horrified to find her son having a second seizure in bed and called an ambulance immediately.

In a spoiler clip for Wednesday’s episode, Leanne and Steve are told by a doctor their son needs to undergo some more tests to find out if he has an underlying condition. 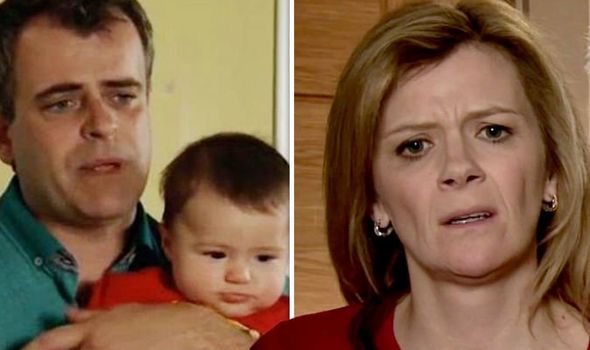 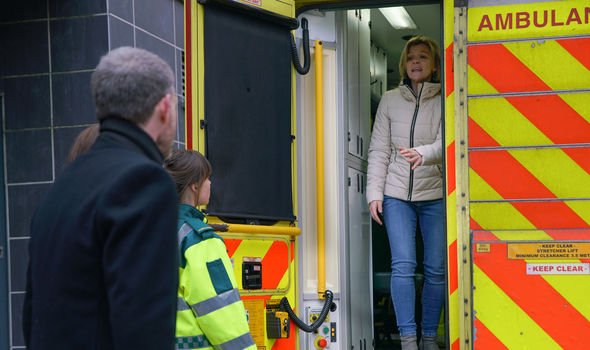 Discussing her son’s health, Leanne says: “Well apart from before, he’s always been a happy, healthy little boy until today.”

“No other symptoms?” the doctor asks and Steve replies: “Well, the nursery said he might be a bit delayed.”

But the concerned mother hits out at Steve and asks: “What are you mentioning that for?”

“It might be of some use, we’re just clutching at straws here,” Steve explains. 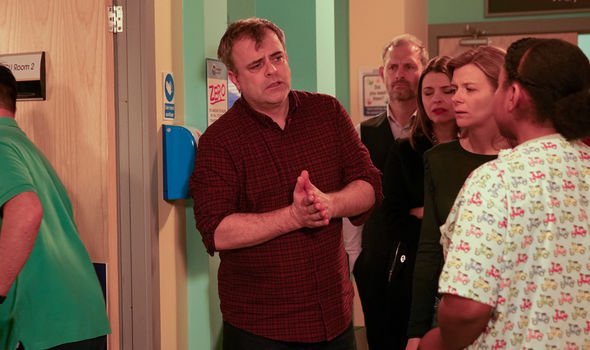 When asked when the seizures started, Leanne says: “I went to check on him, he was asleep in his room and he was shaking.”

“His whole body?” the doctor questions but Leanne adds: “No, it was an arm and a leg, to begin with.”

“Are you sure about that?” the doctor questions before Steve asks: “Why? Is that significant?”

“It could be,” she replies. “I’m going to need to do some blood tests and an EEG.”

Concerned about her son, Leanne asks: “What are they for?”

“As you say this is the second time this has happened, I just want to find out if there’s an underlying cause,” the doctor explains.

“Like what?” Leanne asks but the doctor replies: “It’s too early to say.”

Aggie Bailey (Lorna Laidlaw) adds: “Look, try not to worry yourself too much at this stage, we’re just trying to be thorough. I’ll go sort out the EEG and blood tests.”

Leanne was livid when she discovered Steve wasn’t with Oliver at the time of his collapse and the pair have continued to lock horns ever since.

This latest clip shows the pair clashing once again and the concerned mother may decide it would be best for Oliver if she had sole parental responsibility for him.

Steve would be devastated if Leanne took Oliver away from him especially as they wait for a diagnosis to explain their son’s seizures.

Will Leanne and Steve be able to put their differences aside and come together for their son?