Ken (played by William Roache) has been a pinnacle figure of Coronation Street since the show began airing six decades ago and has always resided at his beloved No.1. Recent months have seen him up sticks and join partner Claudia Colby (Rula Lenska) at the Stillwaters retirement complex, only for the pair to split during last week’s episodes of the ITV soap when he decided the cobbles was where he belonged. However, with daughter Tracy Barlow (Kate Ford) now the lady of the manor, could a discovery about the property in the latest instalment of the Weatherfield-based drama reveal the stalwart could have no home at all?

After it was revealed in the soap’s 10,000th episode Ken was moving on, his children Tracy and Peter Barlow (Chris Gascoyne) began bidding on who would claim their childhood home as their own.

It was eventually the former and her husband Steve McDonald (Simon Gregson) who got their hands on No.1, moving in with daughter Amy Barlow (Elle Mulvaney) when the stalwart began living at Stillwaters.

Following his split from Claudia, however, the Weatherfield icon returned to what is his daughter’s home last week and it already seemed he was a stranger in what was once his house.

As he tried to settle back into a routine this evening, having been demoted to somewhat of a guest, a dispute about who the owner of the property is could lead the soap legend to end up on the streets. 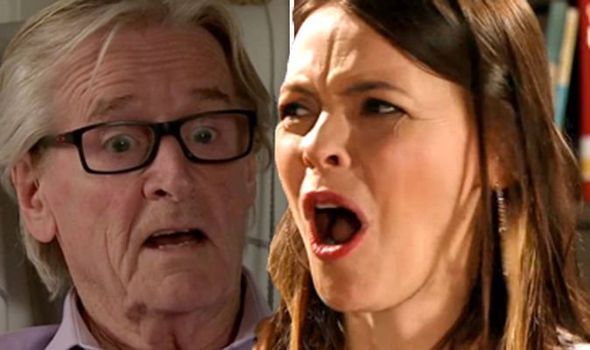 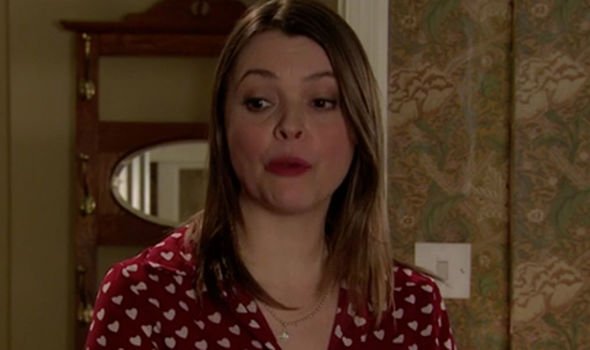 At the beginning of the episode, it was revealed there was a problem with the boiler as Amy had a cold shower and didn’t hold back in letting her mother and grandfather know how she felt about the issue.

Tracy then called on a plumber to come and have a look, who explained there was something wrong and it would cost a fair bit to fix.

After sending the maintenance man away, the florist voiced her anguish to her father, telling him: “Did you hear how much it’s all going to cost? The best part of two and a half grand.”

Ken replied: “Well, I’m sorry to hear it’s going to cost so much, but don’t expect me to put my hand in my pocket.” 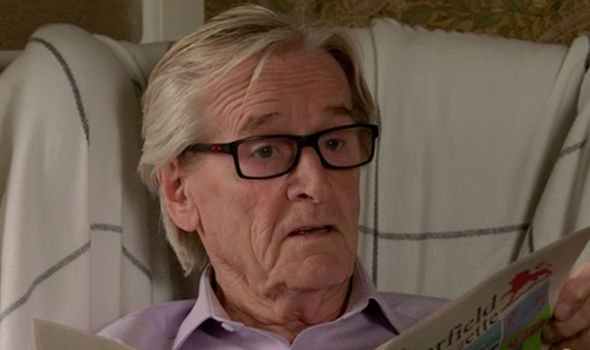 Made it clear the house belongs to you

“Oh, I wouldn’t dare, dad,” Tracy hit back, adding: “I’d be too scared a load of moths would fly out.

“But it is your responsibility,” she told her father, to which he asked: “Oh yeah, how do you work that out?”

“Well, you’re the one who keeps banging on about how the house is still yours,” his daughter explained.

“You made it perfectly clear that the house very much belongs to you and to you alone, so actually Tracy, over to you,” the stalwart remarked, pushing the responsibility back onto her shoulders.

Adding his pennies worth in, Peter said: “He’s right, you did say that,” to which Tracy’s reply wasn’t too pleasant given her brother was defending their father.

With it looking ever more likely the florist will have to foot the bill for the boiler repairs, she could take action against Ken’s reluctance to help.

Given she believes she is the owner of No.1 Coronation Street, the manipulating character could decide she no longer wants Ken living under her roof.

If his daughter really does throw him out for failing to pay up, will the stalwart end up homeless as he has nowhere else to go?

Could this have been the big storyline Executive Producer Iain MacLeod was hinting at when he said a “horrifically difficult” sequence of events would bestow upon the Barlow household?

Speaking with Metro.co.uk, the soap boss said: “Having re-established Steve and Tracy’s relationship on its strongest footing, something will happen that probably has the most far-reaching impact of any story we’ve done since I’ve been on the show.”

With nowhere to live, will the soap stalwart end up going missing and leave his family and his neighbours in turmoil over his wellbeing?

Or will the pensioner fight back and reclaim No.1 as his own, forcing Tracy to move back to her old flat with Steve and Amy?