Claudia (played by Rula Lenska) was overjoyed when Ken (William Roache) agreed to leave Coronation Street and move into the Still Waters retirement complex with her earlier this month. The hair salon owner thought the residence was heaven on earth, but her partner was unconvinced everything was at it seemed. Tonight’s instalment of the ITV soap saw her learn the truth about the secret criminal empire running throughout the home. With one man in charge of it all and pulling the wool over his fellow pensioner’s eyes, will she decide to take action and get rid of him once and for all?

When she and Ken first moved into Still Waters, it seemed Claudia held a soft spot for chairman Charles Moore (Michael Elwyn) as he won her over hopes of the finer things in life.

The tycoon’s partner began to question the villain when friend Norris Cole (Malcolm Hebden) began to voice his disapproval of how the management was running the place.

Shutting down the woes at every opportunity, the hair salon owner couldn’t defend the ruthless pensioner after she learnt the truth about his dodgy schemes this evening.

As all three former Weatherfield residents sat and discussed the fraudulent scams which they were victim to, it seemed they were plotting revenge, but could this involve murder and a cover-up? 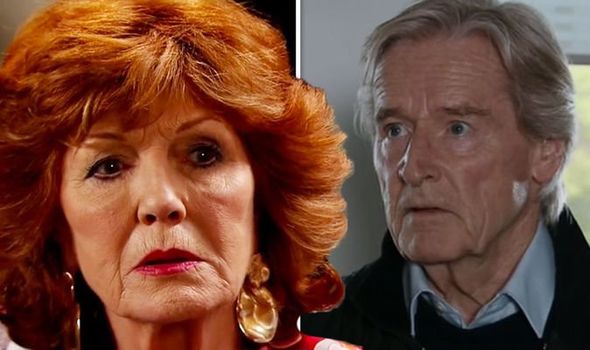 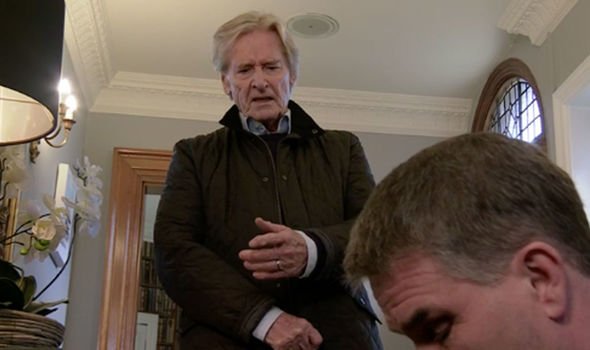 After secretly letting his beloved pet dog Eccles spend a night at the complex last week, Ken thought he’d got away with his furry visitor going unnoticed.

However, villain Charles was one step ahead of the game and claimed the canine had made a mess only professional cleaners could deal with.

Tonight’s episode saw the pensioner learn he’d paid a substantial amount of money for the Still Waters cleaning team to manage the damage.

Voicing his woes to Norris and Claudia, the soap stalwart put two-and-two together and discover he’d been scammed. 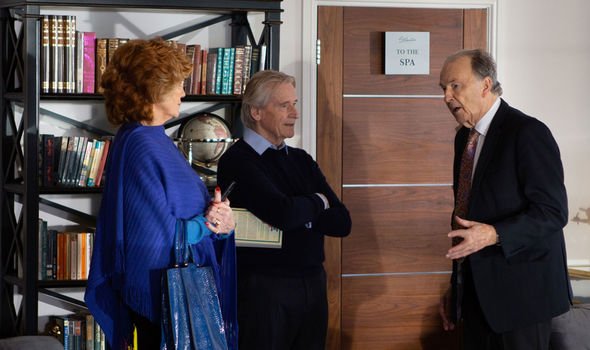 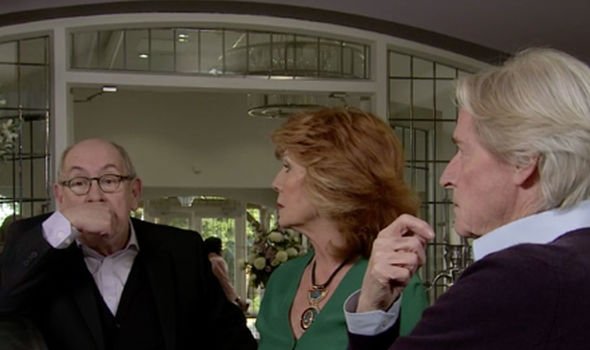 “I can’t say I’m surprised,” Norris said, to which Ken asked: “There must be rules, surely?” as his partner sat in-between them.

The no-nonsense gossip continued: “There are but nobody seems to know what they are and I think he makes it up as he goes along, like these fines.

“Freda and I can’t fathom it,” the former newsagent declared, to which the soap stalwart enquired: “Where do these fines go?”

“Well, in theory, into a maintenance fund but nobody’s seen much evidence of it,” the returning character commented.

“We still get billed for jobs that need doing and fines and this service charge keeps going up,” Norris added, to which Claudia replied: “That’s outrageous.”

With the tycoon seething with rage, her partner surmised: “He’s probably spending it all on himself.”

The former newsagent told his fellow Still Waters resident: “Difficult to prove through. He operates under this cloak of secrecy and everybody’s terrified of him.”

Not one to be duped, will the hairdresser decide the only way she will get justice for her other half is if Charles was no longer in the picture?

Viewers don’t know much about Claudia’s past, only she seemed to have a rivalry with Audrey Roberts (Sue Nichols) when she turned up on the cobbles in 2009.

Although they are friends now, the tycoon would stop at nothing to ensure her competition was out of her remit.

Knowing Charles’ ways are a lot criminal, could fans discover she has a violent streak and see her kill the villain

Furthermore, will Norris and Ken help her to cover-up the murder to make sure no one knows the truth about the villain’s demise?