Todd Grimshaw (played by Gareth Pierce) has recently returned to Coronation Street, much to the dismay of his long-suffering mother, Eileen Grimshaw (Sue Cleaver) as he’s brought trouble to her front door. However, she’s probably not the only person who will be perturbed to see the scheming character back in Weatherfield as his former lover Billy Mayhew (Daniel Brocklebank) will come face-to-face with the man who walked out on him in upcoming scenes on the ITV soap. The vicar is now in a relationship with Paul Foreman (Peter Ash) but as old feelings for his ex-boyfriend resurface, will he suggest the trio agree to a polyamorous relationship?

The drama kicks off next week when Mary Taylor (Patti Clare) believes a spirit could be stuck in the house and is concerned by noises coming from the loft of No.11.

Unbeknownst to her, Todd is actually hiding in there as he continues to avoid a gangster he has got the wrong side of.

Wanting to sort out the situation, Eileen’s lodger calls on Billy to perform an exorcism to help the ghost cross over to the spirit world.

When the mediation gets tenser, the troublemaker makes his way down the stairs and shocks his former lover who had been concerned he was dead.

Furious with his ex-boyfriend, the vicar flies off the handle and it’s not long before their argument sprawls onto the cobbles. 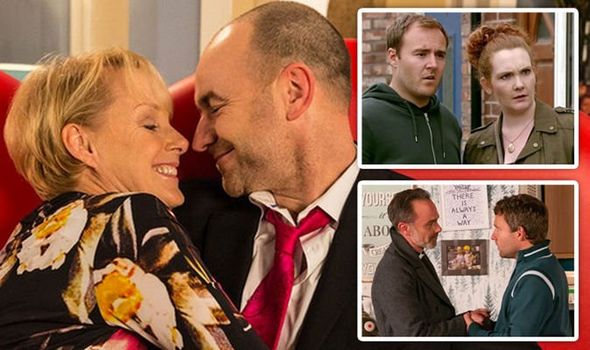 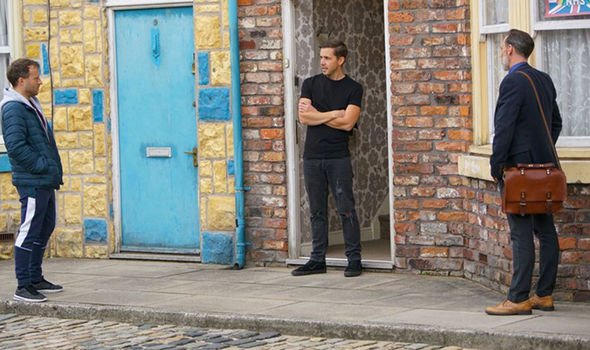 It’s not long before Paul sees his boyfriend arguing with the troublemaker and finally gets to meet the other man in the vicar’s life.

Taking the opportunity to cause some mischief, Todd stirs the pot and it’s up to Billy to assure his lover he loves him and not his ex, who he says is bad news.

As the week continues, the man of God is offered a new role within the church but begins to get cold feet about accepting the position of the archdeacon.

Concerned the returning Grimshaw son is behind his boyfriend’s decision, the Underworld Factory worker confronts Todd. 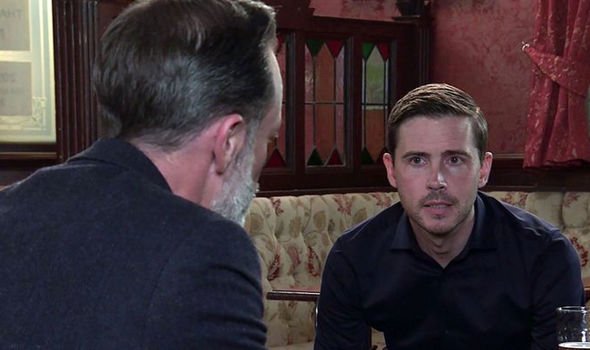 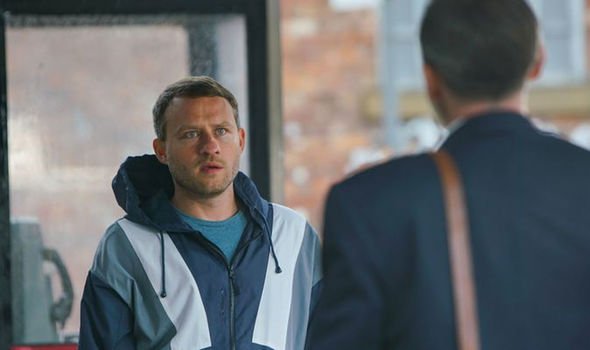 Stepping in, Billy urges his former lover to stop making trouble for him and his boyfriend but the returning character admits he’s still got feelings for the vicar.

Todd reminds the man of God how good they were together and stirs the pot by saying he doesn’t believe the churchgoer really wants to be with Paul.

The Underworld worker’s boyfriend rebukes his ex’s comments but as he walks away, his eyes are filled with tears.

Later on, the troublemaker decides to broker peace as he issues an apology to Paul but can’t help by causing more mischief by explaining the vicar has told him about his past.

A furious Paul then confronts Billy, who assures his boyfriend he didn’t tell Todd about him being sexually abused as a child.

As the pair have another heart-to-heart, the vicar admits the troublemaker was the love of his life but he’s not anymore, but the Underworld worker can’t help but feeling second best.

By the end of the week, the vicar tells his partner he has postponed his interview for a new role within the church.

However, his other half believes this is exactly what his ex wanted and soon tells Billy to ring the archbishop back and tell him he’s on his way.

Billy does eventually go to the interview for the position of archdeacon but the vicar can’t shake off the manipulation Todd has been spiralling.

As the man of God continues to talk about his former lover, Paul points out the returning character is clearly still on his boyfriend’s mind.

It seems a love triangle is forming on the cobbles, though it could be the soap is lining up the three to enter into a polyamorous relationship.