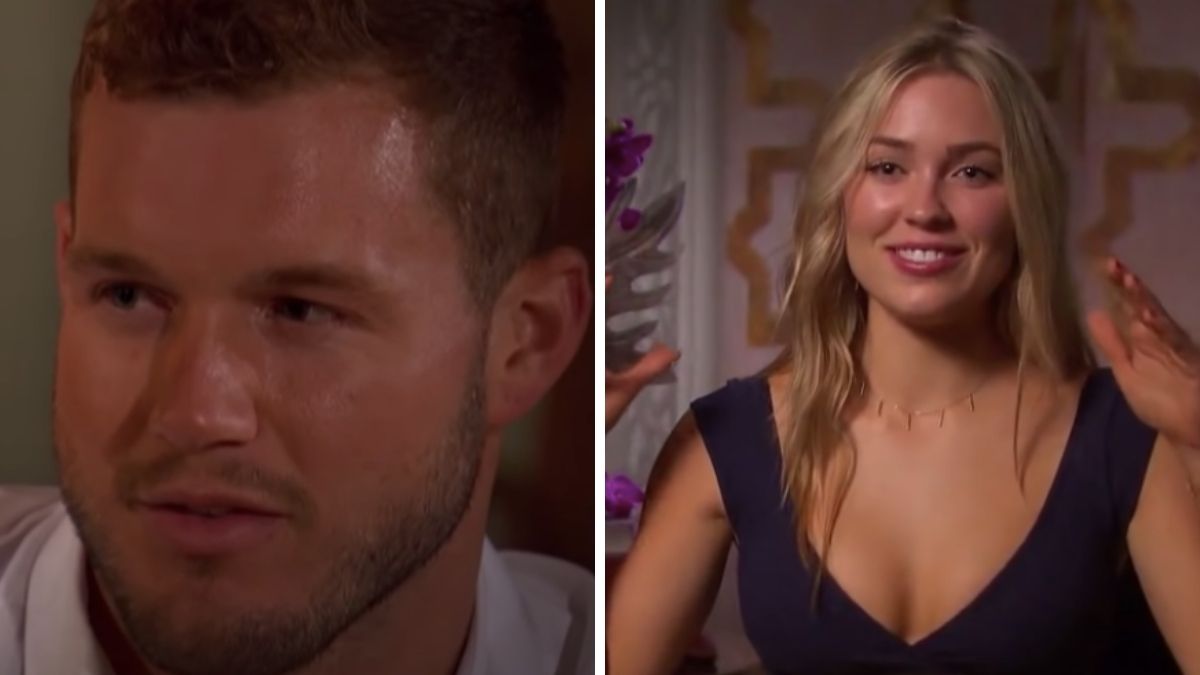 Colton Underwood and Cassie Randolph’s relationship has taken a turn for the worse.

The former Bachelor lovers have broken up and it appears that Colton has a hard time letting go of Cassie, if the restraining order accusations are true.

The restraining order news surfaced on Friday and more details have surfaced about why Cassie wanted it over past few days.

Now, we are learning that Colton had been sending text messages to Cassie.

When the news first broke about the text messages, we didn’t know what they said.

Reality Steve explained on his social media that he had read some of the accusations against Colton and called it, “completely out of line and uncalled for. Scary stuff.”

Cassie claims that Colton did admit that he had put a tracking device on her car and had been sending text messages to her friends. 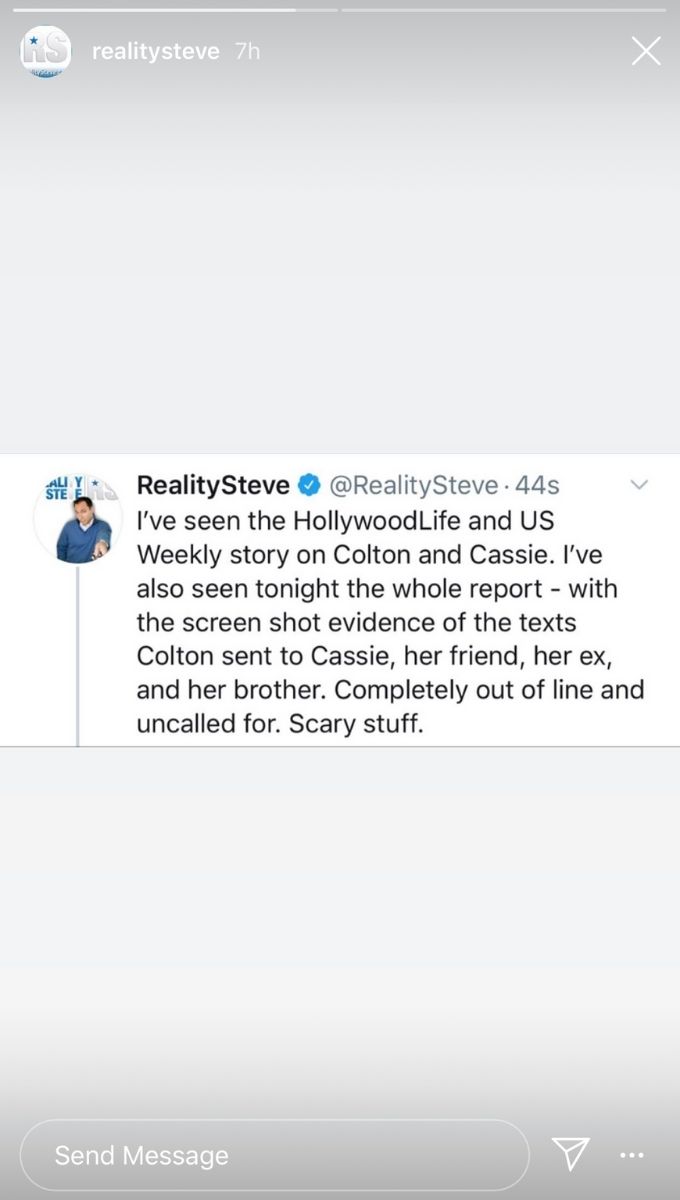 Cassie felt she needed a restraining order four months after their split, as she argued that Colton had “sent her unsettling text messages, repeatedly called her, and placed a tracking device on her vehicle.”

The text messages he sent to her at all hours of the day included one, where he called her “a selfish person who isn’t ready to be loved” and was “shady.” He later apologized, telling Randolph he was “lost.”

“It’s crazy to think we used to be in a position of love,” he texted her one time, adding, “I ask myself all the time how someone who I loved and loved me could do the things they do and say the things they do.”

He also sent lengthy messages, telling Cassie that he had a million questions but he wasn’t necessarily ready to deal with the answers. He wrote to her that his heart hurts, he missed his best friend and lover.

US Weekly reported that they had seen the court documents. Here, they reveal that a judge has granted Cassie the restraining order, saying that Colton needs to stay 100 yards away from her, her home, her car, and her workplace at all times.

The court documents also state that Colton is not to have any “contact, either directly or indirectly, in any way”, including text messages.

The next court date is October 6 and they are both expected to appear.

Colton Underwood hasn’t said anything about the restraining order

When the two first announced that they had split, they showed respect and love for one another. When Cassie did an interview with Chris Harrison for The Bachelor: The Greatest Seasons — Ever, Colton was upset with how everything unfolded.

While Chris wanted to hear the details about what had happened, she hesitated to answer the question, revealing that there was much more to the split than his COVID-19 diagnosis and their quarantine.

Cassie hasn’t said much to publicize the split. In addition, Colton claims he was blindsided by the restraining order, according to a source.

In fact, the source claims that he had been in Colorado and had taken a break from everything. For the past month, Colton has stayed away from social media. He was recently hanging out with Bachelorette guys, including Clay Harbour and Blake Horstmann.

The Bachelorette airs Tuesday, October 13 at 8/7c on ABC.

Related posts:
World News:
Disney lays off 28,000 as coronavirus slams its theme-park business
Brit couple murdered after reporting £100,000 loss to fraudsters
University students WILL be able to go home for Xmas — but some must isolate first
Court upholds Wisconsin ballot extension, hands Democrats a win
Recent News:
This website uses cookies to improve your user experience and to provide you with advertisements that are relevant to your interests. By continuing to browse the site you are agreeing to our use of cookies.Ok