IF you can’t stand the heat, you need to get out of this kitchen pretty quickly.

Remarkably all shot in one take and on one location, it is set in a high-end, exclusive restaurant in the trendy area of Dalston, East London.

It begins as floor and kitchen staff are preparing for the busiest night of the year: the Friday before Christmas.

Part-owner and head chef Andy Jones — played by the always superb Stephen Graham — takes a brief but frantic phone call, while walking into the venue.

This opening scene sets the film up nicely to show a highly agitated man who is about to start a night’s work.

There are clearly deep, personal issues going on — Andy is an absent father and money seems to be spiralling away on his culinary ­venture.

However, he doesn’t let this affect him briefing his team — including his down-to-earth and spiky sous chef, Carly (Vinette Robinson).

And he keeps his cool with a pedantic health inspector who is obsessed with sink usage.

While Andy keeps things professional enough, Graham plays him in such a masterful way you can already tell by his twitchy mannerisms and relentless swigging from a water bottle that he’s a man on the edge.

Soon, customers start arriving. They range from excited couples on the brink of a proposal and new-money show-offs to idiotic influencers and, most importantly, much-feared restaurant critic, Sara Southworth (Lourdes Faberes).

Alastair insists on Andy taking a seat with them during the dinner to critique his menu and prod him about when he worked for him.

It is excruciatingly embarrassing for Andy, and so realistic it almost feels intrusive to watch.

As the night progresses, so do Andy’s problems, giving a real “out of the frying pan into the fire” feel.

These culminate with an acceptable amount of high drama hitting the trendy restaurant.

As well as top-notch acting, Boiling Point is technically astounding.

Director and co-writer Philip Barantini, along with cinemato-grapher Matthew Lewis, create a seamless one-shot documentary-style film, so fluid and fast you can practically feel the splashes of hot oil hit your skin.

Boiling Point is both intimate and explosive — and a piece of work that is a wonder to watch.

MUNICH: THE EDGE OF WAR

NEVILLE CHAMBERLAIN has long been maligned for his policy of appeasement before World War Two. But Netflix’s intriguing political thriller aims to counter that damning judgment.

Adapted from a Robert Harris novel, this is the story of estranged uni pals Paul (Jannis Niewohner) and Hugh (George MacKay).

One is German, the other English. Both now work for their countries’ respective governments in 1938.

Aware that the Nazi leader still plans to ignite war by conquest, Paul must re-connect with Hugh and prevent the negotiations from succeeding.

Irons puts in a warm and endearing performance as a man doing what he thinks is best to save young lives, while Matthes’ graduation from playing Goebbels in Downfall to the Fuhrer himself is chilling.

Niewohner, though, is the passionate force that keeps the energy up in what is – at times – a film full of suspense.

However, the script feels a bit like painting by numbers, relying on superfluous plot points – often involving the female characters – to pad out the running time.

Modern technology can be a blessing and a curse and for these badass agents, it’s the latter.

Dubbed “the new drug” by a dodgy Colombian dealer in the opening scene, the film revolves around chasing a computer chip that can blow up planes and destroy nations at the tap of a key. 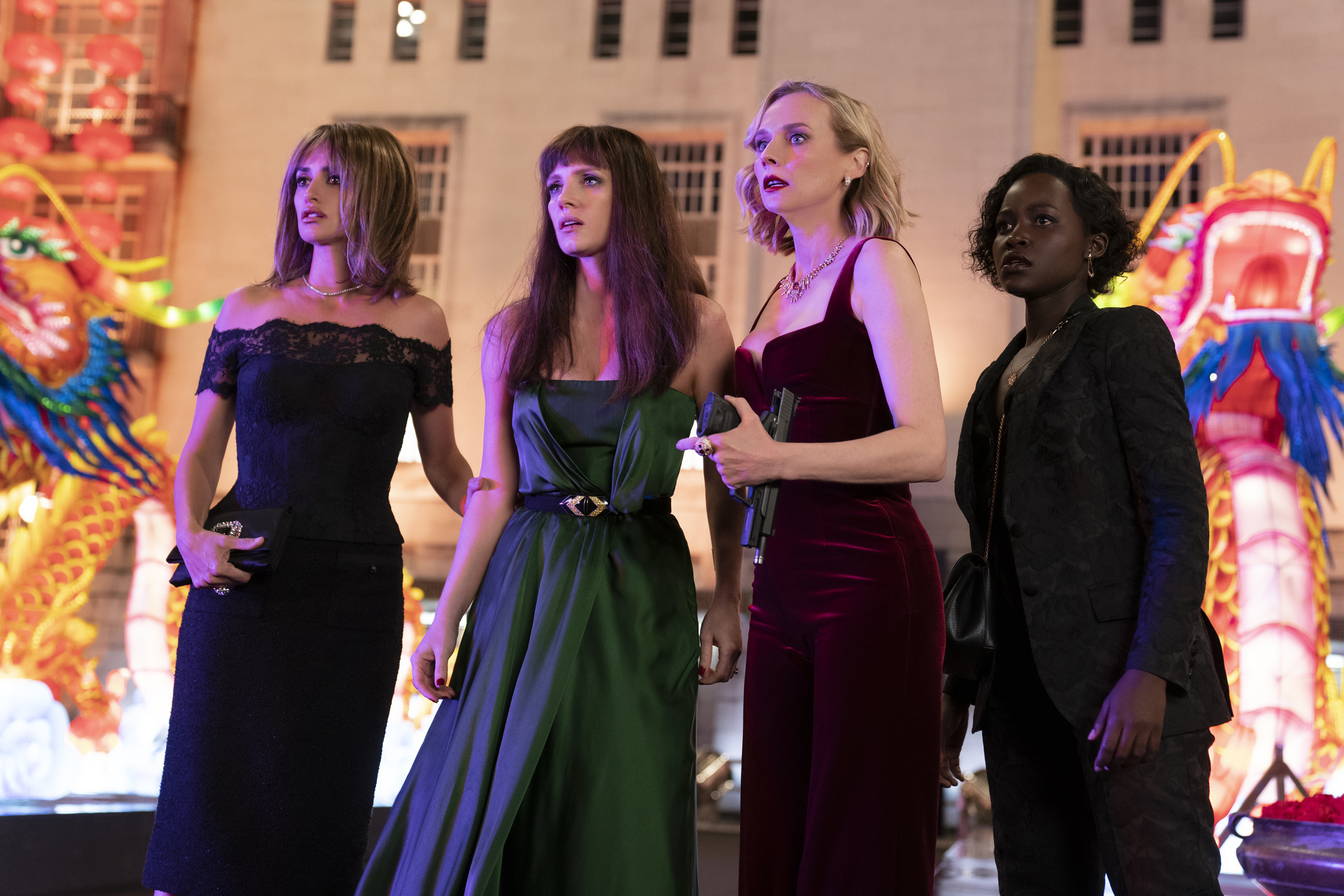 It is the job of an all- female, all-star assembly of agents from across the globe to stop it getting into the wrong hands. Of which there appear to be hundreds.

After a bumpy start the film settles into a fast and feisty pace with incredible stunts and fight sequences.

Kruger’s performance is standout, with Cruz providing some laugh-out-loud moments as the terrified tagalong.

While The 355 is silly, it’s not stupid. There are moments that get the adrenaline pumping and a couple of crafty twists.

But the cast feels too overblown to really get to know them properly and technology alone isn’t an interesting villain.