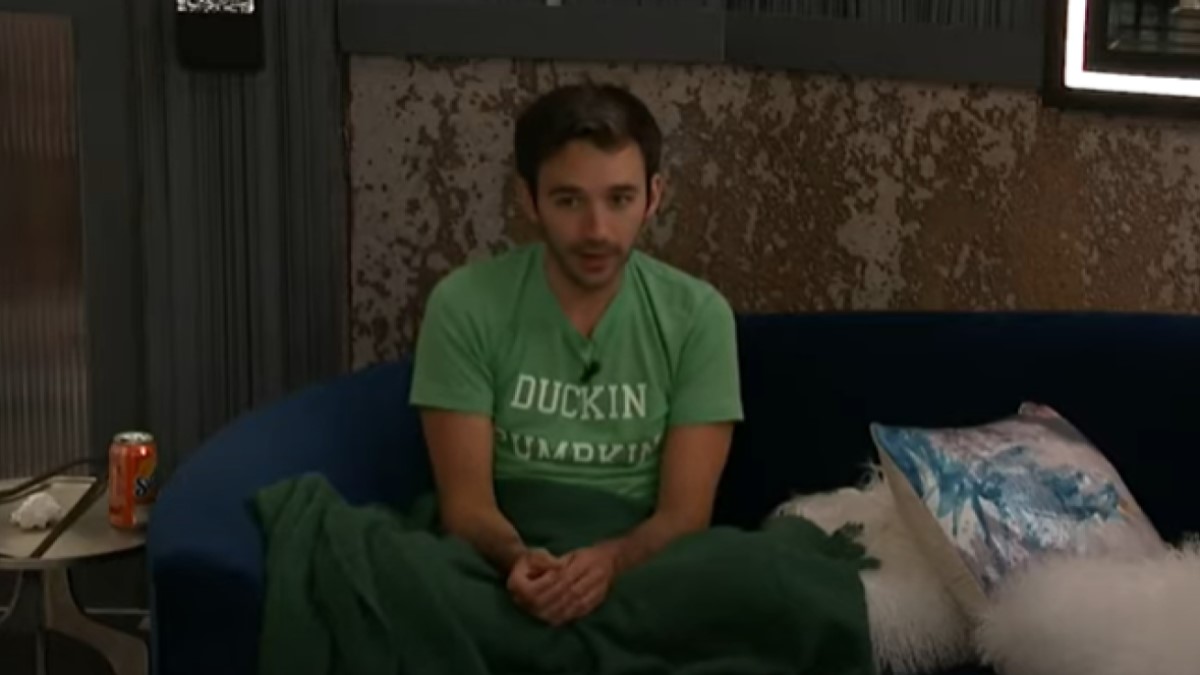 Many Big Brother viewers expressed anger that CBS did not show members of the BB22 cast making fun of Ian Terry and his autism during the latest episode of the show.

For much of the season, members of the cast have been making comments about Ian behind his back. Daniele Donato has frequently insinuated that Ian is faking symptoms or playing up his autism for attention.

It got worse during the last week when groups of houseguests were making fun of Ian in the bedrooms. Thank goodness he wasn’t there to see it, but he will have to learn about it eventually when he watches the season.

Two of those worst instances happened this week.

First, Nicole Franzel, Daniele Donato, Memphis Garrett, and Christmas Abbott were in a bedroom with some of them cracking jokes about Ian and the others laughing about it.

It continued on Wednesday night, with Nicole, Dani, Memphis, and Cody Calafiore making jokes and laughing at Ian’s expense. This was the night after Ian had tried to be there for Cody after he lost his grandfather.

Fans who watched the September 9 and September 10 episodes of the show were a bit shocked that nothing in regard to what some are calling “bullying” was shown or addressed on the show.

Social media saw it, though, leading to Nicole losing several sponsors due to her participation in it all.

Below are a few social media posts from fans wondering why CBS, Big Brother, and Julie Chen Moonves didn’t address the topic yet. 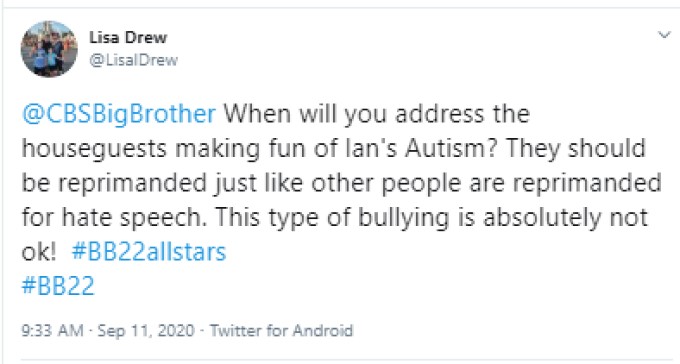 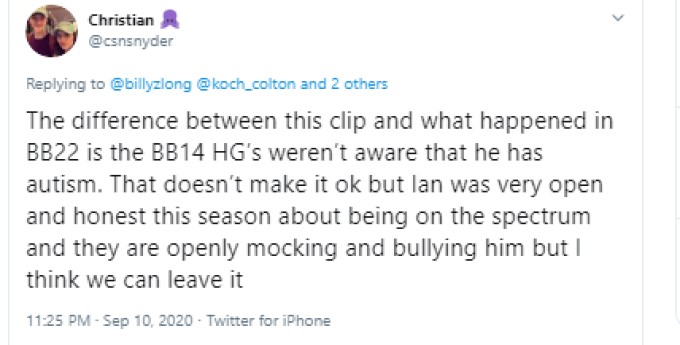 And that’s just some of the responses. Many other people have posted about the show on Facebook, in the live feeds chats, and on Twitter pages about how the show hasn’t covered any of the stuff being done to Ian behind his back.

There was a lot of ground to cover on both the Wednesday night and Thursday night episodes of the show.

First, the producers had to cover the storyline of Tyler Crispen trying to quit the show multiple times. Then, on Thursday night, the huge fight between Christmas Abbott, Bayleigh Dayton, and Da’Vonne Rogers took center stage.

It’s possible that CBS is waiting to cover the situation with Ian Terry during the next episode. But there is a lot of ground to cover there as well.

The HOH Competition has to be finished and then the Nomination Ceremony has to be shown as well.

Hopefully, between now and that next episode on the CBS schedule, the houseguests stop going after Ian due to his autism. But the show still needs to cover it, as it has been something showing up on the live feeds for weeks.