Since making an astonishing debut with 2015’s riveting hybrid documentary “The Wolfpack,” filmmaker Crystal Moselle has continued to push the envelope with her distinctive style, honing her singular cinematic voice while expanding her artistic palette. Her luminous narrative feature debut, “Skate Kitchen” (2018), represented a confident transition from inventive documentary style into a compelling but loosely constructed narrative. For her evocative portrait of an all-girl skate crew, Moselle cast first-time actors primarily on visual style and charisma, then shaped the story around them. The result was one of the best movies in recent memory to portray contemporary, young, adult women with the style and tenacity they deserve.

While the show is dripping with the visual style that made the film so transporting, it struggles to reach the dramatic heights of its cinematic forebear. “Skate Kitchen” hung its simple narrative on the tried and true coming-of-age story, positioning Camille as a rebellious teen battling a restrictive mother to do the thing she loves most — skate. The other characters were integral to the film’s verve, but Camille’s journey was a vital anchor driving the action in one direction. In “Betty,” Moselle and the writers try to mimic that other shapeshifting HBO half-hour, “High Maintenance.” (There’s even a blink-and-you’ll-miss-it guest appearance from creator and star Ben Sinclair.) 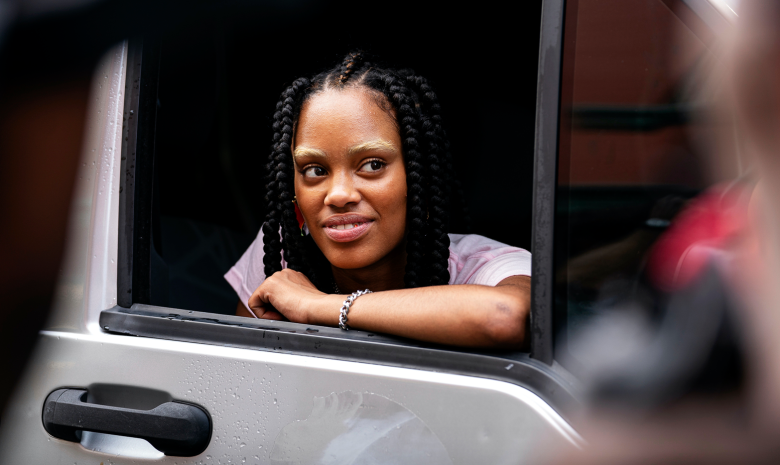 Unfortunately, even with funny writers like Moshe Kasher, Lesley Arfin, and Patricia Breen, “Betty” doesn’t hold together in the same way. The pilot episode hangs around a wild goose chase for a lost backpack, while the other half the crew gets high in the back of a van. Sure, we know skaters get high. And these kids look cool smoking blunts. But these subdued scenes would be more compelling if the stoned conversation was more clever, or if the actors felt more grounded in their relationships.

Though her direction is visually crisp and oftentimes arrestingly beautiful, Moselle seems to have stopped short at offering her newbie actors much guidance, instead settling for whatever semi-authentic naturalism they could muster. It’s thrilling to see such unprecedented characters on any screen, and “Betty” deserves credit for putting them there. But after expertly dancing around the actors’ shortcomings in “Skate Kitchen,” it’s a pity “Betty” seems to have moved backward in that regard.

“Betty” is at its strongest when shedding light on the particulars of gender and power as it relates to skateboarding, but also existing in the world as a young, relatively attractive woman. An encounter with a creepy old man who seems helpless at first is a smart way address the nuanced burdens that can gradually take their toll. While “Betty” is smart to never hit you over the head with it, the little disturbances are there every time a guy is rude to them at the skate park, denies being a harasser, or gaslights one of the girls that he’s not being weird — they’re being crazy. 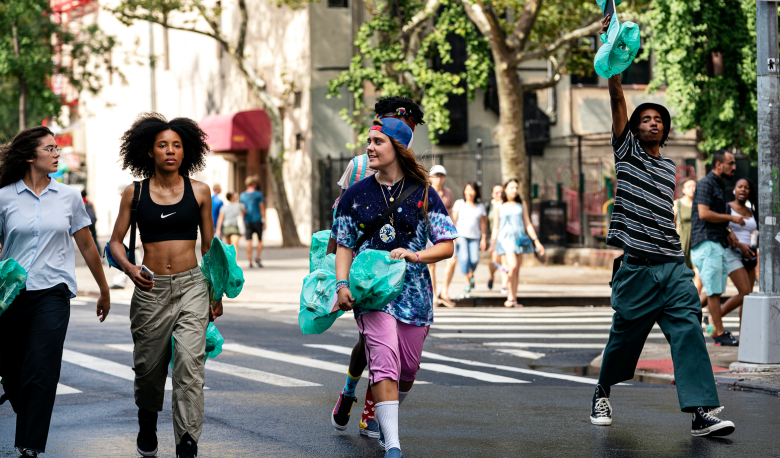 Janay has the heavy task of carrying this theme to its clunky conclusion, when she must accept that an old friend is not who she thought he was. Though the culminating scene lacks bite, the storyline makes “Betty” one of the first shows to dig into the ways #MeToo is affecting young people, who have the most to gain from changing mores, and the insidious ways women are taught to enable men’s bad behavior. Thankfully, the show ultimately celebrates friendship between girls, and Janay makes the right call in the end.

“Betty” has flashes of comedic genius, like when a black model says of a problematic shoot: “For two grand, they can cornrow my bush.” Kirt’s unabashed flirtation with any girl that moves is always good for a laugh, and she delivers these choice lines in her jargonistic, faded drawl. Sooting film while skating is “getting clips,” a really dope trick is a “banger,” and everything cool is “valid.” Kirt’s deadpan delivery is best applied to lines like: “We can’t just be fighting people’s dads like that.”

Much of the charm of “Betty” is in the actual skateboarding shots, which are arresting even to someone with very little knowledge or interest in the sport. The elevated aesthetics of skate vids permeate “Betty,” elevated by the saturated hues of a sweaty New York summer and technicolor scenester fashion. The perfectly curated music choices add to overall alluring vibe of the show. It’s unfortunate that “Betty” is mostly style over substance, especially when the style is this valid.