Before We Die: Channel 4 release trailer for drama

Before We Die stars actress Lesley Sharp, 60, as senior police officer DI Hannah Laing who has to work through a series of troublesome events. These land at her feet when her son, Christian Laing (played by Patrick Gibson) gets involved with the local mafia and finds himself embroiled in the dark world of crime. However, what should have been a sensational debut of the Channel 4 drama left those watching at home deflated as they couldn’t get to grips with what was happening and they took to Twitter to comment. 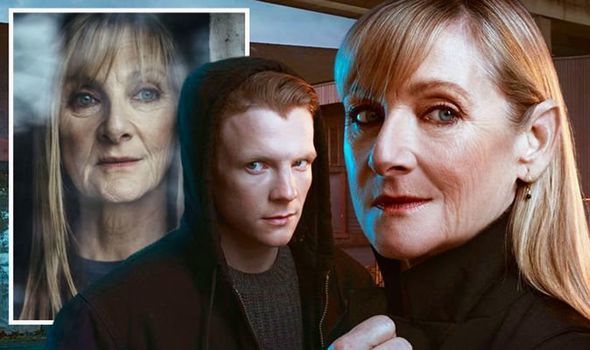 Taking to the social media platform, one viewer wrote: “What’s going on with the acting. And the sound? And the script? It’s all really odd #beforewedie.”

Another added: “Why are they all talking so slowly?! Is this some special Scandi Noir acting style? #beforewedie.”

Whilst a third commented: “Am I missing something about this #BeforeWeDie? There’s something realy off with the sound, language and acting. It’s just…weird.”

“Jesus, I thought I’d had a slow day… seems everyone on #beforewedie is in slow motion too,” a fourth shared with a fifth stating: “The timing seems off, it’s all very awkward #BeforeWeDie.”

“#BeforeWeDie cannot bring myself to watch this as the original language version was so good. Only series I have watched multiple language versions of was ‘The Tunnel’,” a sixth opined as they turned over.