Tonight, presenter Hugh Dennis and his team of archaeologists are heading to a housing estate in Newcastle – burrowing in search of Roman remains in what was once a fort on Hadrian’s Wall. Mr Dennis, famous for his roles in BBC sitcom Outnumbered and Not Going Out, will use his charm to convince locals to let him dig up their back gardens. It comes as four hour-long episodes have been commissioned after a pilot aired on Channel 4 became their most successful one-off programme of the year.

In the first episode of ‘The Great British Dig: History in Your Back Garden,’ the team headed to Maidstone, Kent, where they found fragments of pottery under the back gardens of Florence Road.

Archaeologist and lecturer at Newcastle University, Dr Chloe Duckworth told homeowners: “You’ve got a rim fragment of pottery – it could be Roman black burnished ware.

“Burnishing is when you rub the surface of the pot to make it quite shiny.

“This is a particular kind of recognisable Roman pottery. 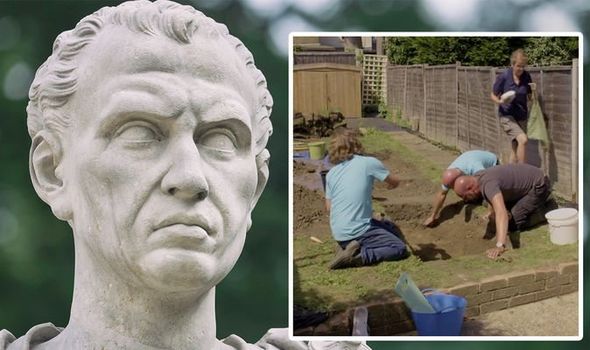 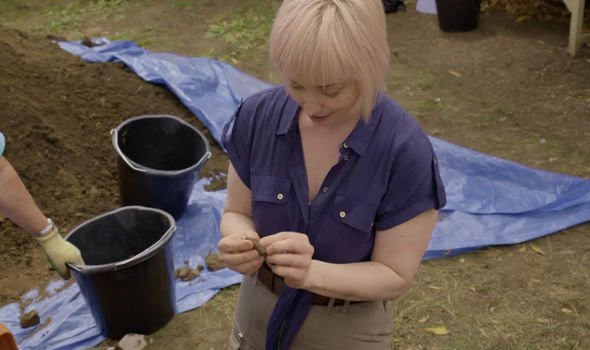 “Black burnished ware was quite a common Romano-British pottery type – it was made throughout Roman Britain.”

The archaeologist then handed the find over to Elizabeth Blanning – an expert in the Roman settlement in the local area.

She said: “The little glistening bits are mica, which is in the clay mix. 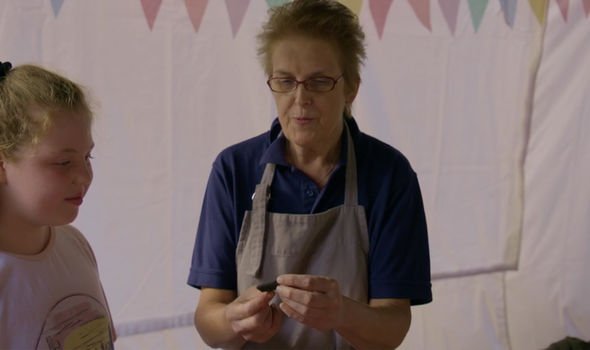 “It looks very much like a piece of Roman pot.”

Head of Digital Surveys at TJC Heritage, Marcus Abbot, managed to bring the artefact back to life using computer modelling.

He said: “We basically built a 3D model of this.

“We’ve put that 4D model of this tiny shard into the computer.

“From this, we are able to generate a profile – so, essentially, a cross-section that runs through here and down, estimating the rest of the vessel.

“We can then take that profile, spin it around and you end up with your pot in 3D.” 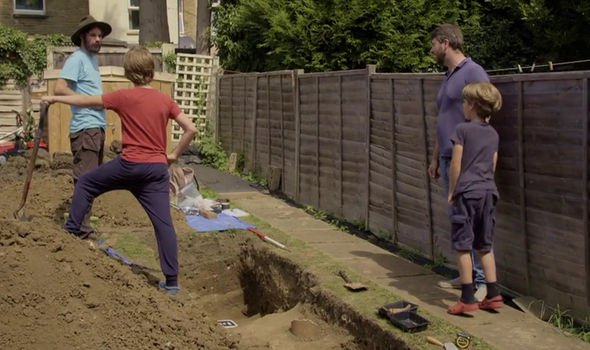 Mr Dennis revealed how the location “with a direct route into London,” led experts to conclude “this part of Britain was one of the key strongholds in the empire”.

And Dr Duckworth explained why the River Medway was central to their understanding.

She continued: “In the Roman period, and a lot in the past, waterways were more important than roads.

“We tend to think of roads or the wheel as being the most important invention, but actually waterways are ready-made modes of transport.

“I think one of the things that is most important about the Roman period, and the reason they were such a success, is because of this incredible infrastructure of trade and transport.

“That’s thanks to seas and rivers.” 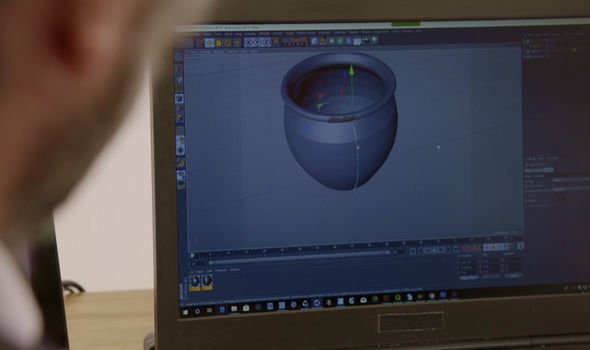 Archaeologists were inspired to excavate the area after the demolishing of a local pub turned up clues pointing to a Roman settlement.

But it was not the only piece of evidence.

In 2019, Channel 5 explored how stone used to build Roman London was pulled out of the ground in and around Maidstone.

Around 36,000 tonnes of Kentish ragstone were quarried, some of it from what is believed to be one of the largest man-made holes in Northern Europe.

The stone, believed to have been used to construct the Roman wall, is still visible in parts of the city, including Tower Hill Tube station.

Tonight’s episode of ‘The Great British Dig: History In Your Back Garden’ will air on More4 at 9pm.