Expert Lee Young analysed the figure on a recent episode of Antiques Roadshow, noting its good quality and authenticity. The BBC valuation show often sees some surprising numbers being made over seemingly cheaper items, and the owner was impressed when Lee unveiled that the item he’d paid just £30 for was worth the four-figure sum of up to £6,000.

The owner of the item clearly hadn’t expected too much from it after spotting it on sale for such a small amount.

But Asian specialist Lee didn’t have to study it for long to know that it was a good find.

Finding out more about the statuette, Lee asked: “Are you a collector, is this part of your collection?”

“Yes,” the guest replied. “I’ve collected things for many years now. I got this about six months ago, it was a nice little find at a car boot sale. 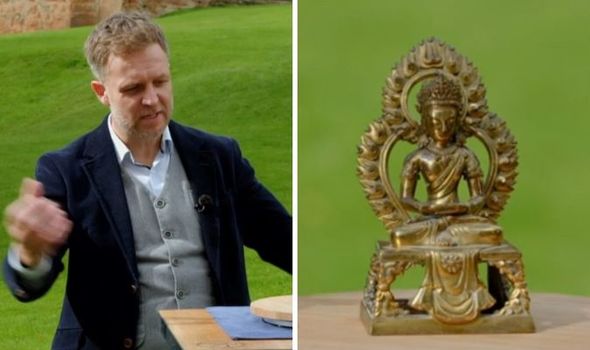 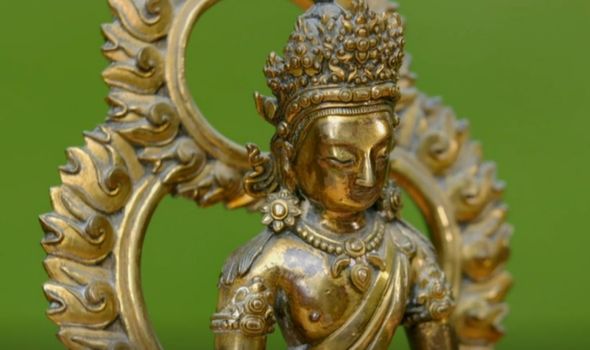 “I was just walking along the field and there it was on a stall – £30 and I picked it up and carried on my journey.”

Lee clarified: “So, that came from a car boot sale?” The owner explained that a friend of his has estimated that it was from the eighteenth century.

Lee was able to detect the figure was Chinese, and did in fact date from the 18th century, somewhere between 1736 and 1795.

He added: “What I particularly love about this one, is A – it comes to hand so very well, but you look at the quality of this wonderful kind of serene expression here, this fabulous jewels headdress and necklace there. 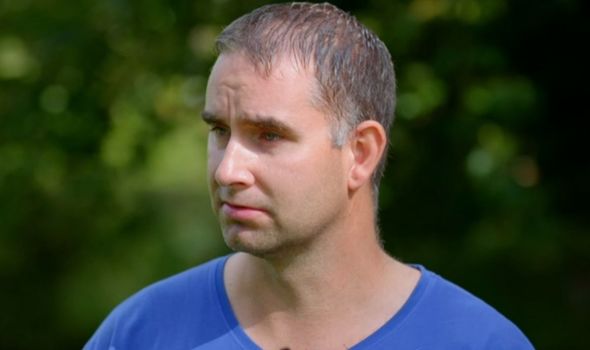 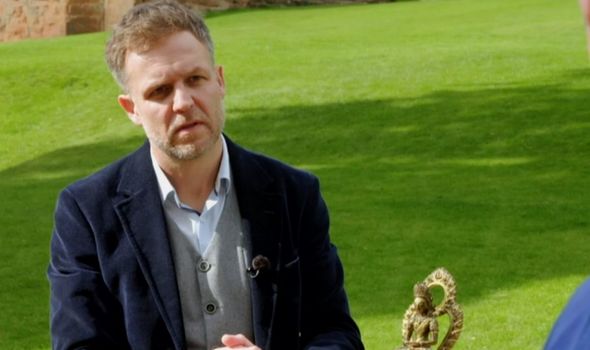 “And actually if I turn it over as well, in terms of the colour and patternation, that’s what you want to see on the other side.

“And let’s be honest, there are quite a lot of fakes coming onto the market but this has enough honest wear and patternation.

“And the quality is good enough to satisfy me that this is one that was made in the 18th century.”

Lee continued: “What’s unusual about this one is that more often than not I’m going to say they have a date cypher along the front there to the corresponding year.

“But with all those things combined that I’ve said about it, I have no hesitation in saying that I think if that came up at auction today it would carry a pre-sale estimate of between four to £6,000.”

“Yes, that’s really interesting,” the owner of the figure said. “I think it’ll be hard to surpass that for some time.”

For his good eye, Lee commented: “Well done you.”

The lucky collector later said: “I’ve always enjoyed going to car boot sales since I was a little boy.

“And you never know what treasures you’re going to find.”

Giving some expert tips, he added: “Knowledge is key – getting up early and getting out there.

“And another tip I’d give people is have a good breakfast before you get out because there’s nothing worse than walking around on an empty stomach.”

Antiques Roadshow is available to watch on BBC iPlayer.