Care Minister Helen Whately appeared via video link on Good Morning Britain for the second time this month. However, in a similar fashion to the first, Piers Morgan and Susanna Reid were giving the MP very little wiggle room when it came to answering the questions, with the former interjecting a number of times.

Piers took particular issue with the Care Minister’s answers in regards to the number of care workers who have died as a result of coronavirus.

The ITV presenter clashed with Whately over what the actual figure should be.

As such, an argument ensued, as Whately hit back at Piers to “stop interrupting” her.

However, viewers at home were less than impressed with both Whately’s answers and the interview as a whole, with several branding it “another car crash.” 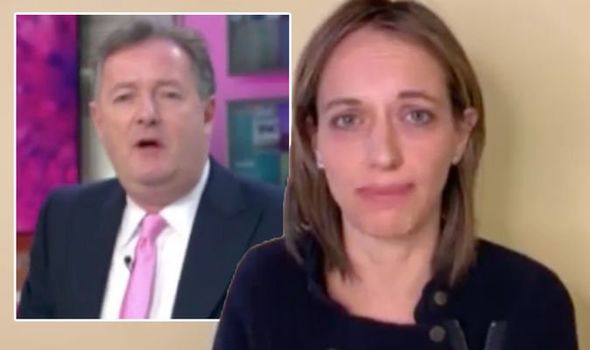 Taking to Twitter, one viewer said: “Another car-crash GMB interview with Don’t Care Minister @Helen_Whately. Seriously, why is she still in post?”

A second agreed: “That was another car crash interview from the care minister. She must have thought @piersmorgan was going to go lightly on her….no chance! Pointless and ineffective.”

While a third tweeted: “Another car crash of an interview from Helen Whately – utterly embarrassing…