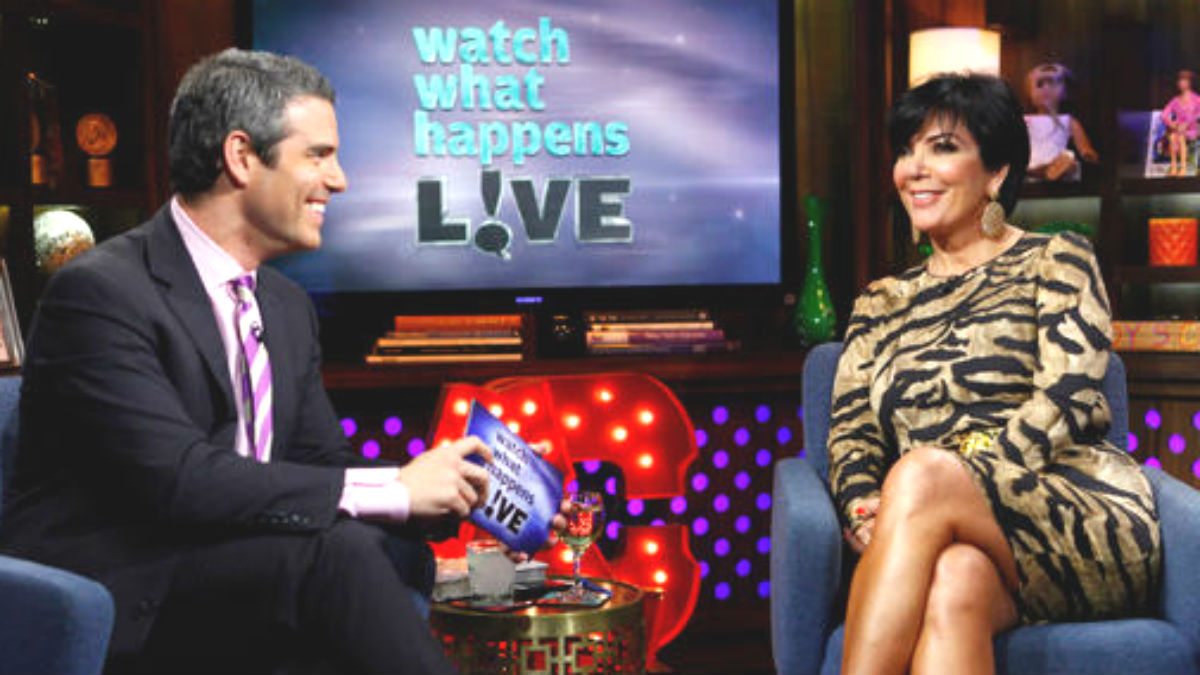 Sorry, The Real Housewives of Beverly Hills fans, Andy Cohen doesn’t think Kris Jenner will join the show after Keeping Up With The Kardashians ends next year.

Once news broke of the cancelation of the Kardashian and Jenner family’s mega-successful reality TV show, fans began clamoring for Kris to join RHOBH.

There is at least one cast opening since Denise Richards is not returning to the Bravo show.

Unfortunately, Andy, an executive producer on the hit franchise, doesn’t think fans will get their wish. His reasoning is pretty spot on too.

Andy was immediately flooded with DM’s asking him to cast Kris on RHOBH. The momager did make an appearance last year on the Bravo show.

Kris is good friends with Kyle Richards, so it wasn’t a stretch for her to guest star.

The Bravo personality opened up regarding the hot topic on his radio show. Andy admitted not all of the messages were in favor of thrusting Kris into the real housewives mix.

Several were RHOBH fans telling Andy adding the momager would be more of a disaster than casting Denise.

“I think it would be a huge get too, and by the way, she is already connected with the cast. She’s good buddies with Kyle. No joke, she knows everyone on the show. She is buddies with Lisa Rinna, too, I think,” Andy said on his SiriusXM show, Radio Andy.

Why Andy thinks Kris is a no go

Although the Watch What Happens Live host thinks adding Kris is a good business move for the show, he also knows it won’t happen. The reason comes down to control.

Fans of KUWTK know Kris has control of the show regarding what hits the airwaves, salaries, etc. She is an executive producer after all and has the final say on all of it.

That would not be the case should the momager agree to join RHOBH.

“Why would she leave and join a show that she has no control over? She wouldn’t be an executive producer of the show, she wouldn’t have control over the edits, so I think for someone who is used to having so much power over a show, I can’t see her surrendering that power,” he stated.

Andy is right too. Kris is a very savvy businesswoman. She has had control of the Kardashian and Jenner family’s image for decades. The momager is super strategic about information released to the public.

It is one reason Kris agreed to have the family do a reality TV show years ago.