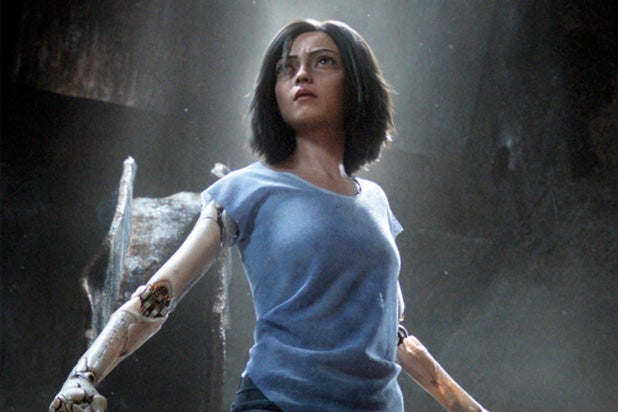 “Alita: Battle Angel,” the 2019 sci-fi and action film from Robert Rodriguez and James Cameron, is returning to theaters on October 30, Cameron announced on Twitter Wednesday.

The #AlitaArmy can rejoice at their chance to see the film on the big screen once again, which is likely one of the few studio movies that will actually open in theaters this month.

Though “Alita: Battle Angel” was a commercial flop in North America, grossing only $85.7 million on a $170 million budget, the film performed strongly overseas with a $404 million worldwide gross, and the movie has become a massive cult hit with a devoted fan base that goes by the name #AlitaArmy, many of whom are still clamoring for a sequel and to breathe life into the hopes that it can become a sci-fi franchise.

Rosa Salazar stars in “Alita: Battle Angel” as a big-eyed cyborg with lightning quick abilities and strength who is awoken after being deactivated for some time, but is unable to remember her past or her purpose. The film also stars Christoph Waltz, Jennifer Connelly, Mahershala Ali, Jackie Earle Haley, Ed Skrein and Lana Condor.

Rodriguez directed the film from a script by Cameron and Laeta Kalogridis based on a graphic novel series called “Gunnm” by Yukito Kushiro.

It’s unclear at time of writing how many theaters will be showing “Alita: Battle Angel,” but Cinemark advertised that it will be showing the film in a limited release with tickets on sale now.