Less than a month before the 2020 presidential election, creator Aaron Sorkin and most of the The West Wing cast have reunited for a special theatrical stage presentation of the season 3 episode, “Hartsfield’s Landing,” which will benefit When We All Vote, the non-profit organization launched by Michelle Obama, Lin-Manuel Miranda and others with the goal of increasing participation in elections. “Listen, all we care about is [that] we’re trying to drive fans of The West Wing to the polls. That’s our goal,” Sorkin tells ET’s Nischelle Turner, adding that the bonus was “we all got to get together and just revisit this thing that we love.”

Premiering on HBO Max on Thursday, Oct. 15, the performance will see cast members Dulé Hill, Allison Janney, Rob Lowe, Janel Moloney, Richard Schiff, Bradley Whitford and Martin Sheen officially reprising their roles for the first time since the show ended in 2005 for what Sorkin calls a “hybrid staged reading.” Joining them will be Sterling K. Brown as Leo McGarry, filling in for the late John Spencer, while act breaks will feature special appearances by Miranda, Obama, President Bill Clinton and there will be a musical performance by The Avett Brothers.

And despite airing 18 years ago, “everything [in the script] is the same, which I think is a testimony to his gift to rewrite material 20 years ago that still rings true to today,” Hill reveals.

When it comes to performing this particular episode, the actor says it’s because “it is about being involved in democracy.” He adds, “I understand why [Sorkin] chose that episode. Because it is about voting and who do we want our leaders to be, how do we want our leaders to be. That is a question we should be asking ourselves right now at the beginning, not as we are getting into it.”

Moloney, who returns as Donna Moss, echoes that sentiment. “Aaron was the one who chose it and he said it was a love letter to voting,” she shares, adding that “it shows a lot of contrasts, a lot of important themes that I think was a nice thing to look at right now” when it comes to the current political landscape.

“I think that everyone really wanted to help in any way that they could with voting and really help defeat [President] Trump,” the actress adds. “We all put our masks on and got on planes and showed up.” 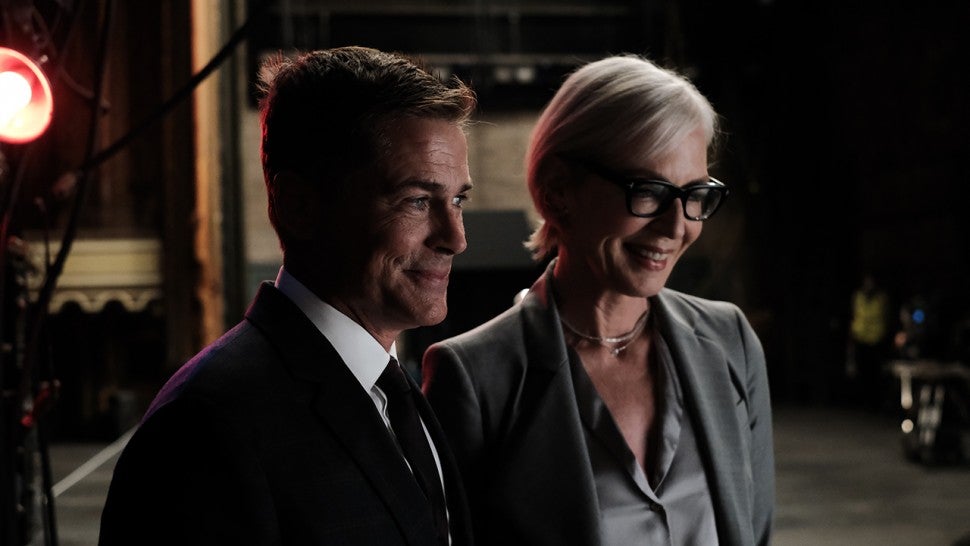 Filmed over four days in mid-September at the Orpheum Theatre in Downtown Los Angeles under strict COVID-19 safety protocols, Sorkin says the time was spent “getting lumps in our throat and getting goosebumps” as they brought the beloved series back to life. “It took them about three-and-a-half seconds to get right back there and have it, and have these characters again,” the creator says.

“It was incredibly poignant,” Moloney says. “To get together now, it’s just been such a difficult time for the country. I think it was especially sweet and kind of healing, at least for me. I really enjoyed it a lot.”

The actress says that after all these years, the cast is like family and genuinely love getting back together. “We knew how lucky we were then and we really enjoyed each other’s company then,” she continues. “I always said if you put all of us together at a party of a thousand people, we would’ve all ended up talking and staying up late that night together.” 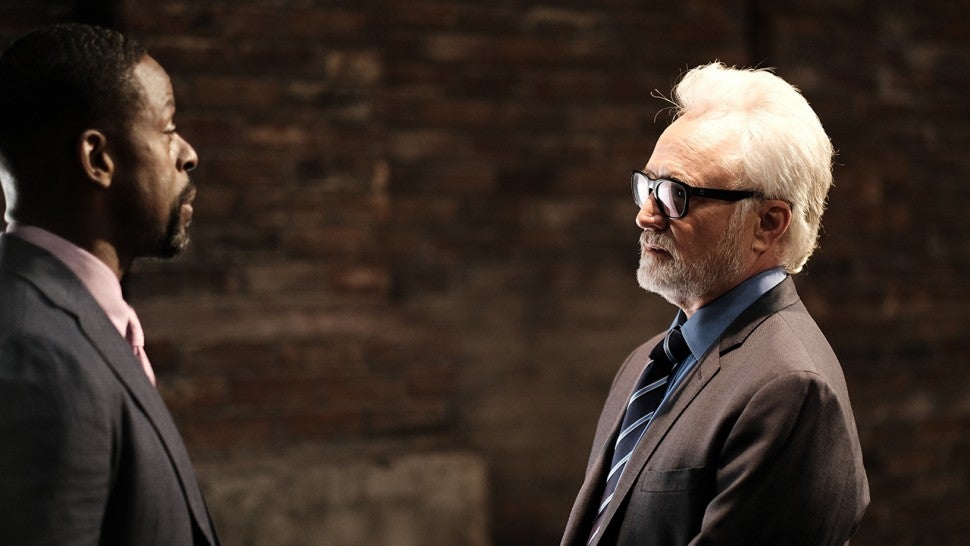 While it was a heartfelt reunion for everyone, there was one newcomer on set: Brown, whom Sorkin revealed he wanted to play the president in a reboot of the series. “He fit in really well and everyone really enjoyed being around him,” Moloney says of the This Is Us star being a natural addition while Hill adds, “Sterling has that gift in his performance, where he can translate so much through his face, through his eyes, through what he’s giving. All I know is that the audience is going to really enjoy that.”

As for the special guest appearances, Sorkin admits he understands “that some people don’t fully appreciate the benefit of unsolicited advice from actors. We get that. So, we wanted to make sure that there were some other voices in there being heard like Mrs. Obama and President Clinton.”

No matter what, “I really hope that you enjoy it,” Hill concludes.