In 1973 Texas cleaning woman Norma McCorvey became the most famous woman in America when her attempt to obtain an abortion became the impetus for the court case known as Roe v. Wade. The case is one that everyone has an opinion on and it is near impossible to divorce personal feelings from a given work, whether that be a book or documentary on the subject. So director Nick Sweeney’s attempt at neutrality with his documentary “AKA Jane Roe” is admirable, but at times impossibly baffling.

“AKA Jane Roe” sells itself as an attempt for Jane Roe herself, McCorvey, to set the record straight about her life. McCorvey was a poor woman who’d already had a child, had a second on the way (through rape, she claimed), and became the face of the biggest court case to affect women since the 19th Amendment. After that, she became a born again Christian, working with the controversial pro-life group Operation Rescue, and proclaimed abortion a sin. Sweeney’s lens appears to be: Where does the truth lie? Who is Norma McCorvey and what are her true feelings about abortion?

I say abortion because there’s hardly any insight into McCorvey’s life. The doc, clocking in at a little over an hour, gives a cursory glimpse into her background. She ran away from home at the age of 10 with a girlfriend, only for the two to be discovered and McCorvey sent to a girl’s reformatory for being a lesbian. McCorvey is brash and unrepentant, giggling and laughing to herself about the amount of boobs in the reformatory, an ironic bit of humor that this presumed punishment did nothing to change her sexual preferences.

And Sweeney’s camera is always focused on showing us who Norma is versus how she is perceived by others. It’s hard to fathom an old woman who spends her days coloring — her walls caked in colored pictures of gardens and birds — to be the face and voice of a movement that inspires such anger and hostility. And yet, Sweeney and crew never actively push McCorvey to answer anything tough. For a documentary touting itself as having McCorvey’s last interview — she died in 2017 — there’s no active instigation from the interviewer, although we hear him push other interview subjects.

Case in point, the revelation that McCorvey lied about being raped back in the early 1970s. Considering the rampant rape culture that still tells women not to come forward with allegations, it’s frustrating (and nearly irresponsible) for no to ask McCorvey why she did that and how she feels that rape culture today continues to not believe women who are attacked because of false claims like hers.

Maybe Sweeney’s intention is to perpetuate McCorvey as a liar and charlatan, and she certainly is that. Members of the pro-choice movement discuss her being a manipulator, one who would easily act to get her own way — but there isn’t much pressure from anyone to discuss that. One former collaborator says McCorvey’s confession that the rape wasn’t true caused her to be pushed aside by the movement, but the film’s final moments seem to imply none of that mattered to McCorvey. Who’s story is this? The woman who played the world like a violin or the “friends” who were taken by her story?

And, make no mistake, “AKA Jane Roe” is a documentary where everyone is out for their own ends. If this isn’t McCorvey’s story, it’s at least the tale of how numerous people on both sides of the aisle profited off of McCorvey, her story, and the abortion movement. It is jarring to transition from McCorvey’s poignant tale of growing up poor and abused to Flip Benham, a brash pro-life activist, talking about traveling to an “abortion mill.” 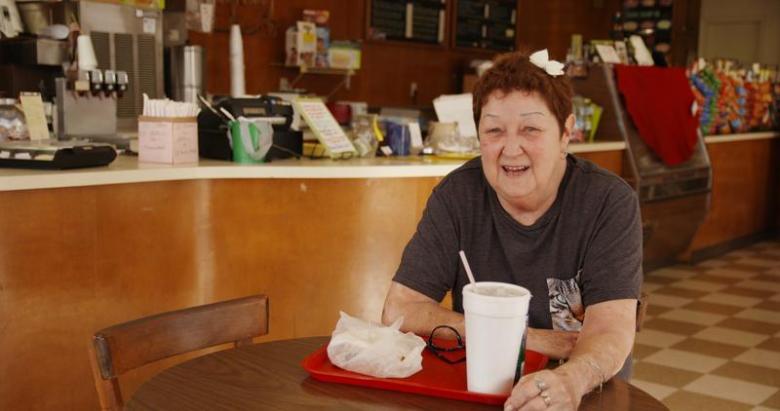 The documentary attempts to give a “both sides” look, showing the pro-life contingent, many of whom would be accused or cited for bombing abortion clinics throughout the 1980s with McCorvey, and the pro-choice advocates, who spoke in Washington D.C. If you know the history (or lived through it) there’s little new to see, at least until the final 20 minutes of the documentary when McCorvey outs herself as a huckster and another prominent pro-life reverend agrees that they exploited her. The saddest element to “AKA Jane Roe” is that McCorvey was little more than a pawn, regardless of how much agency she claimed to have had, and it’s even worse when she isn’t given her own chance to talk.

The final half of the documentary is probably where McCorvey herself speaks the most, but even then there isn’t much discussion short of her own participation in the dueling movements. There’s never discussion about her relationship with her daughter, Melissa, who was taken by McCorvey’s mother because of McCorvey’s lesbianism. Maybe Melissa didn’t want to participate but that’s never mentioned, so she becomes a shadowy figure in her mother’s life.

There’s also never any discussion about McCorvey’s decision to give up her children for adoption. People might be surprised to realize that McCorvey, despite wanting an abortion that kicked off Roe v. Wade, ended up bearing another child. Those deep discussions into her life choices and her personality lay on the cutting room floor, if they were ever asked at all.

“AKA Jane Roe” starts with a fascinating story but fails to go deep into the mind of a woman who was constantly changing. One of the most significant figures in the 20th Century is divisive, but it would have been great to narrow the focus to her feelings about that divisiveness and not the people who profited.