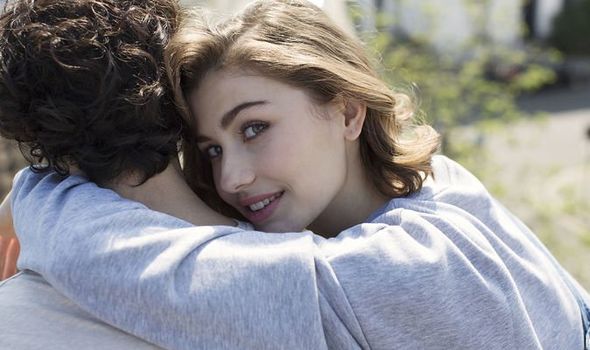 It emerged four in 10 have had sex during a night of drinking alcohol, while 13 percent have had intercourse and not remembered the following day whether they had used protection or not. Six percent have even found they, or a lover, were pregnant after having sex while under the influence of drink.

And four percent admitted to having had an alcoholic beverage AFTER finding out they were carrying a child.

This risk-taking behaviour appears to be down to a lack of knowledge – with only 15 percent being taught about alcohol in pregnancy at school, and 16 percent learning about the impact of binge drinking.

While 45 per cent of young adults remember learning about contraception, and 48 per cent about changes in their body, just 19 per cent had teachers educate them on what you can and can’t do before and during pregnancy.

Joanna Buckard, a spokeswoman for The National Organisation for FASD (Foetal Alcohol Spectrum Disorder), said: “It would seem that while sex education in schools covers broad topics such as the mechanics of having sex and what happens to your body through puberty, we are still failing our young people by not going into more detail about the consequences of certain behaviours.

“They are therefore reaching adulthood completely clueless about how much alcohol consumption counts as binge drinking, what impact drinking before and during sex could have, how to have a healthy pregnancy and what consequences there could be if you drink during pregnancy.

“The vast majority don’t know it risks lifelong brain damage to an unborn baby. This is evidenced through the 85 percent who said they didn’t learn about the risks of alcohol in pregnancy at school.

“We need to arm our young people with as much information as possible before they get to the point where they are experimenting with sex and drink.”

The study also found half of all young adults find it hugely embarrassing talking about things such as sex, drinking during pregnancy and sexuality.

This means four in 10 refuse to talk to their parents about such “taboo topics” – largely because they aren’t comfortable having the conversation (33 percent), don’t talk about sex in their family (25 percent), and don’t want them to know what they are doing (24 percent).

But while only 25 percent would consider talking to a doctor about sex issues in general, a reassuring 60 percent would pluck up the courage to talk to them about contraception.

When it comes to pregnancy, 62 percent of young adults wouldn’t seek advice from a doctor and 82 percent from anyone in a medical capacity – which is alarming because 55 percent say they are unsure how to prepare for a healthy pregnancy.

And just 21 percent would be prepared to talk to anyone in healthcare about drinking alcohol.

The poll, commissioned via OnePoll, found behaviours and access to information have worsened too during the pandemic.

As many as one in six adults aged 16-25 said it is harder to get access to contraception, while one in 10 feel their anxiety about sex and alcohol has increased.

As well as having more sex despite restrictions (14 percent) and drinking more frequently (11 percent), an incredible 10 percent of 16-17-year-olds have become pregnant.

Of these, a mere 29 percent have received medical advice about whether they should or shouldn’t continue to drink alcohol.

But just under six in 10 young adults do want more information and education, scouring the internet for advice on sex education, contraception, drugs, and sexuality.

Joanna Buckard, the spokeswoman for National FASD, added: “The situation those under 25 find themselves in is alarming.

“Information is power, but sadly we are still at the stage where young adults don’t know enough about the dangers of drinking in pregnancy.

“FASD can be caused by exposure to alcohol while in utero, but young people don’t understand that they are risking their pregnancy and lifelong challenges for the baby.

“It’s the furthest thing from their minds because we are not connecting the dots for them between boozy nights, sex and unplanned pregnancy.

“In fact there are so many unknowns, largely due to a lack of communication and sharing about things which are considered taboo.”