In John Wylie’s final week as chairman of Sport Australia, two remarkable things happened in a sports sector where insecurity of funding is matched only by bureaucratic resistance to change.

The first was Sport Australia being able to tell all Olympic and Paralympic sports what their high performance funding would be through to the end of the 2022 financial year. The second was cycling, a sport not long ago considered an organisational basket case, completing the most ambitious restructure attempted by any sport since federation. 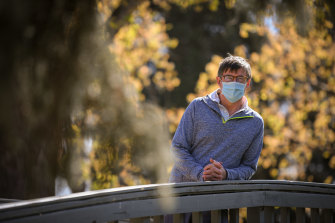 Although the money attracted the headlines, the birth of AusCycling, a modern, national sports organisation which now houses road, track, BMX and mountain biking and an immensely popular recreational pastime, is of more lasting significance.

In an interview with The Age and The Sydney Morning Herald to mark the end of his eight year tenure, Wylie described the merger of 16 separate state-based entities along with their assets and staff into one member-controlled company as a historic reform which would position cycling as one of Australia’s most powerful sports.

Sport is rarely kind to such hubris and the full benefits of the merger may take years to realise. Yet, Wylie’s enthusiasm for what cycling has done is genuine. A sport on the brink of insolvency and mired in state blazer politics has become the poster child for the defining cause of Wylie’s leadership.

“I can’t tell you how hard it has been," says AusCycling chairman Duncan Murray, a financial capital and management adviser persuaded by Wylie to take over Cycling Australia and revamp the sport’s dysfunctional governance. 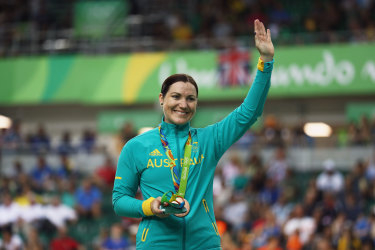 “It has been three years of relentless talking and cajoling and negotiating. We have shone a light on the suffocating effect of the federated model and for the first time as a sport, had a really honest conversation about that.’’

The federal government has not announced who will replace Wylie as the head of a peak sports agency which has been poorly served by a revolving door of sports ministers – Senator Richard Colbeck is the ninth Wylie has answered to – and undermined by the current government's misuse of community sports grants for electoral gain.

Wylie’s chairmanship has never been far from public spats about money, both the quantum available for Olympic sports and the formula by which it is distributed. The final score may surprise some; high performance appropriations are this year 12 per cent higher than they were at the time of the London Olympics, even after inflation is taken into account.

The base level of high performance funding since 2012-13 has fallen in real and nominal terms but over the past four years, the federal government has made up the difference with a series of short-term grants. The most recent of these will provide Olympic and Paralympic sports an additional $55 million towards their Tokyo 2021 preparations.

Although Wylie was unable to deliver on his game-changing ambition for a UK-style national lottery to create a new revenue stream for Olympic sports, he leaves government funding for sport in marginally better shape than he found it.

“The situation with high performance funding is widely misunderstood,’’ Wylie says. “Frankly, the fact that a lot of these funding commitments have been two-year programs means the government doesn’t get the credit it should for putting additional money into the system.

“It is clearly preferable that these get converted into longer-term commitments for the sector. But the sector needs to take more responsibility for improving its own finances and its own competitiveness rather than simply asking government continually for more funding.’’

This is where governance has become a carrot and a stick. The most dramatic example of the latter is equestrian, where Sport Australia's decision to withhold funding in response to chronic boardroom instability this year forced the sport into administration. 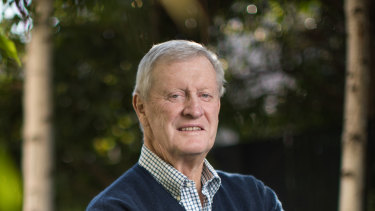 Leigh Clifford says he is optimistic about the new governance of Equestrian Australia.Credit:Jason South

Leigh Clifford, a former Qantas chairman who joined and then quit the EA board after his reform plans were frustrated by state associations, oversees the sport’s high performance program. He said the threat of insolvency finally convinced five of six states to support a governance overhaul.

This includes redrafting the sport’s constitution and the appointment of a new board untethered by state allegiances. “It has been a drawn-out process but there is a hell of a lot of optimism that Equestrian Australia will be a pretty good place," Clifford says.

The drag that traditional, federated structures have on Australian sport was identified more than 10 years ago by the government-commissioned Crawford Report into the future of Australian sport. It called for the directors of national sports organisations to be selected on merit rather than appointed by the states.

Wylie says that, despite the benefits such reforms in terms of appealing to national sponsors and giving individual members more say in the affairs of their sport, too many Olympic sports remain unwilling to embrace change.

“When you have 13 Olympics sports that have 125 boards with 952 directors and a ratio of almost one board member for every staff member, common sense tells you that is not a competitive structure in the modern sports marketplace," he says.

“Australia is massively well-served by an army of 3 million volunteers who work in sport. The area that needs continued attention and improvement is getting the structures right. There is still too much instability, infighting between the states and between the state and national level. There is excessive bureaucracy, duplication and loss of revenue opportunities. These sports are going backwards.’’

Wylie’s push to modernise sport reshaped Sport Australia, which was rebranded from the old Australian Sports Commission and separated from the Australian Institute of Sport, a 40-year-old institution which has nationalised its operations and redefined its purpose and is currently contemplating a radical redevelopment of its Canberra campus.

The clash between the Wylie agenda and the status quo played out spectacularly in the 2017 Australian Olympic Committee elections, in which Wylie backed a campaign by former Hockeyroo Danni Roche to unseat one of the most powerful and enduring figures in Olympic sport, AOC boss John Coates.

The campaign was ultimately unsuccessful but forced the AOC, under chief executive Matt Carroll, to address cultural issues that had festered for years within the organisation. 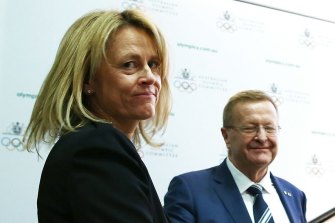 Coates, a newly appointed IOC vice-president, has never forgiven Wylie for what he saw as government interference in the internal processes of the AOC. Wylie says he respects the independence of the AOC but argues that, as the largest funder of Australia’s Olympic programs, Sport Australia has a stake in the AOC being well run.

“We are entitled to a view and I think the culture of the AOC has improved as a result of what happened in 2016 and 2017,’’ he says. “I wish the AOC and John Coates all the very best and sincerely hope he and everyone else involved in the bid for 2032 succeed in pulling that off."

Coates is less charitable. “My views about John Wylie and his performance are well known and have not changed," he says.

Tennis Australia chief executive Craig Tiley says that under Wylie, Sport Australia has gone from being a funder of sport to providing genuine leadership in the advancement of women’s sport and parasport, sports governance and the next frontier confronting all sports: digitisation and emerging technology.

He says that, although structural reforms will never glitter like Olympic gold in the public eye, it is an area where Sport Australia should continue to push hard.

“The most significant impact Sport Australia can have is in sports governance and John championed governance reforms more than anyone else previously," Tiley says. “I think Australia needs someone who can be brave on it and not worry about the political ramifications because it is the right the right thing to do.’’