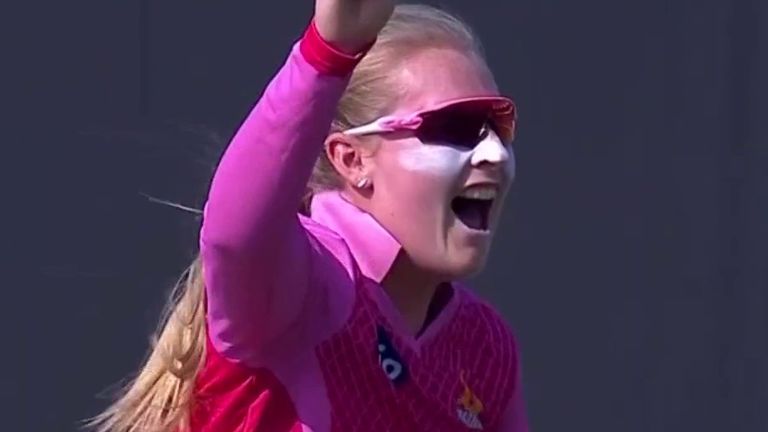 Ecclestone, the No 1 T20 international bowler in the world, picked up the key scalp of captain Mithali Raj to send Velocity spiralling from 19-1 to 47 all out in just 15.1 overs.

Only three players made double-figure scores for Velocity, who were trounced as Deandra Dottin helped herself to 29no off 28 balls.

Seventeen-year-old Richa Gosh sealed the match in style with a six as Trailblazers reached 49-1 off just 7.5 overs.

Both teams now have two points in the table but Velocity, having played both their games, could be beaten to a place in the final should defending champions Supernovas beat Trailblazers on Saturday – a match you can watch on Sky Sports Cricket from 1.50pm.

Ecclestone was despatched by Shafali Verma (13) for a straight six in her first over after Velocity chose to bat, but thereafter wreaked havoc.

Raj was trapped lbw by one that slid on, while Veda Krishnamurthy was also undone by some extra pace as she played back with Ecclestone bagging a double-wicket maiden.

England team-mate Danni Wyatt – dismissed for a duck in Velocity’s five-wicket win over Supernovas on Wednesday – resisted Ecclestone’s probing line only to fall for three trying to hit Jhulan Goswami (2-13) over mid-off. 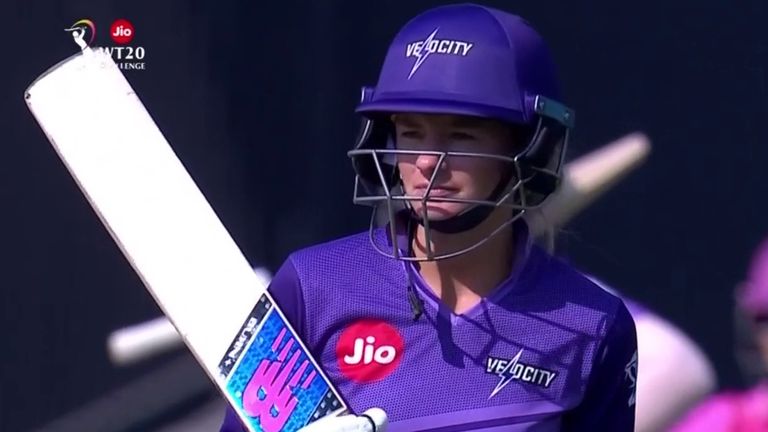 A score of 19-4 quickly became 21-5 as Sushma Verma played back to Ecclestone and opened the face, looking to run the spinner down, and had her stumps shattered.

Velocity hopes of a revival rested firmly on the shoulders of Sune Luus, who together with Verma had steered the franchise to victory in the tournament opener, but this time the South African fell in tame fashion as she chipped a simple return catch back to Rajeshwari Gayakwad (2-13).

That was the first of two wickets in as many balls as Gayakwad cleaned out Sushree Pradhan for a golden duck and although Shikha Pandey (10) and Leigh Kasperek (11no) chipped in, Ecclestone returned to wrap up the innings by trapping Jahanara Alam lbw.

Dottin’s intent to wrap up the chase quickly was clear from the off and, although skipper Smriti Mandhana fell cheaply to Kasperek, the result was quickly sealed.

Our live coverage of the Jio Women’s T20 Challenge continues at 1.50pm on Saturday on Sky Sports Cricket, when Trailblazers take on Supernovas.